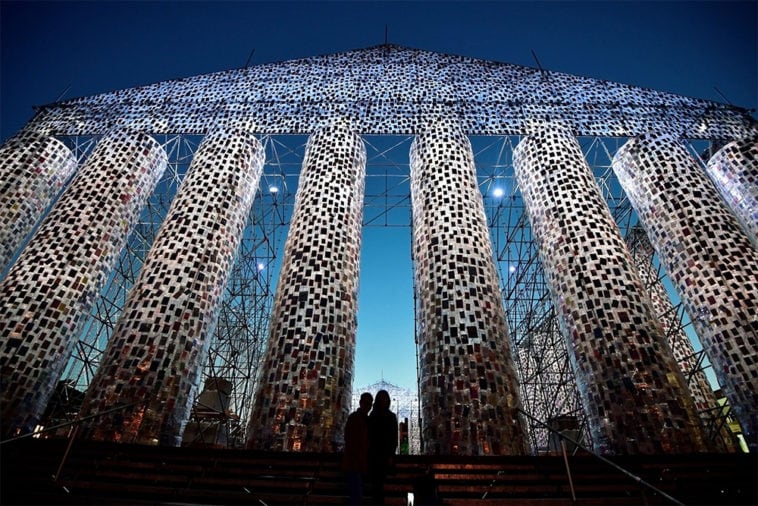 South American conceptual artist Marta Minujín has set up a towering architectural installment in Germany known as The Parthenon of Books, a scaffold replica of the famed Greek temple clad in 100,000 copies of prohibited books. The piece is now on view in Kassel, Germany as a part of a 100-day artwork exhibition named Documenta 14.

Minujín worked with pupils from Kassel University to spot 170 names which have been historically prohibited globally by various associations and sought help from the people to acquire donated copies. The books were wrapped in a protective plastic coating to protect them from the elements while still enabling people to recognize each name easily.

A previous version of this Parthenon of Books was initially set up in 1983, referencing an occasion in Minujín’s native Argentina where novels in which captured and locked up within a military junta. This new iteration rests on a website where Nazis burned books by Jewish and Marxist authors in 1933 as a part of a broad effort of censorship.