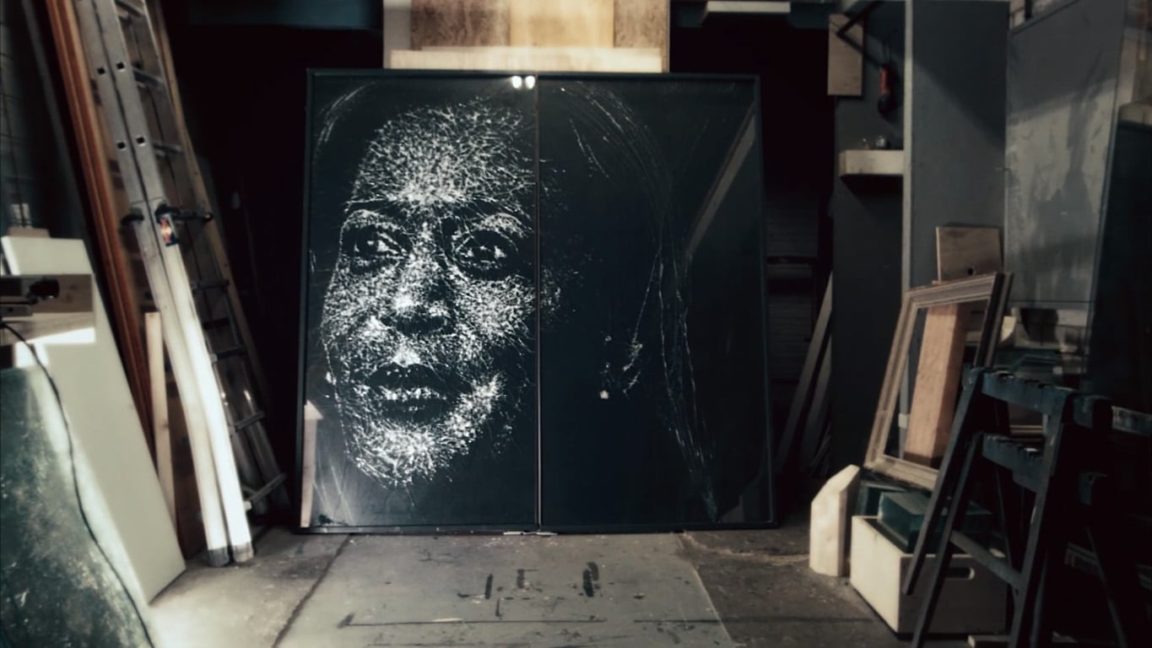 Simon Berger is a Swiss artist who creates striking portraits by shattering glass. He sits atop the fresh pane and brandishes his hammer to make strategic taps onto the surface, producing spider web-like motifs and rendering an almost 3D form with only one color: white where he has struck it time after time. His work differs from traditional painting in that everything highlighted -such as your forehead – is accomplished through him hitting that same part of the glass over again until it shatters into tiny pieces creating what looks like snowflakes whose shards create those highlights on your face we see every day while brushing our hair or looking at ourselves in mirrors. This method is called “painting with targeted fine hits.”
The artist has spent three years perfecting his approach. “The first glass picture was created in 2016 while experimenting,” Berger tells My Modern Met. “I was immediately enthusiastic about this possibility because I am always striving to find a new form of representation.” He likes creating beautiful things through destruction and says that it is the only way he knows how to do so on an art level, yet still remains true to himself as an individual who does not shy away from difficult conversations with society’s most vulnerable people or their experience.

One of the most exciting projects Berger has worked on recently was a shattered glass portrait he created in just one day for Vice President Kamala Harris. The medium is fitting, as she became the first female to hold this position and also broke down barriers by becoming both Black and Asian American simultaneously. She hung it at National Mall in Washington D.C., where crowds of people came out to see her artwork while admiring such an inspirational woman who had truly broken through all obstacles that have stood before her throughout life!
Berger’s work can be seen in a video that shows him painting Harris’ portrait, as well as his other incredible works.