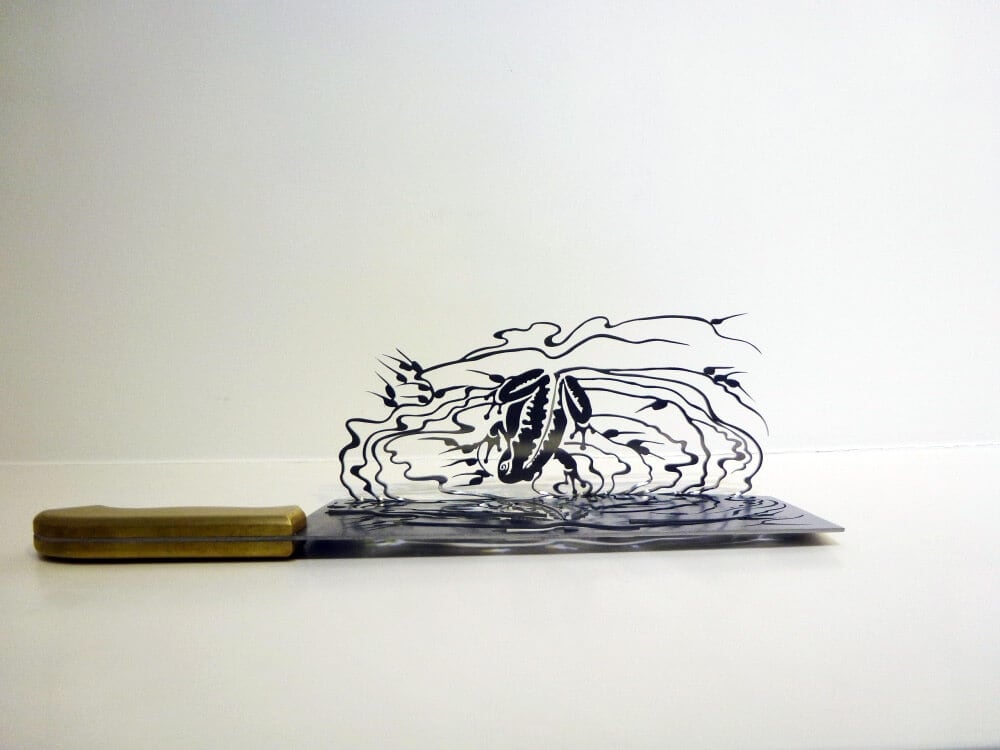 In his recent mysterious series Shadow of Knives, Chinese artist Li Hongbo makes a cut-throat statement on the state of human beings and our influence on the planet. Skillfully crafting silhouette metal artworks from old butcher knives, he creates birds, deer and even human skeletons.

The Contemporary by Angela Li, the gallery that hosted an exhibition of the Shadow of Knives, explains the sculptures as a warning to society:

“Human beings will eventually destroy themselves because of their gluttony and their abuse of animals.”

Many of the carvings remain connected to the butcher knives by a small strip of metal, creating sculpture that acts as the so-called “shadow”, while the knives themselves retain a round shape, reflecting this effect. 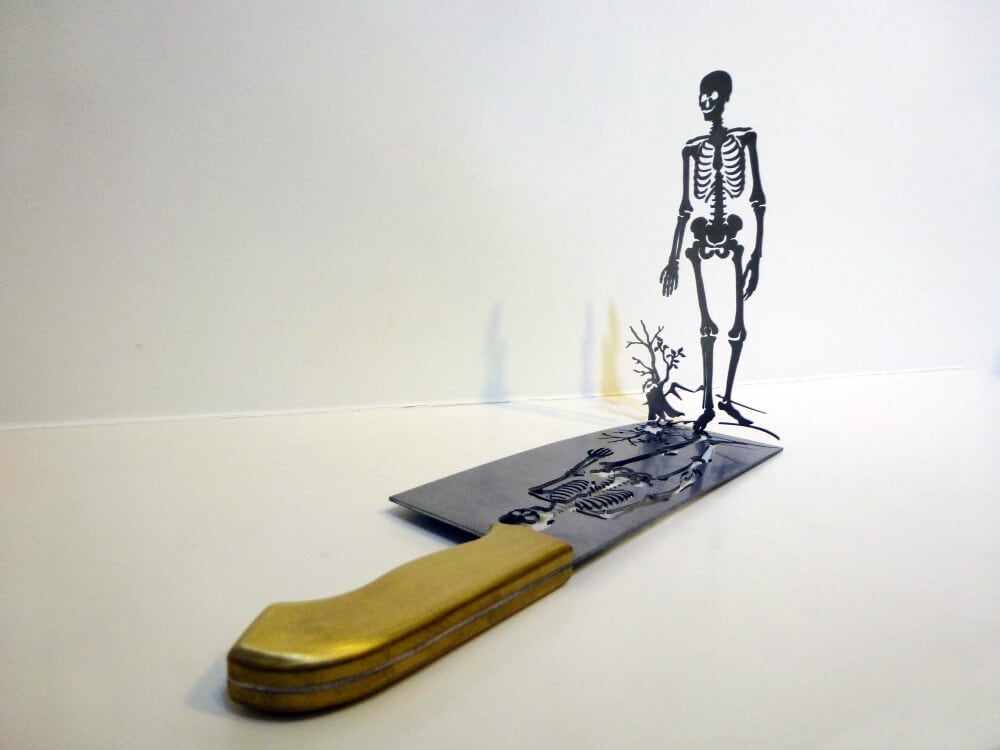 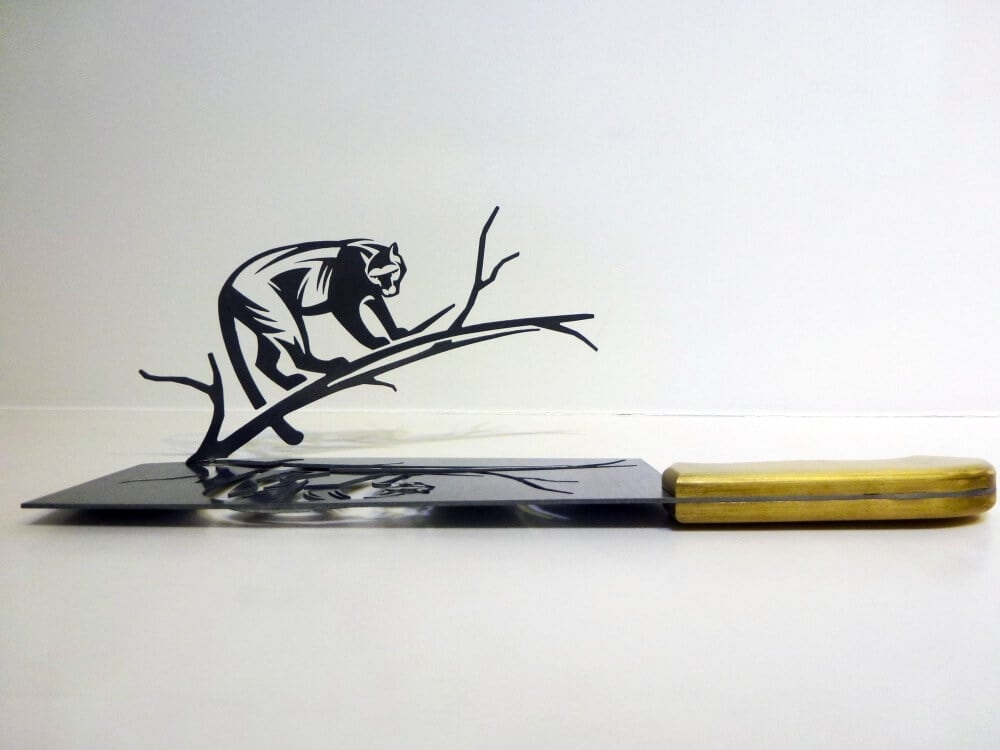 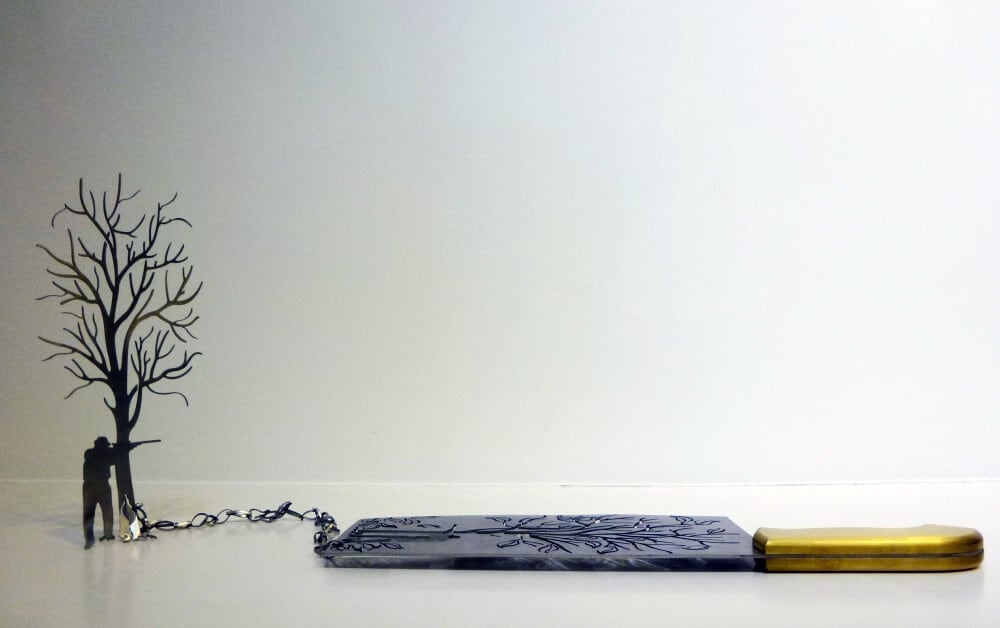 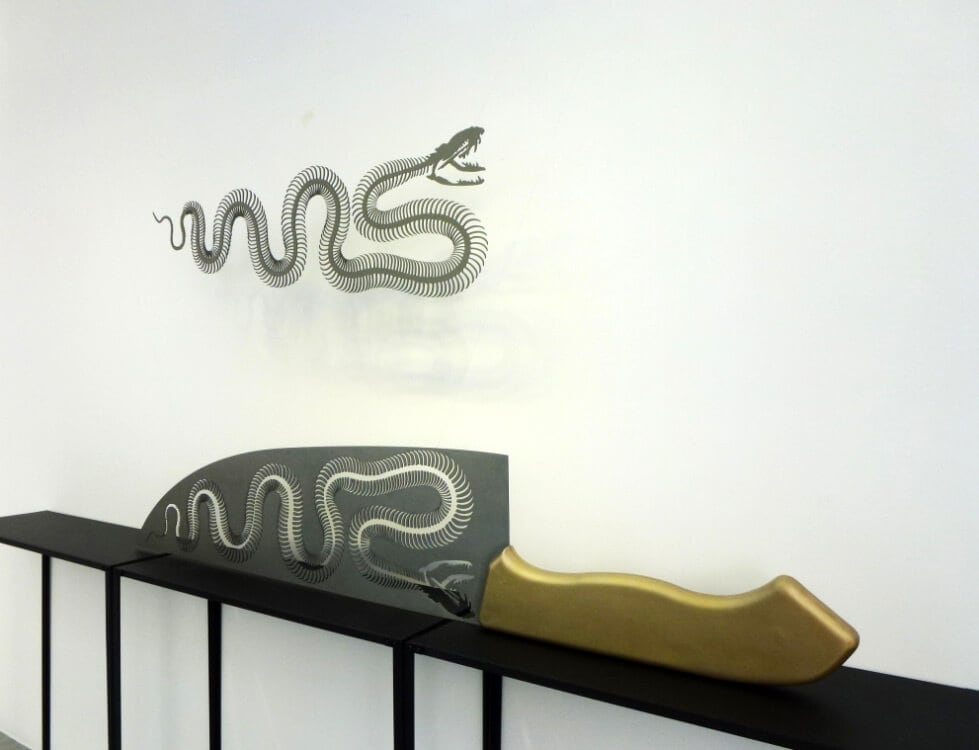 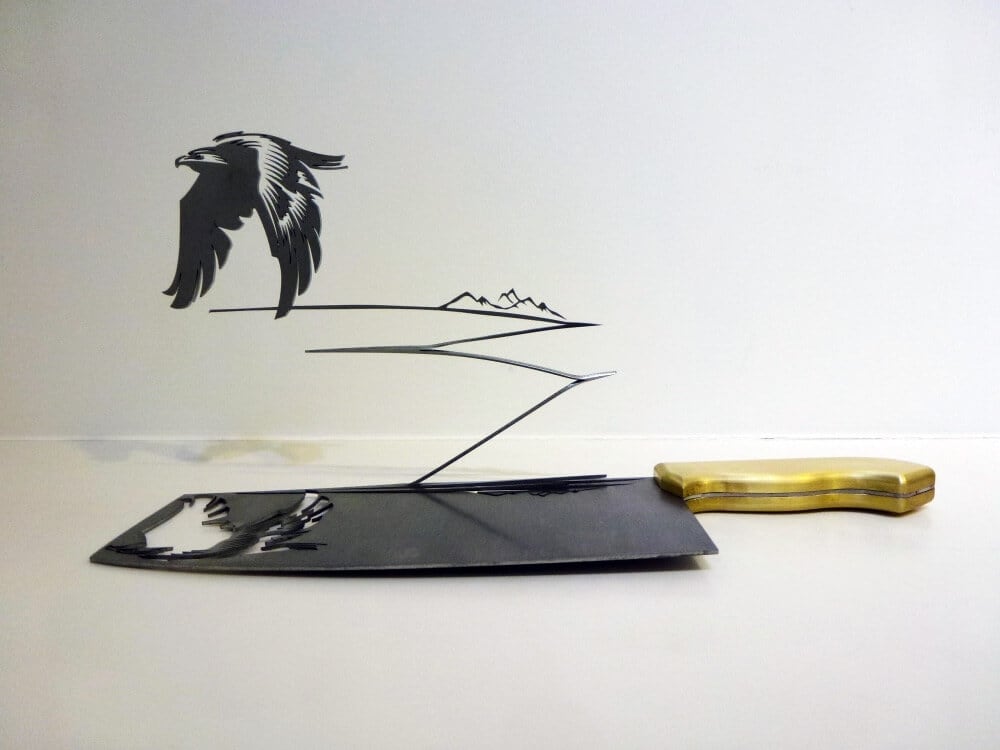