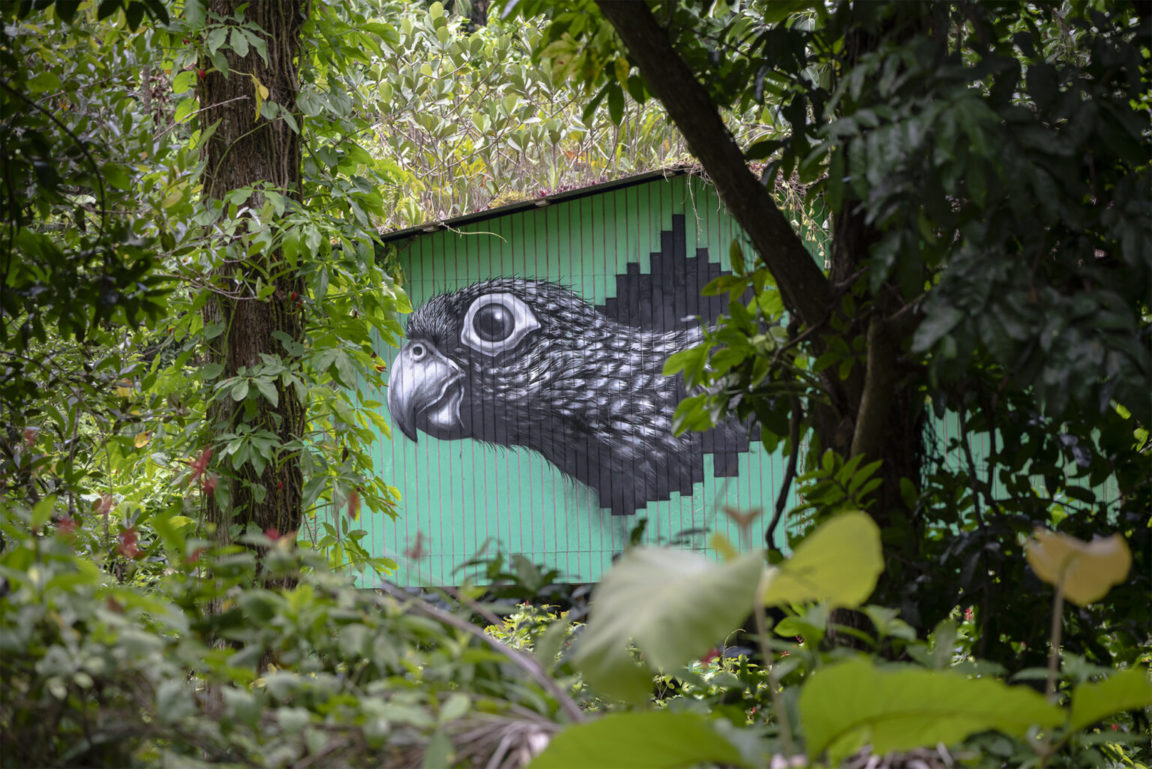 ROA, the Belgian street artist, famed for his monochrome murals, has been touring Puerto Rico painting his signature images of native creatures like parrots and seahorses as well as invasive species like lionfish. His most recent work in Isla de Cabras depicts anatomical detail with animals that represent life and death.

The theme of ROA’s paintings is not unfamiliar to him; he often juxtaposes life and death in his work. In this mural, a seahorse floats above an ominous-looking lionfish while smaller drawings show their skeletons on the wall below them. Depicting both native creatures like parrots and seahorses, as well as invasive species like lionfish, these massive pieces celebrate the region’s biodiversity while also showcasing how far it strays from what was originally there. The larger mural is also indicative of ROA’s old-style – he usually draws detailed backgrounds but with bold outlines instead of using much shading or color. Spanning 160 feet, the massive artwork positions a plump, wrinkled manatee alongside a lengthy skeleton.

The ongoing project has produced 15 murals so far and is a collaboration with Elegel Group. You can find out more about the impetus behind each animal on Instagram.