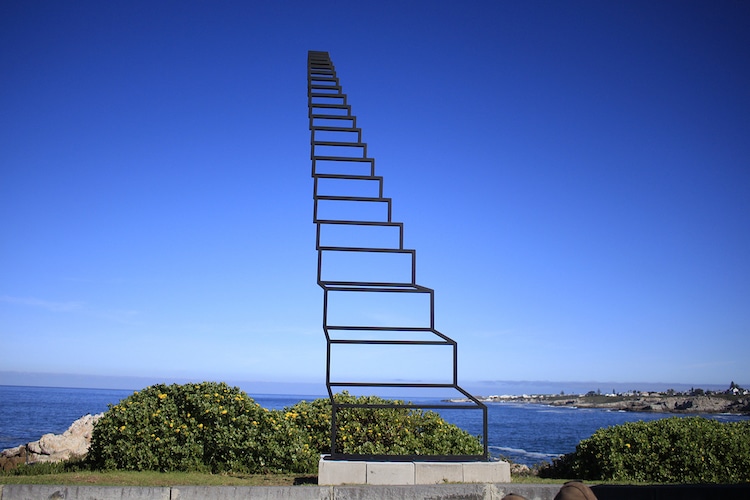 The Staircase to Heaven is a staircase that appears to ascend into the heavens. When you view this stairway from a new perspective, it becomes merely a vertical ladder with 14.8 feet of height! Strijdom van der Merwe is a South African land artist who created this optical illusion. It’s one of his most recognized works. It’s no surprise that this project has been so well-received – not only does it produce fantastic photographs, but something is intriguing about how people might be fooled into believing they’re viewing something else than what they are.

In 2016, van der Merwe produced a similar piece for the 2014 Taipei Biennial. However, in 2021, the design was changed to create a one-of-a-kind work for Taiwan’s Nanhui Art Project in Taitung County. The exhibition was organized by 14 artists who presented public installations. Each piece was shown alongside the four villages and tribes in Nanhui’s natural surroundings. 2021 was the year of “Sicevudan From Here.” The word sicevudan means “source” and “convergence” in Paiwan. In this scenario, the artists examined how art might help people bridge their differences.

Staircase to Heaven was created by Van der Merwe and Chou Sheng-hsien, who teamed up. Sheng-hsien utilized van der Merwe’s design sketches and instructions to construct the work from steel square tubing. The finished work encourages users to playfully interact with the design and think about the clever optical illusion.

You can find additional works by Van der Merwe on his website, including Staircase to Heaven.