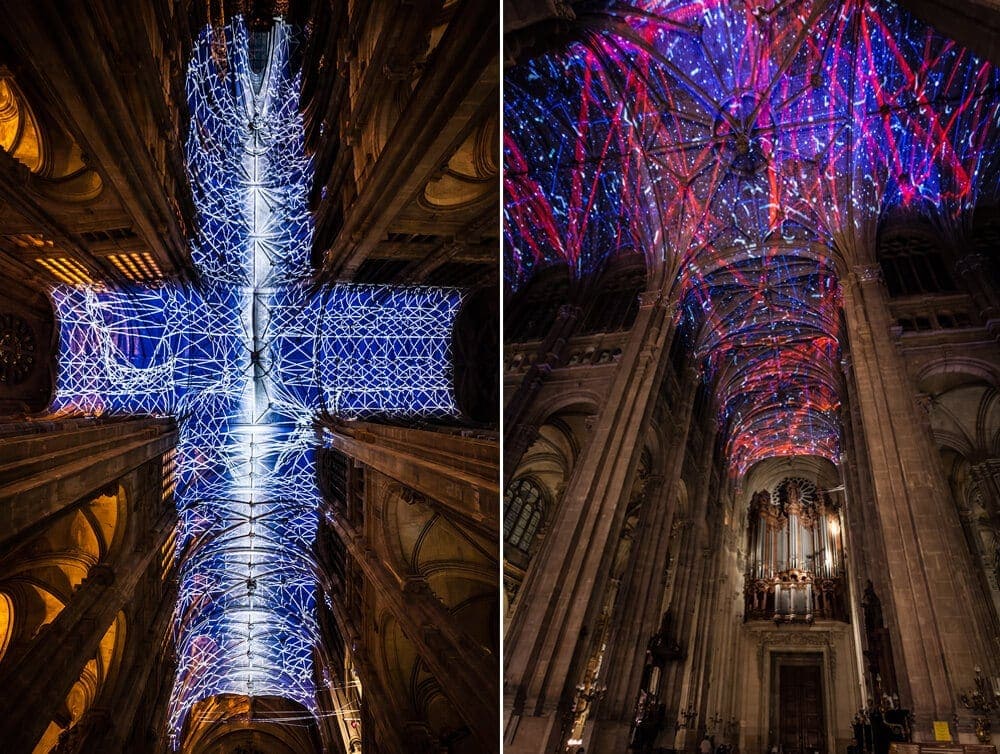 Projected onto the ceiling of Saint-Eustache Church in Paris, Voûtes Célestes is a work by Miguel Chevalier that transformed the ancient chapel into the backdrop for a continually morphing sky chart designed in real time. Cycling through 35 various colored networks, the ceiling glowed with each progressive pattern, highlighting the grand architecture that laid below the twisting universes above.

The work, conducted by musical improvisations played by Baptiste-Florian Marle-Ouvrard on the organ, was written for Nuit Blanche 2016 on the first of October. Guests to the virtual reality artwork were asked to wander or lie down beneath the false sky above, immersed in a wash of sonic and visual splendor.

Chevalier was born in Mexico City in 1959 and has lived in Paris since 1985. His work has concentrated almost completely on the digital since the late 1970s, often mixing themes such as nature and art. 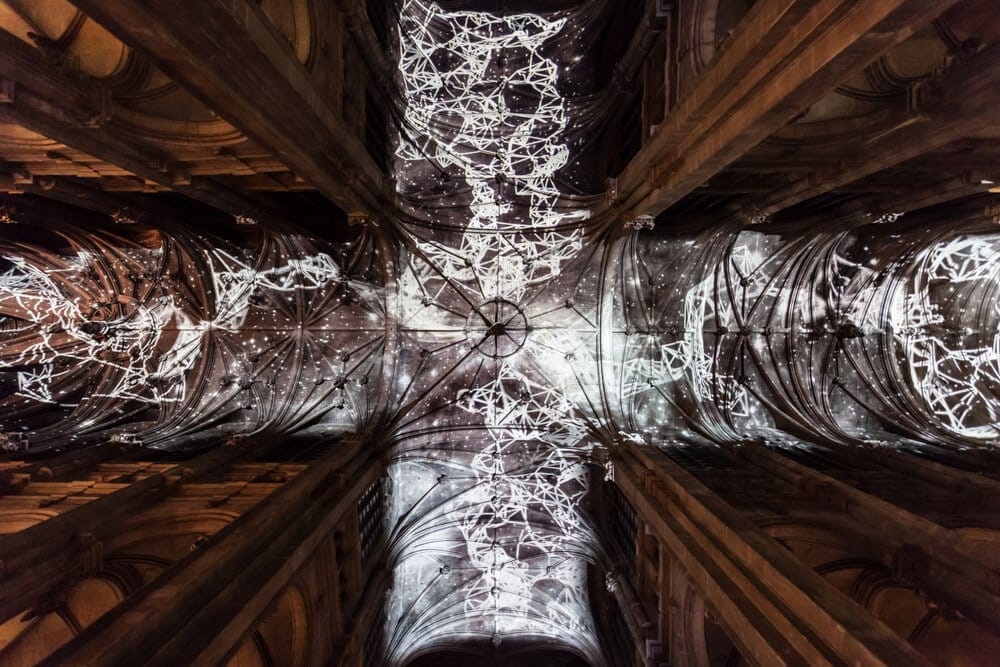 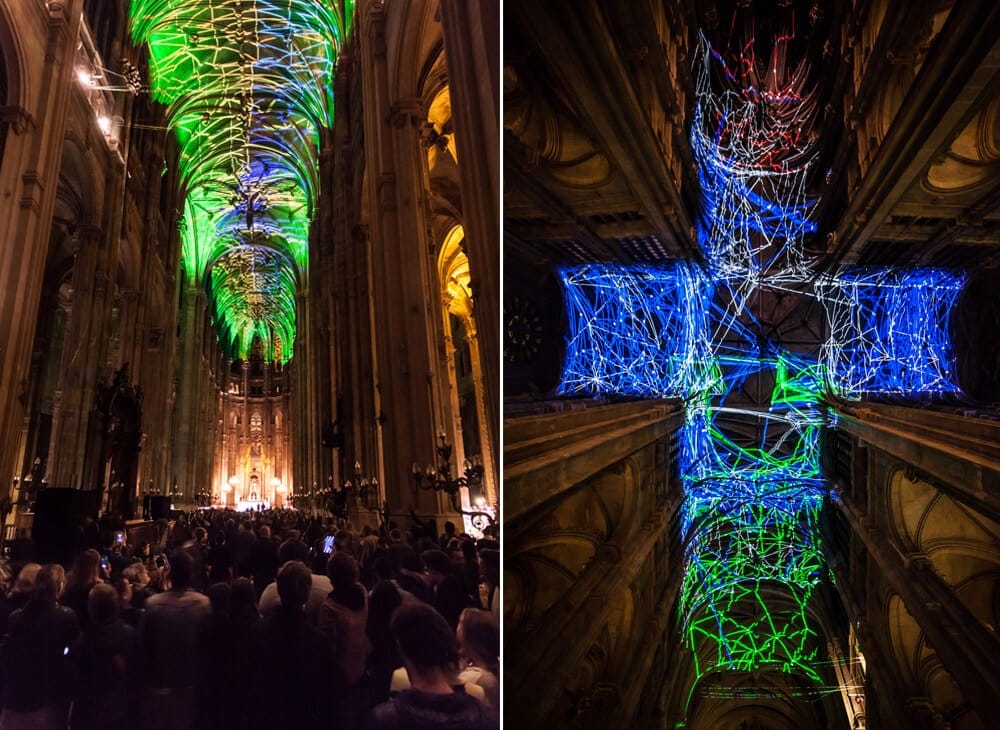 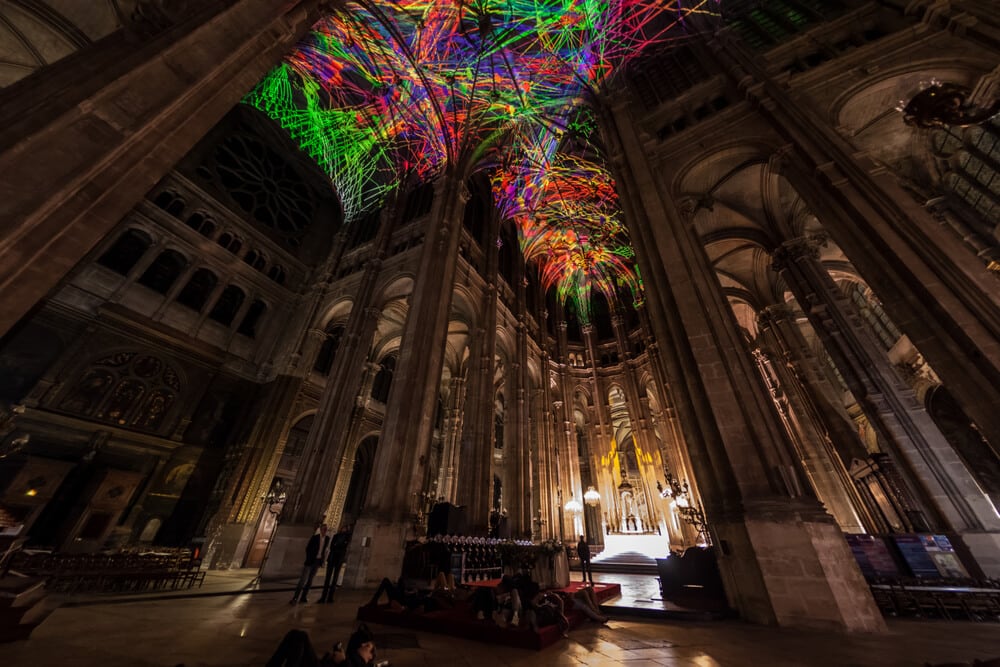 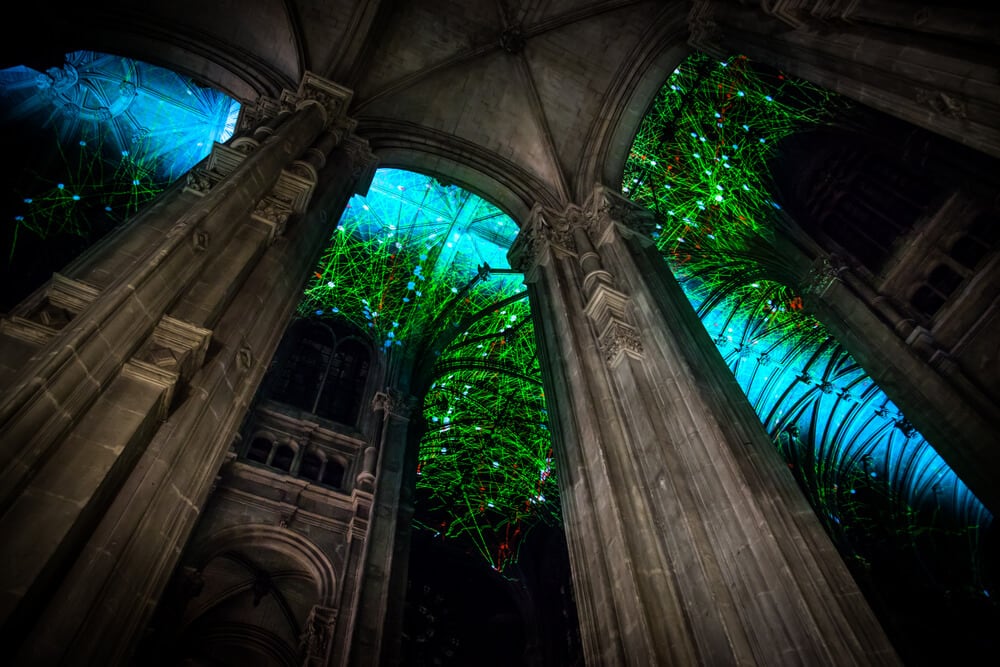 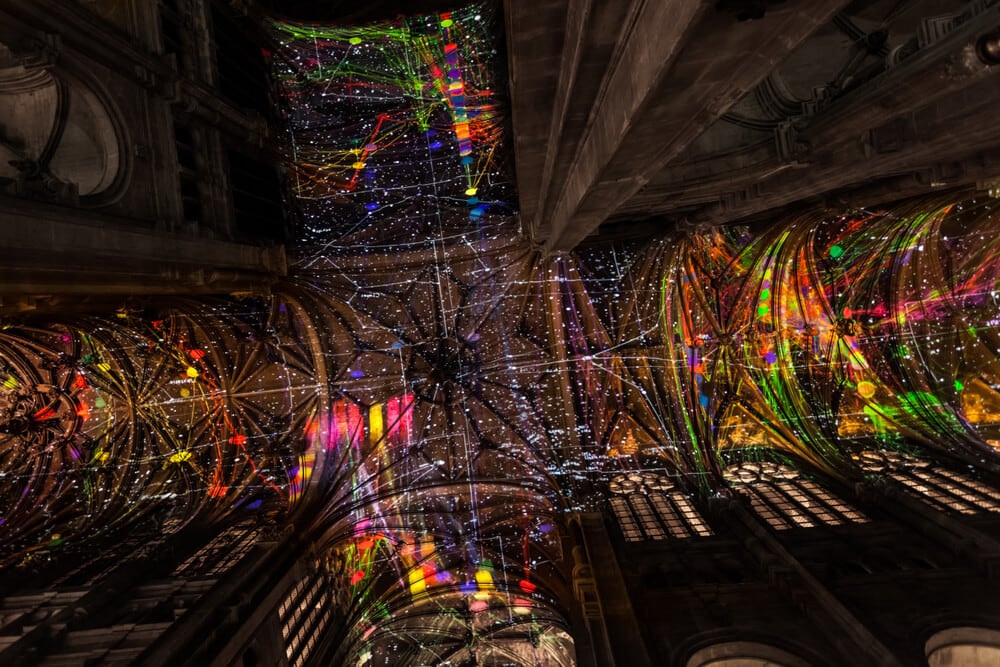 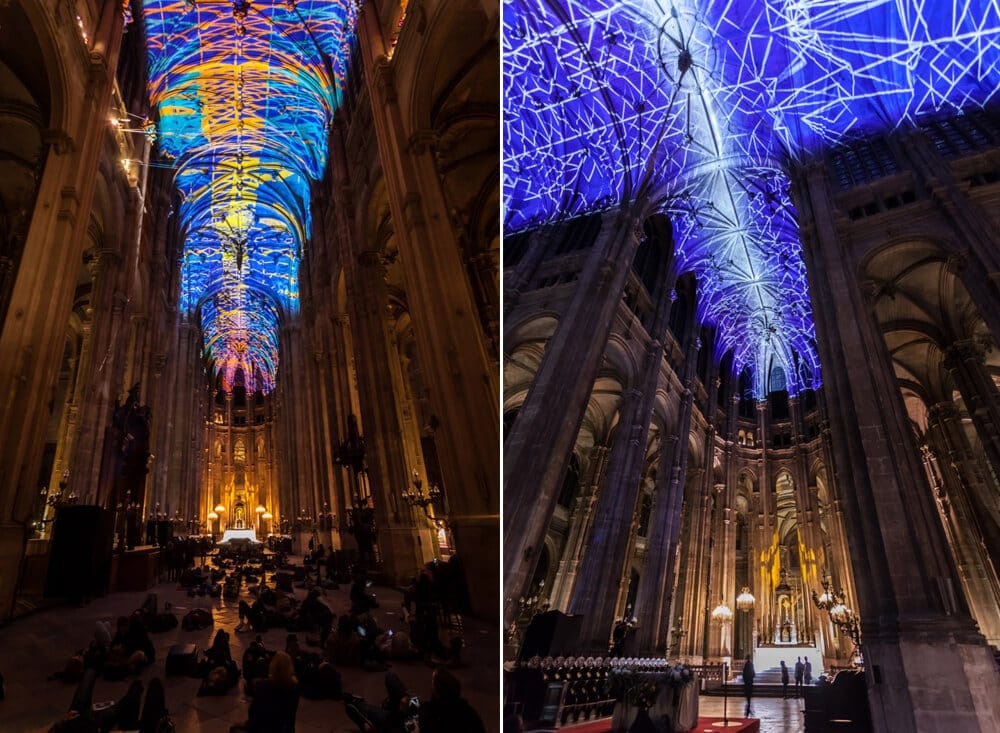 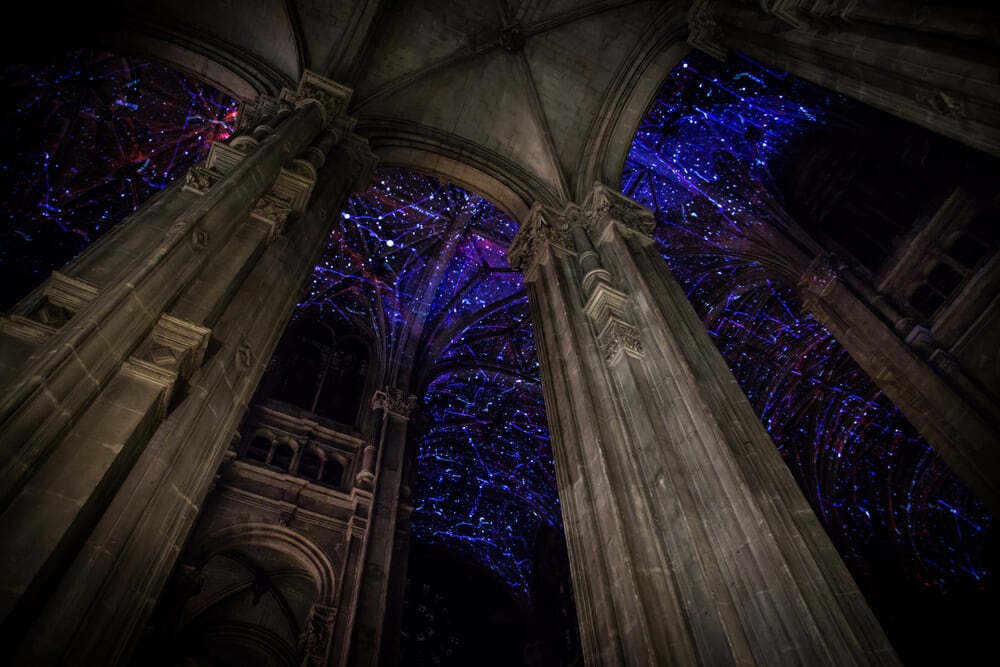