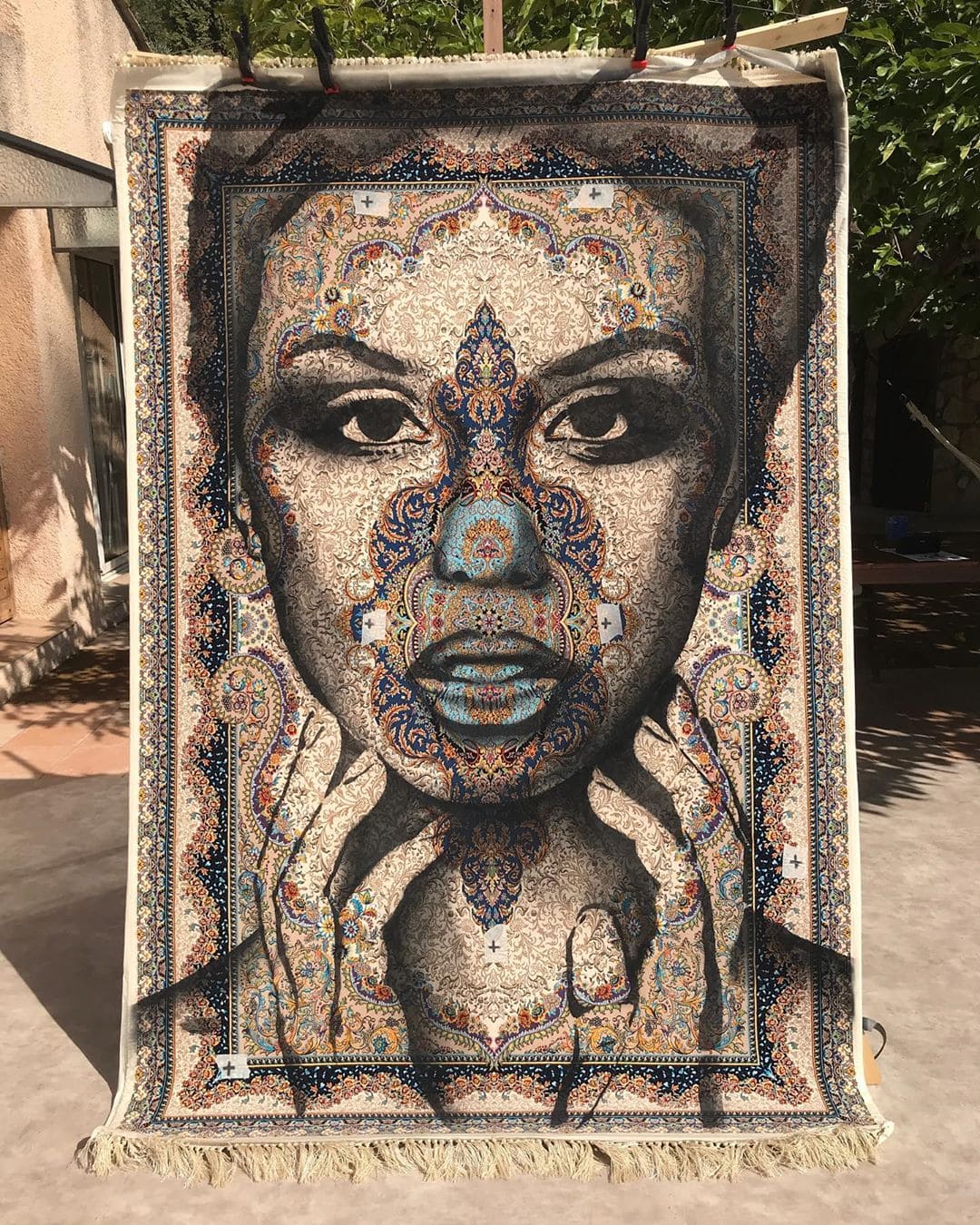 A french artist Mateo, based in Montreal, is well-known for his rococo street art stimulated by ornaments from all around the globe and his remarkable carpet compositions, appearing in a mix of urban art with the legacy of antique cultures.
His art doubts the impact and perception of traditional ancient knowledge in Western societies these days. Mateo’s humanistic touch offers reconnection with essential inspirations, a bridge to our deep roots, and romanticism deleted in our up-to-date community. His creative and iconic carpets, painted traditionally, highlighting outstanding feminine features adorned with old motives and spiritual metaphors, make us undermine our universal consciousness in a relentless system that forces uniformity in the modern mass culture and undermines out cultural identity.
After a decade of leaving his signature by painting walls worldwide, he is currently exhibited in museums and galleries and famous artists such as FinDac, Obey, JonOne, MrBrainwash, and grandmasters like Keith Haring, Miro, Warhol, Dali, and Basquiat.
He shared with BoredPanda a few details of his like. He said that he’s been painting on the streets for 12 years. In 2015 he started using Azulejos (a ceramic design that we can see in Portugal, Spain, and the Maghreb) in his work. He started using colored patterns in his murals, and suddenly, it became his trademark. Later on, it led him to study traditional crafts of a variety of cultures and their cultures. He started searching links between his paintings, traditional crafts, and arts and urban art. He believes that carpets are one of the most visually rich, meaningful, and ancient art pieces that we can find. Initially, they are weaved by women; that’s why females‘ portraits are what he chose to paint on his artwork.