London-based studio Daewha Kang Design has set a floating pavilion as part of the art exhibition ‘Odyssey‘ on the Möhnesee lake, North Rhine-Westphalia, Germany, organized from the Kunstverein Arnsberg museum. The exhibition featured twenty-four artists who were requested to make bits on the lake, beneath the water, or even at the lakeside. Named ‘Circle‘ after the enchanting witch from Greek mythology, the pavilion provides a resting place for visitors as they float from art to art.

The theme of transformation takes shape throughout the motion of 278 equal pieces of spruce which turn and shift to create forms that are alternately natural and platonic. The expression in the water finishes the shapes, developing a diamond from 1 elevation a circle by the other, and something creature-like in between. 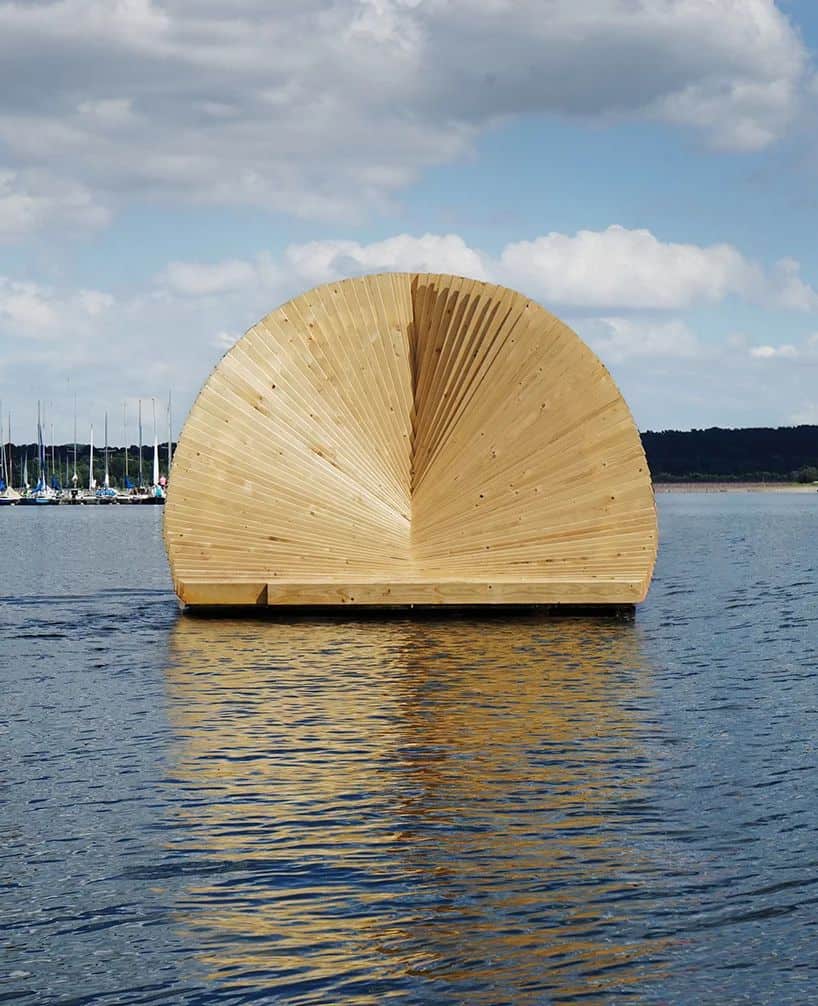 Daewha Kang’s simple structure method of shifting, rotating, and adjusting 8-foot standard Measure 2×4’s supposed that the construction could be constructed by local employees. The alternating rhythm produces a surprising assortment of qualities — by the look of a solid disc when seen directly on, to an ethereal and transparent screenwork from the side. The parametric design was fundamental to the conception and realization of circe, but ultimately the aim and the result was to create a sense of wonder, mystery, and delight. 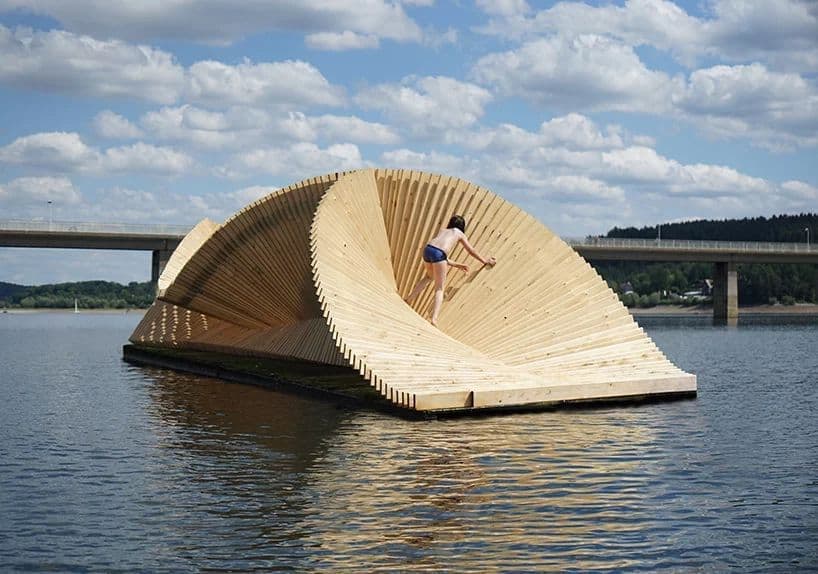 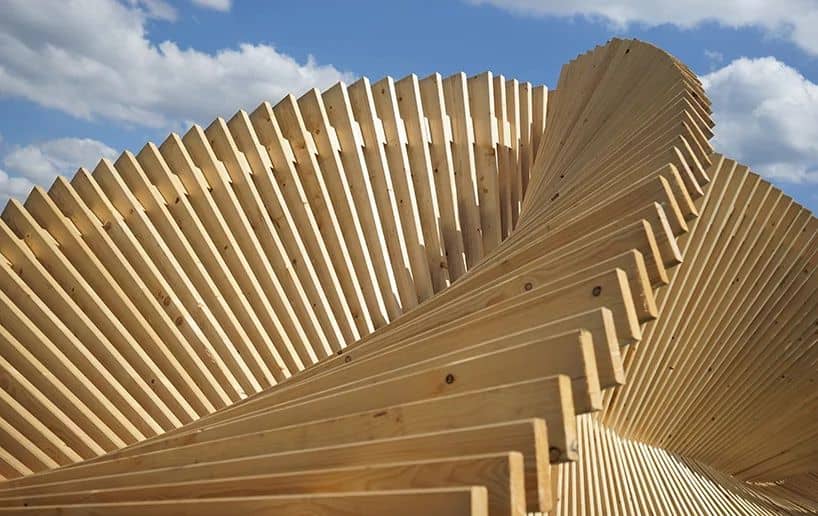 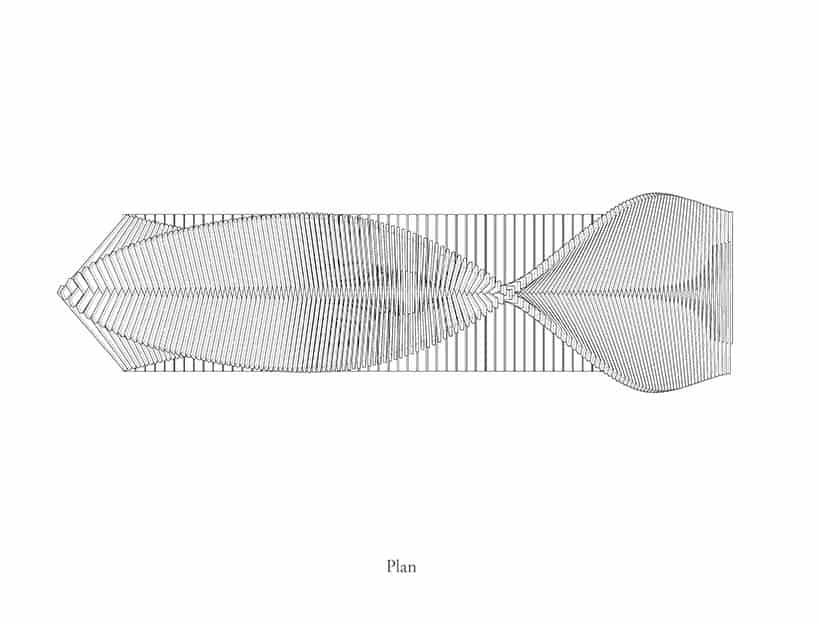 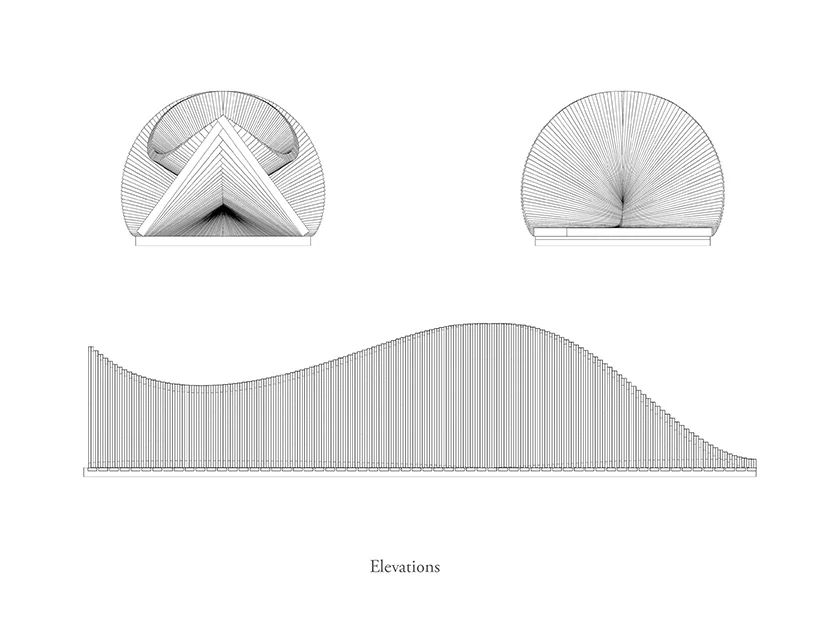 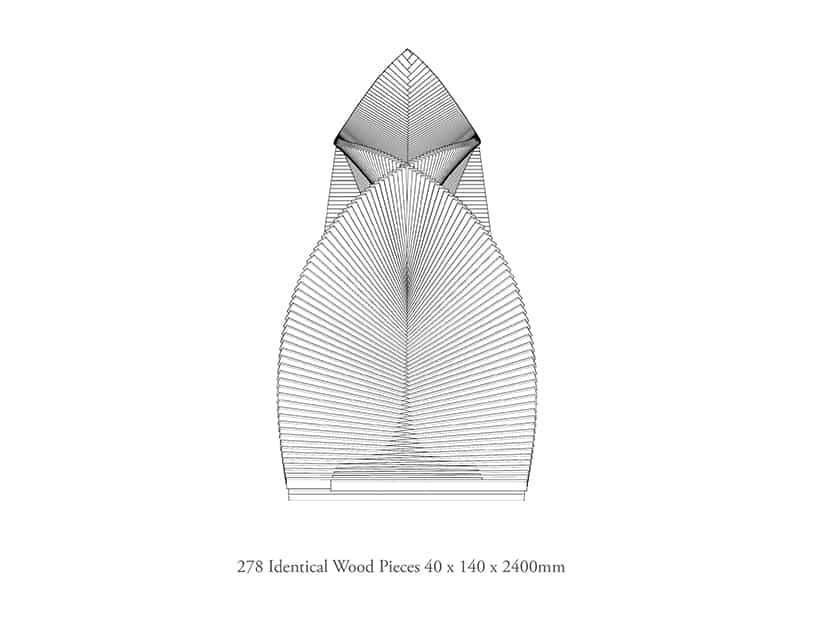