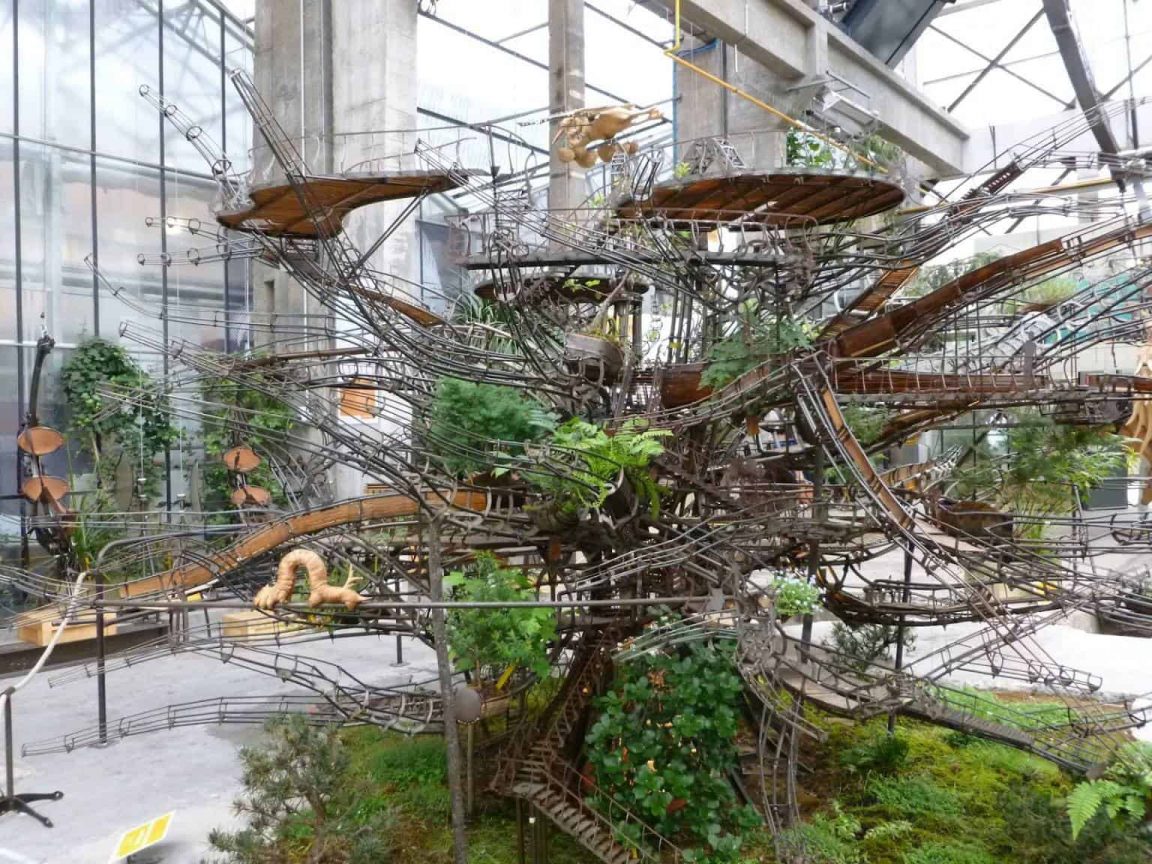 The French masterminds of mechanical delight,Les Machines de L’ile, have an ambitious new project. L’Arbre aux Hérons (The Heron’s Tree) is set to be the most significant hanging garden built since early Babylon, crossing over 160 ft in diameter and hitting 114 feet into the sky. Their Nantes-based team describes the historical muses behind the job:

After the Grand Elephant and the Machine Gallery at 2007, the Carousel of the Sea Worlds in 2012, the Herons’ Tree is the next stage of the Island’s Machines. Coming out of the minds of François Delaroziere and Pierre Orefice, it’ll be located along the banks of the Loire River, a few meters away from the home Jules Verne spent his adolescent years in and at which Jean-Jacques Audubon grew up and brought his first herons.

Les Machines p L’ile has been operating on The Heron’s Tree because of their inception in 2007, and in the spirit of democratic discovery, their team of skilled craftspeople are sharing the prototypes with traffic into the Machine Gallery. The sketches and mock-ups for the job include a giant steel tree topped with just two herons that each take twenty passengers on circular flights. Half of these tree twenty-two branches could be traversed on foot by visitors, and all of the branches will encourage hanging terraces of plants and gardens to create a lush ecosystem. The tree will be set in an old granite quarry on the cliffs of Brittany.

The target is to open The Heron‘s Tree in 2022, and two-thirds of the 35 million euro project cost has been covered by public funding. Les Machines p L’ile is seeking to finance the rest through crowdfunding: it is possible to contribute via Kickstarter. You can also monitor the job’s advancement on Facebook.