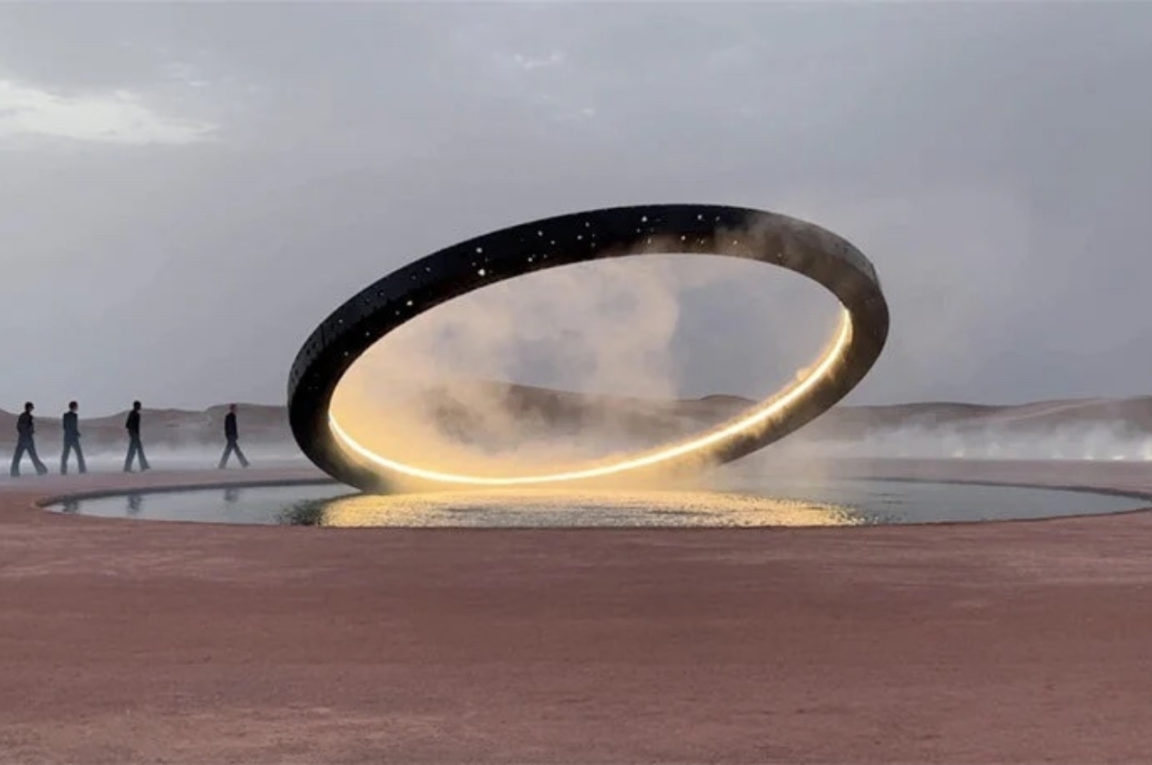 It’s always interesting to see fashion shows take place in unusual locations, and the Spring Summer 2023 show by Yves Saint Laurent was no exception. This exhibition in the Moroccan desert featured a magnificent showcase of the most current menswear trends. The backdrop of the desert itself was beautiful enough, but with London-based artist and stage designer Es Devlin creating the “stage,” it became even more magical.

The models are striding the newest pieces in the Spring Summer collection as a circular pond with a light-emitting ring rising from the center and clouds of fake billowing mists surrounding them. It has an ethereal appearance, which adds to its dreamy vista.

They were aware of the region’s environmental landscape, which is why they also produced a low-impact design. The pool consumed non-potable water and was subsequently discharged into agricultural areas surrounding it. The method of Yves Saint Laurent’s brand was inspired by Paul Bowles’ novel The Sheltering Sky, which takes place in North Africa’s cities and deserts. When Paris life began to overwhelm him, Yves Saint Laurent fled to Marrakech, where he started his firm.

The pond’s rising ring looks like something out of a film such as Dune, Blade Runner, or Mad Max but also works with the menswear line they’re showcasing. Because of this atmosphere, you may watch a short film or a music video that is more appealing to non-fashion show viewers like us. Check out images from this show if you’re into fashion or want to see some great clothes!