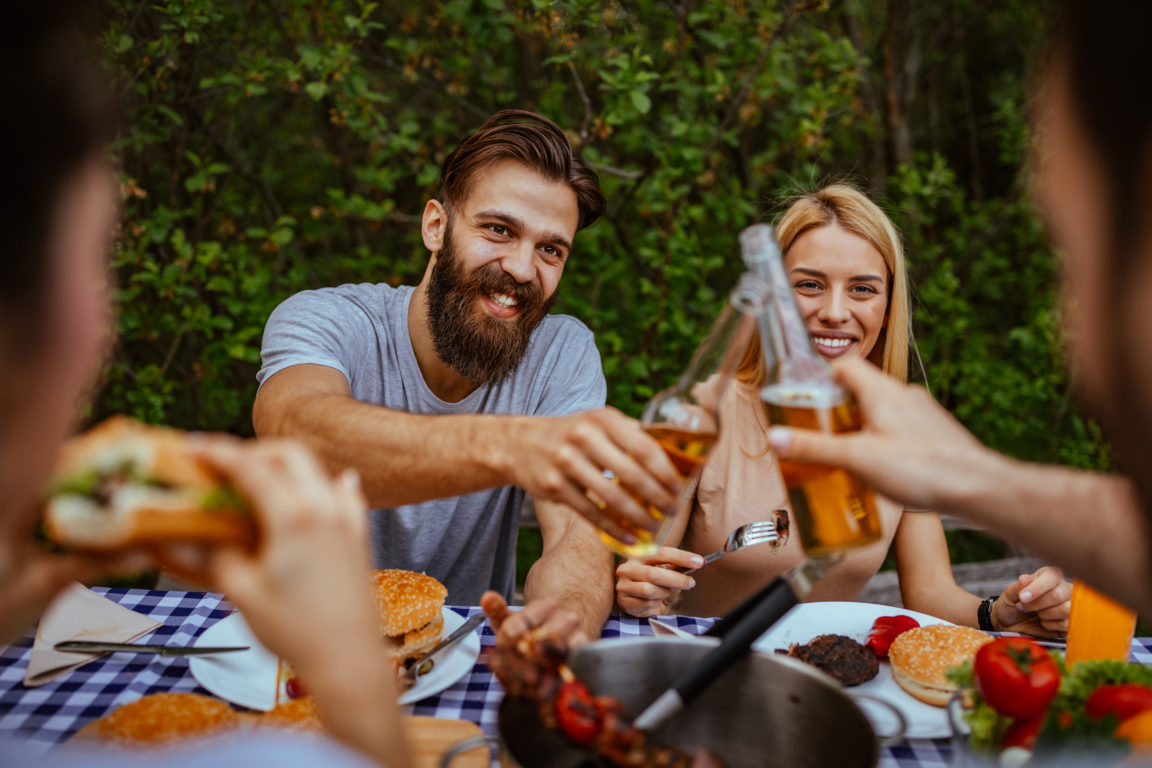 Europeans would love their beer just with enough kick to it, and it has a mild taste that most of them would choose over dirty water.

Beers of this kind were notable during the Medieval ages. The people back then loved their beers to be enjoyed by all, especially at communal gatherings. It helps keep the people alive from dusk until dawn. A sense of celebrating with beers continues to this day.

Modern-day brewing has resulted in higher alcohol levels in beers today. Combined with their energy and carbohydrate content, alcoholic beverages are considered unhealthy.

As with wine and whiskey, moderate beer consumption can lower the risk of heart disease. Thus, non-alcoholic beers and other beverages of Boisson could provide comparable health and nutritional benefits.

Read on and find out whether they could find a position as nutritious beverages with everyday applications, as opposed to being usually consumed only by sober individuals.

What is Alcohol-Free Beer?

Non-alcoholic beers can supply both antioxidants and intestinal health, two areas of significant attention among health-conscious consumers and food manufacturers.

What are the methods of producing alcohol-free beer?

Some people are curious about making non-alcoholic or non-alcoholic beer. There are various ways to prepare beer without alcohol.

Here is the first method. This method removes the completed product, or the alcohol content becomes negligible. This is the final step in the production of non-alcoholic beer.

In the second procedure, microbrewers ensure that no further alcohol is produced during brewing.

In the third process, they boil the beer at high temperatures so that the alcohol can evaporate. In the final step, brewers filter the beer, which helps separate the alcohol from the drink. Your non-alcoholic beer is now ready to drink.

How does alcohol-free beer compare to traditional beer?

Removing the alcohol from beer makes it healthier, but that does not justify excessive consumption. Most non-alcoholic beers have negligible nutritional value, and they have high carbohydrate content, usually on par with regular beer. Yet, their lack of alcohol tends to lower their calories: Budweiser cans have 145 calories and 10.6 grams of carbohydrates, and bud Light contains 110 calories and 6.6 carbohydrates.

Why should you go for an alcohol-free beer?

The popularity of no-alcohol and low-alcohol (“nolo”) beers have been increasing, particularly among those under 30 years old, due to growing worries about the health repercussions of excessive beer drinking. In recent years, the popularity of these beers has soared, thanks partly to brewing innovations that require less heat and preserve more of the original flavours.

It can give you better metabolism.

The body perceives alcohol as a toxin, and the liver must use extra effort to remove the poison from the body. This is detrimental to our metabolism since the poison precedes carbohydrates and fat, preventing them from being digested and stored. Not only is abstinence from alcohol healthy for our metabolism, but it also spares our liver.

It has fewer calories.

Alcohol is a significant contributor to those extra pounds on the scale. Alcohol has seven calories per gram. Because non-alcoholic beer does not include alcohol, the number of calories is reduced to, for instance, 57 kcal.

Beer without alcohol is superior to most soft drinks. Soft drinks contain ten times as much sugar, mainly added sugars, as non-alcoholic beer. There are only four essential ingredients in beer: water, yeast, hops, and malt. In most situations, the sugar in non-alcoholic beer is derived only from malt. A natural mechanism only determines the sugar content, and enzymes in the barley convert it to sugar. Thus, cut the added sugar!

It has essential building blocks.

Additionally, beer contains beneficial components such as vitamin B, soluble fibre, magnesium, calcium, and phosphorus. A half-litre of beer has 10% of the recommended daily allowance of B vitamins. Vitamin B and soluble fibre benefit intestinal flora, reduce cholesterol levels, and prevent heart disease. Additionally, the beer includes a high concentration of magnesium and a low concentration of calcium, which is beneficial for cardiovascular disease and kidney stones. Additionally, beer contains polyphenols, which inhibit infections and inflammation.

It tastes like alcohol but won’t get you drunk.

With this trend, a new generation of non-alcoholic beers has emerged. These new brews, modelled after tasty craft beers, have little in common with non-alcoholic beers of the past, which had an unpleasant, cooked taste. Not only do many of the newest alcohol-free beverages taste better, but they are also created with health and fitness in mind.

When non-alcoholic beers replace alcoholic beers, your health benefits; even though these alternative beverages are often lower in calories, they include calories and carbohydrates. It is advisable to read labels, avoid products with added sugar, and consume in moderation.