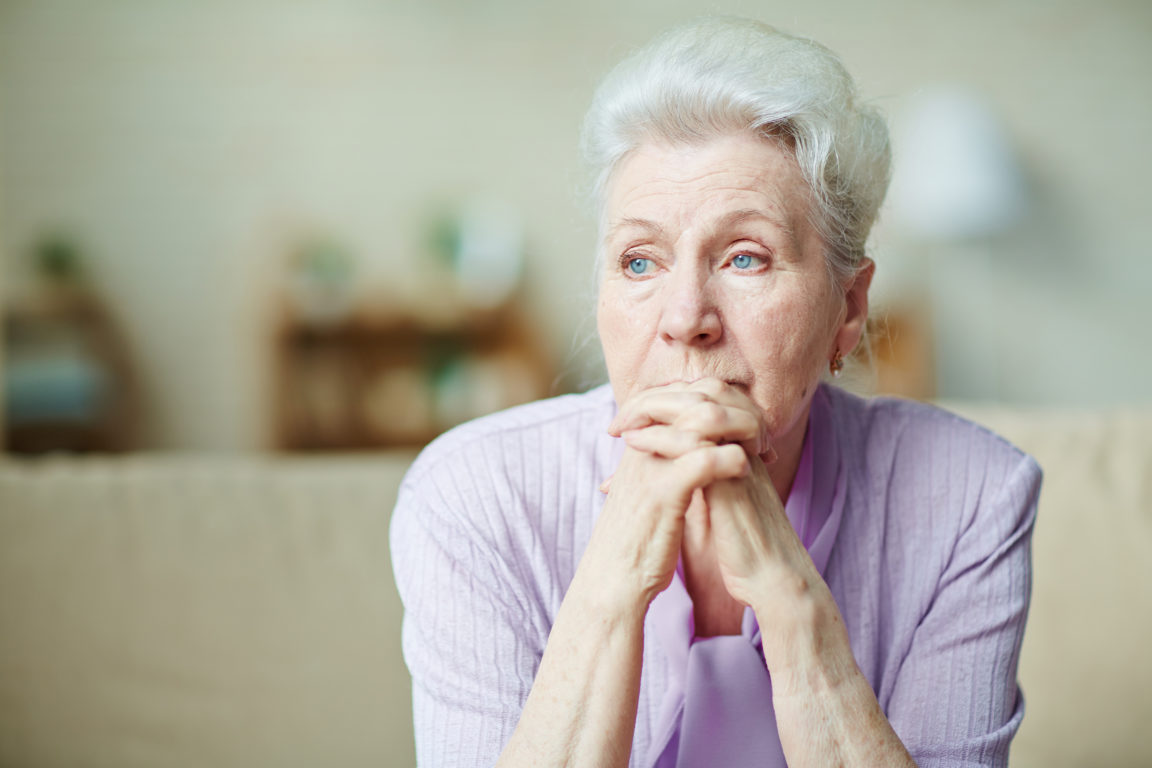 Mood disorders are one of the most common diseases in the elderly. The clinical picture, course, and treatment differ to some extent between the elderly and the younger. The diagnosis of mood disorders in the elderly is difficult due to the frequent dominance of other clinical picture symptoms, such as anxiety, cognitive decline, and somatic complaints. Depression in old age is almost always multi-causal. When establishing the diagnosis and determining the therapy methods, it is necessary to take into account the comorbid somatic diseases and the treatment used. The safety and efficacy of specific treatments vary in different age groups, and they also change in the same patient throughout his life. Treatment of depressive disorders in old age must always be holistic. In addition to properly selected treatment with biological methods, it is crucial to establish a relationship with the patient, creating a sense of security and interest. There are currently many drugs available with sufficient efficacy and a good safety profile for the elderly. For more information on geriatric psychiatry, head over here: https://www.betterhelp.com/advice/psychiatry/what-you-need-to-know-about-geriatric-psychiatry/

The causes of depression in old age

There are many causes of possible depression – stressful life changes, lack of social support, physical and mental health conditions in old age such as stroke, diabetes, cancer, dementia, and chronic pain. In addition, some drugs or combinations of drugs can also cause depression. The burden of depression in family history is also one of the predictors of its development. Fear of death, lonely life, loss of a loved one, previous episodes of depression, and previous suicide attempts may also indicate the possibility of depressive disorders. Changes in the brain were also noticed in people who developed depression only in old age. It was pointed out that these changes could have been caused by chronic high blood pressure in adulthood. Therefore special attention should be paid to this group as it has an increased risk of developing the disease.

Symptoms of depression in old age

Symptoms of depression in old age are often confused with the natural decline in cognitive ability and loss of physical strength in the elderly. Hence the difficulties with unambiguously classifying them as symptoms of depression. They can concern both the mental and physical sphere of a person, which is why they can be easily taken as a symptom of somatic disease.

Common symptoms of depression in old age include:

-insomnia or disturbances in sleep patterns (e.g., waking up very early in the morning, going to sleep during the day);

The above symptoms are often accompanied by fewer characteristic symptoms associated with the natural mechanisms of aging:

– psychomotor slowness – slow movement, lethargy, – chronic fatigue, quiet speech, which are usually read as signs of weakening of the body;

–problems with memory and concentration – it is easy to confuse them with senile dementia, while the patient may have a fully functional mind, and the above-mentioned symptoms may only be the result of poor mental condition;

-pains of various origins – they are often read as symptoms of developing somatic diseases, e.g., rheumatism, problems with the digestive, nervous and cardiovascular systems; however, they may be signs of depression in the form of physical pain;

-sensitivity, tendency to complain, hypochondria – behind similar complaints, there may be a desire for contact, demand for attention and care from loved ones.

Properly performed treatment reduces the risk of further relapses. People who suspect depression or notice symptoms in their relatives should contact a psychiatrist. Psychiatric and psychological help can be obtained at the Mental Health Clinic, where the doctor will be able to properly assess the condition of a person suffering from depression and recommend further psychotherapeutic or pharmacological treatment.