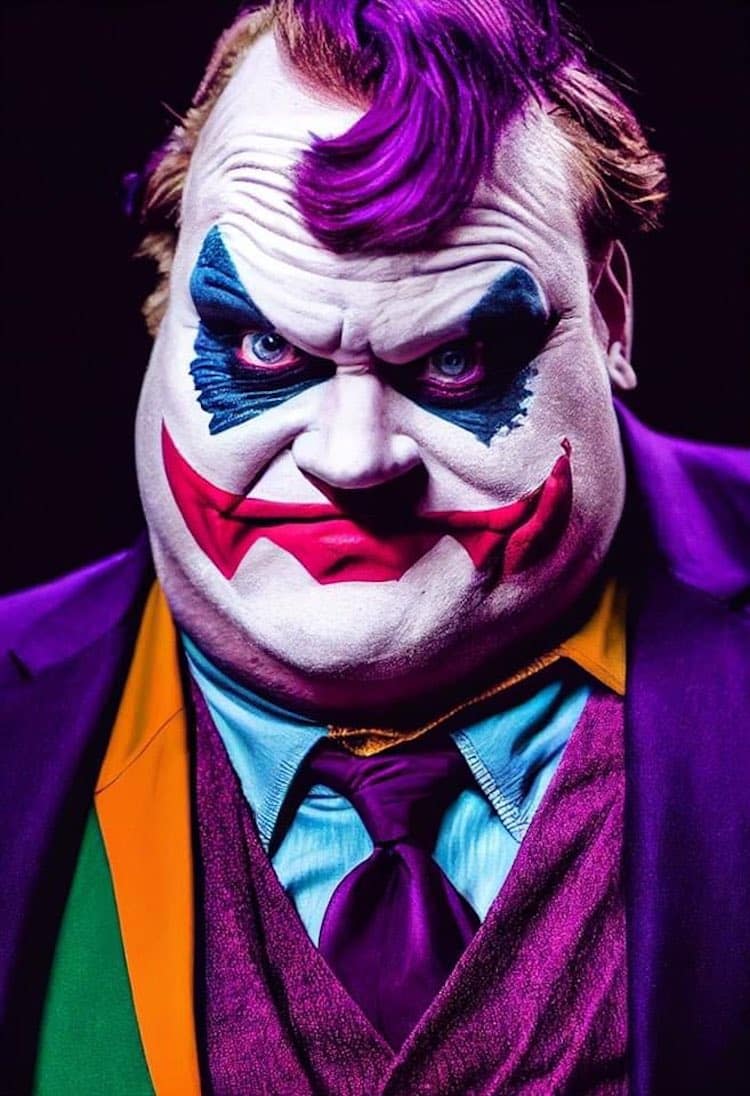 What would Chris Farley have looked like as the Joker from the Batman comics? AI-generated portraits may have the answer. A new series of pictures produced with the help of artificial intelligence shows the late SNL actor in a surprisingly realistic portrayal of the comic book villain. The images are part of an AI experiment that set out to see how well AI could imitate different art styles, and the results are impressive.

The Joker is depicted in these lifelike photos, which include the comic in various clownlike makeups, dyed orange-green hair, and a bright purple suit. Each of the three pictures features minor variations in costume and makeup colors. Despite his false appearance, it’s straightforward to recognize Farley’s likeness, allowing you to imagine him as the part quickly.

The artist, Midjourney AI, created these insightful portraitures, which were then tweeted. Despite Farley’s drug overdose at 33 years old being 25 years ago, audiences are curious to learn how the real-life actor would have played Gotham City’s most notorious adversary after seeing these photorealistic depictions.