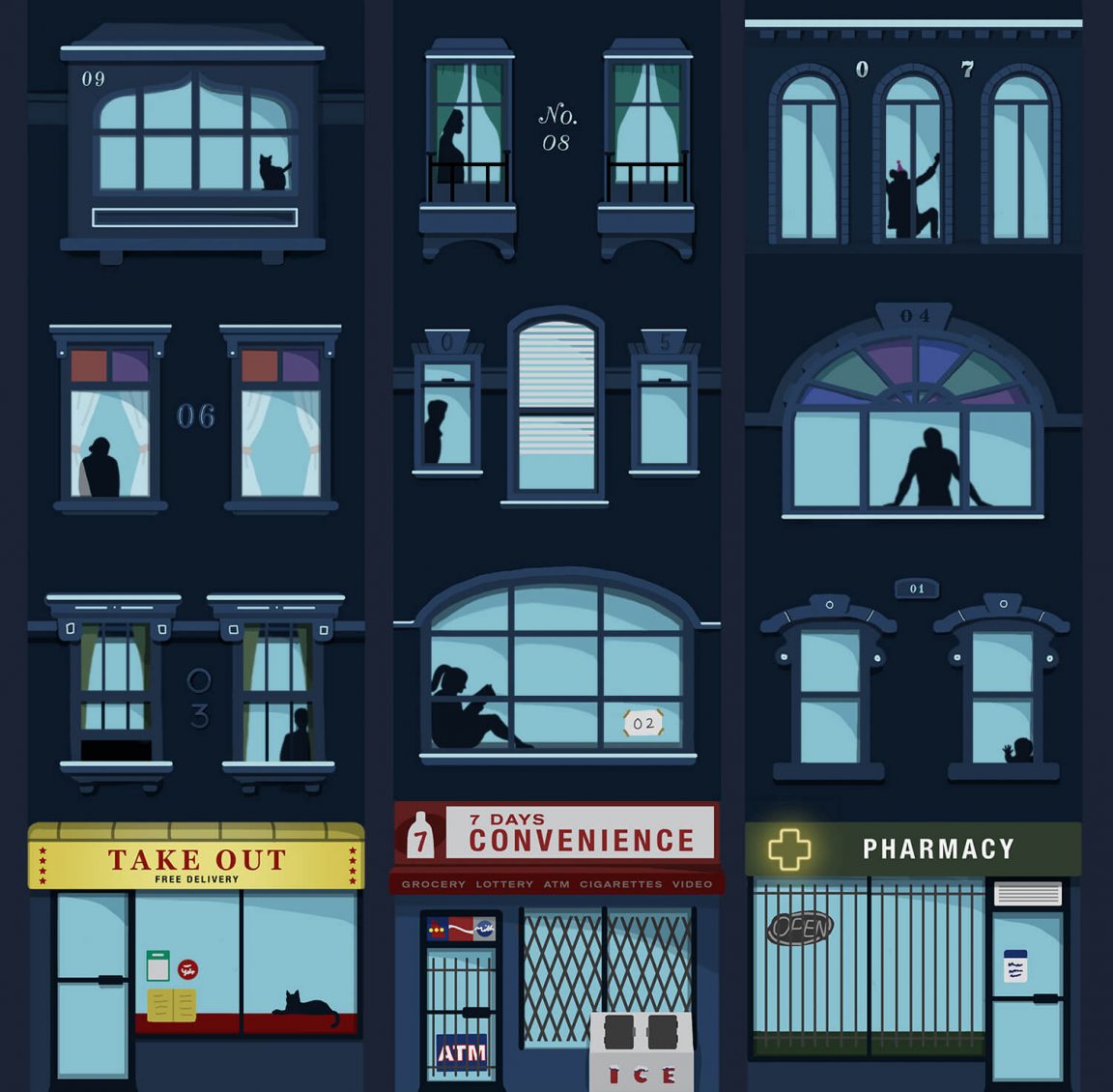 Toronto based graphic designer Marissa Korda has launched a poignant series that deals directly with the problem of isolation that was mass. Titled ‘The Loneliness Project,’ Korda highlights the touching tales of people who currently feel, or have felt, that they’re alone.

She explains: “We live in a universe where everyone, at least online, has tens of thousands of ‘buddies.’ Yet though we are more connected than ever, there is an outbreak of isolation that has people suffering in silence.

I started little, asking my instant network to talk using their friends/family, and has been bombarded with submissions from folks of all ages and walks of life. 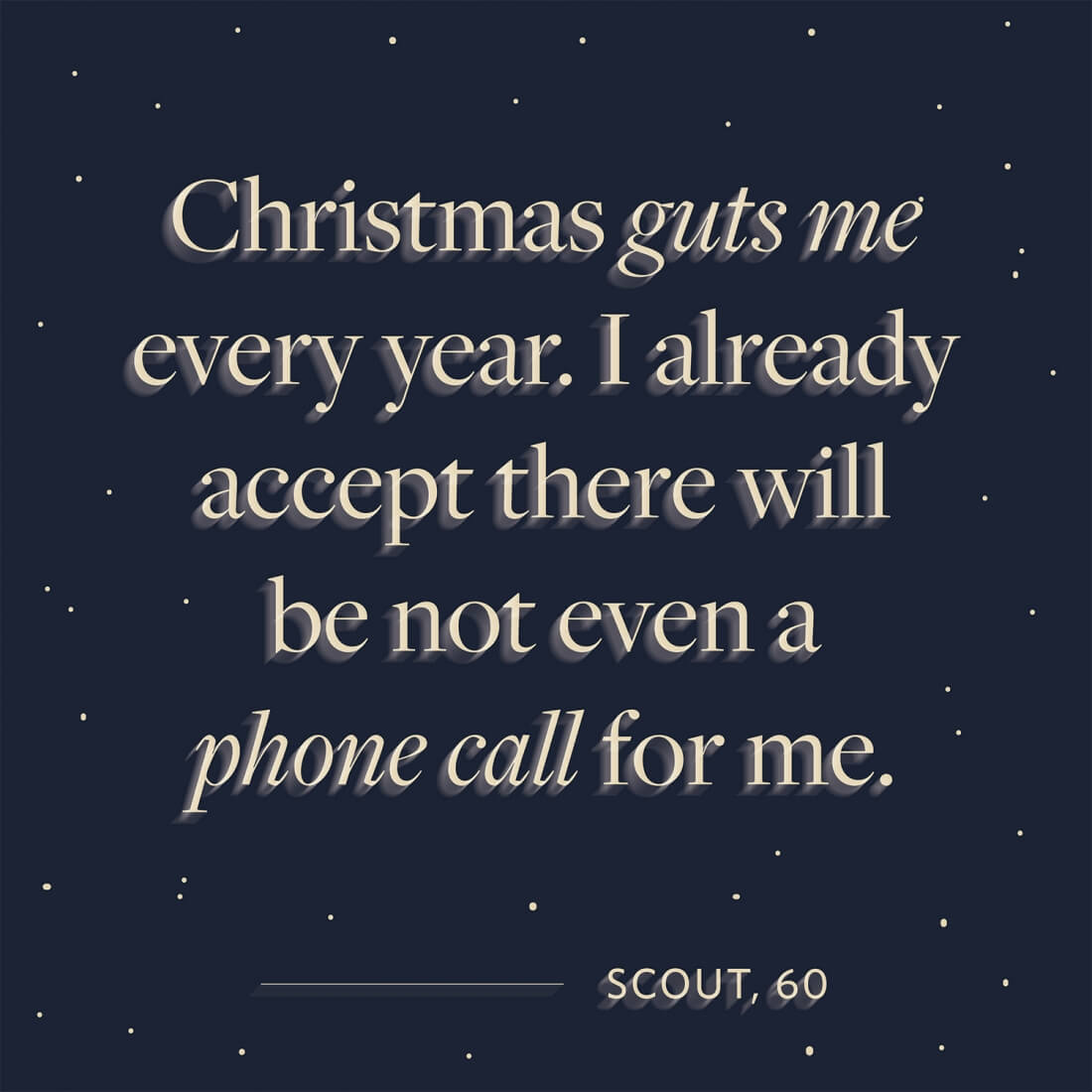 “The Loneliness Project is an interactive web archive I made to present and provide these stories a home online. I think for a tool to elevate others’ voices. Stories have enormous power to spark, and I believe that this power is only strengthened by the relationship between emotion and design.

“I use illustration, animation, and audio to craft a fully immersive and interactive experience that encourages visitors to get lost in the stories, closing the gap between their own lives and those of their storytellers. I plan to use layout to effect change.

“People don’t talk about solitude, but the influx of tales I received shows how human and universal it is. For many people, our planet is isolating–producing networks but no real connections. My project, residing in that same space, leverages layout. By beginning conversations about loneliness, we could combat isolation and foster empathy–for others and for ourselves.” 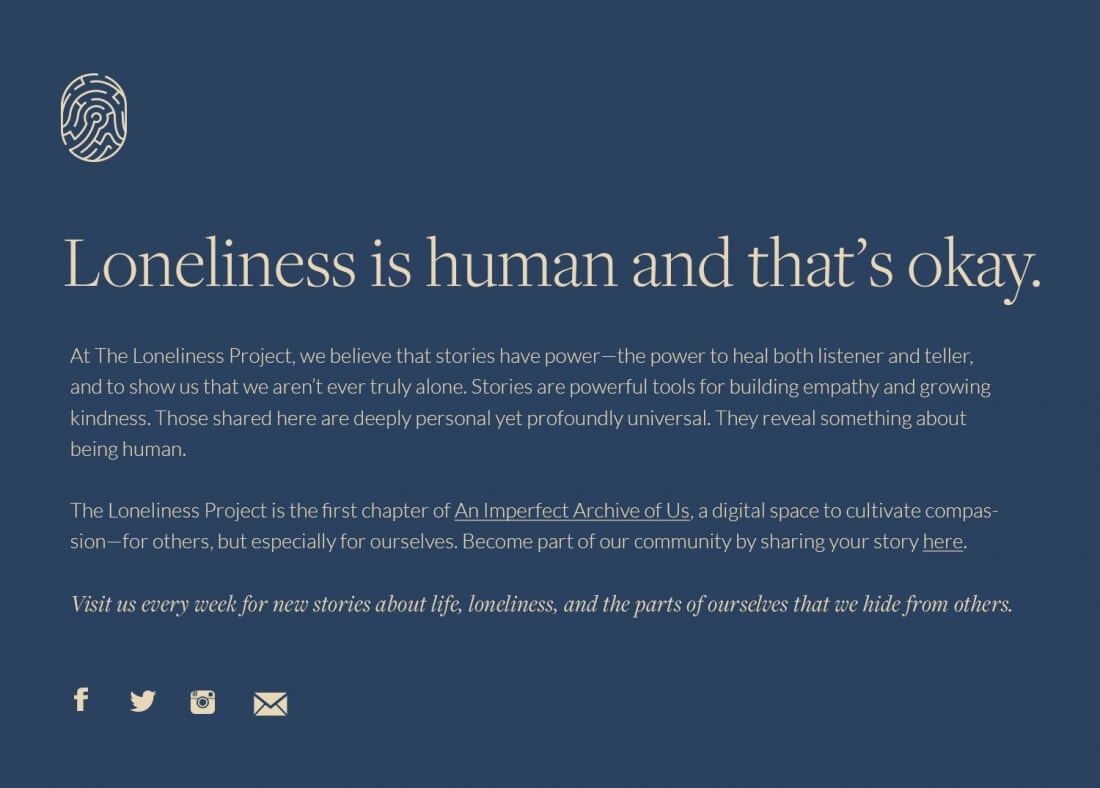 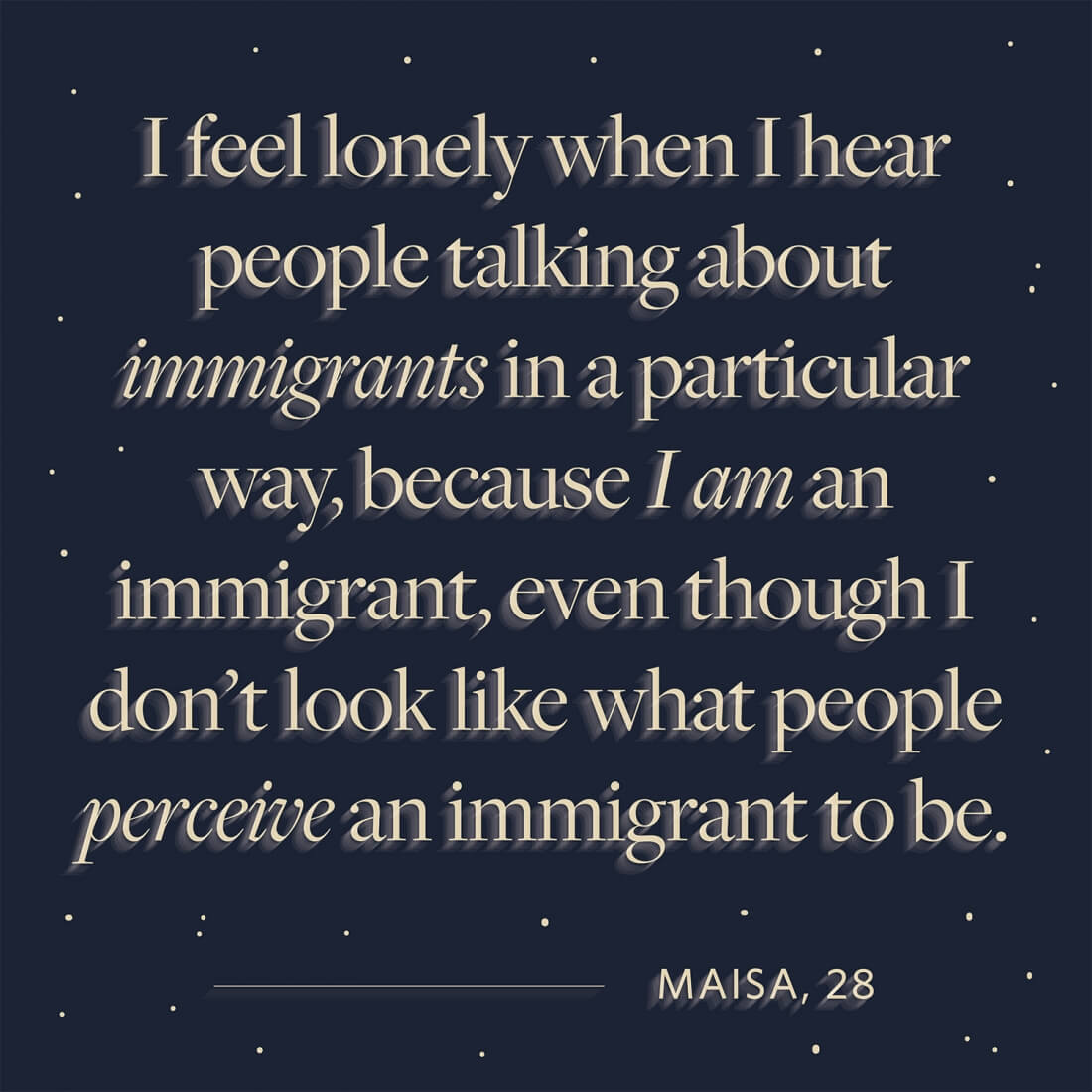 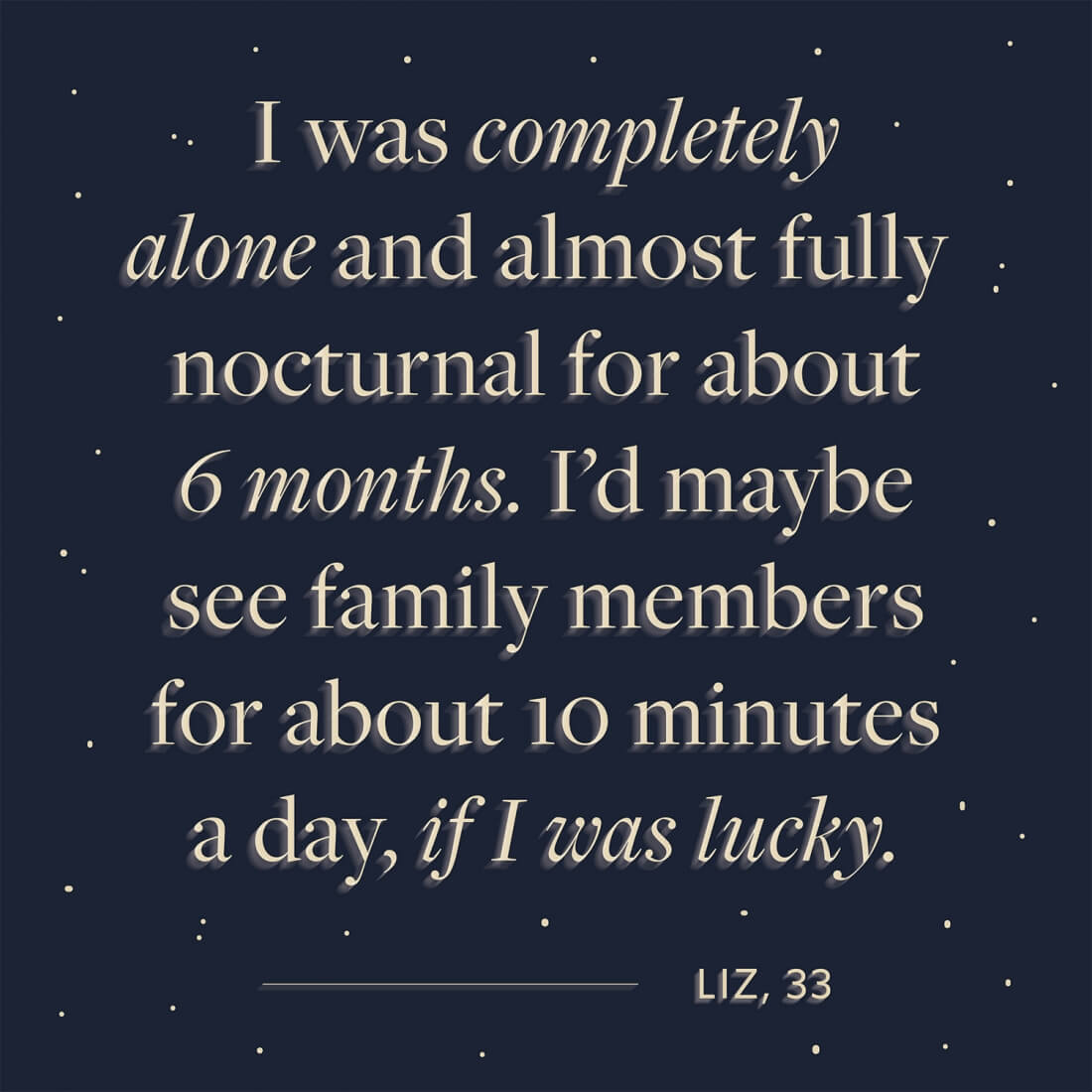 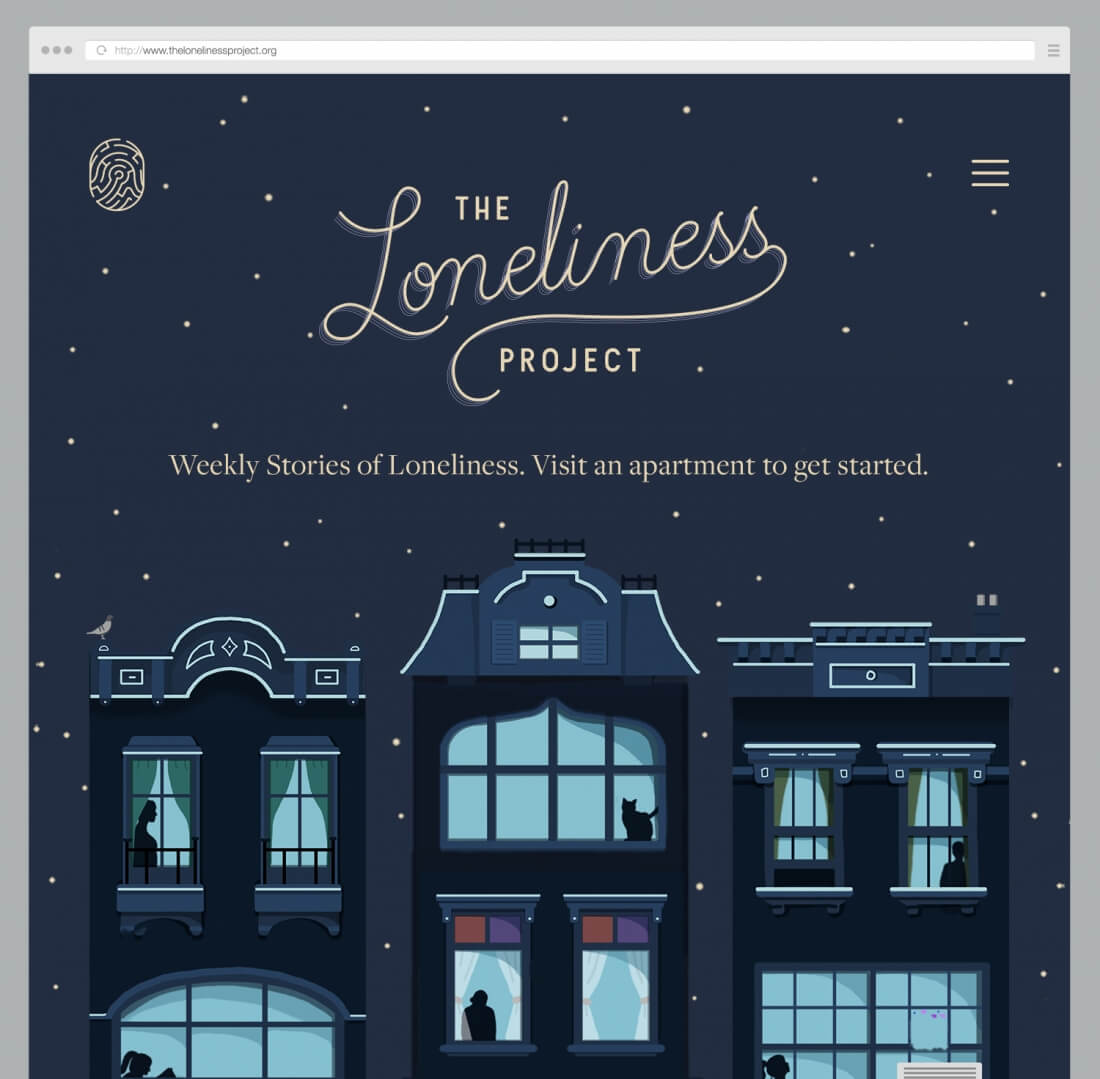 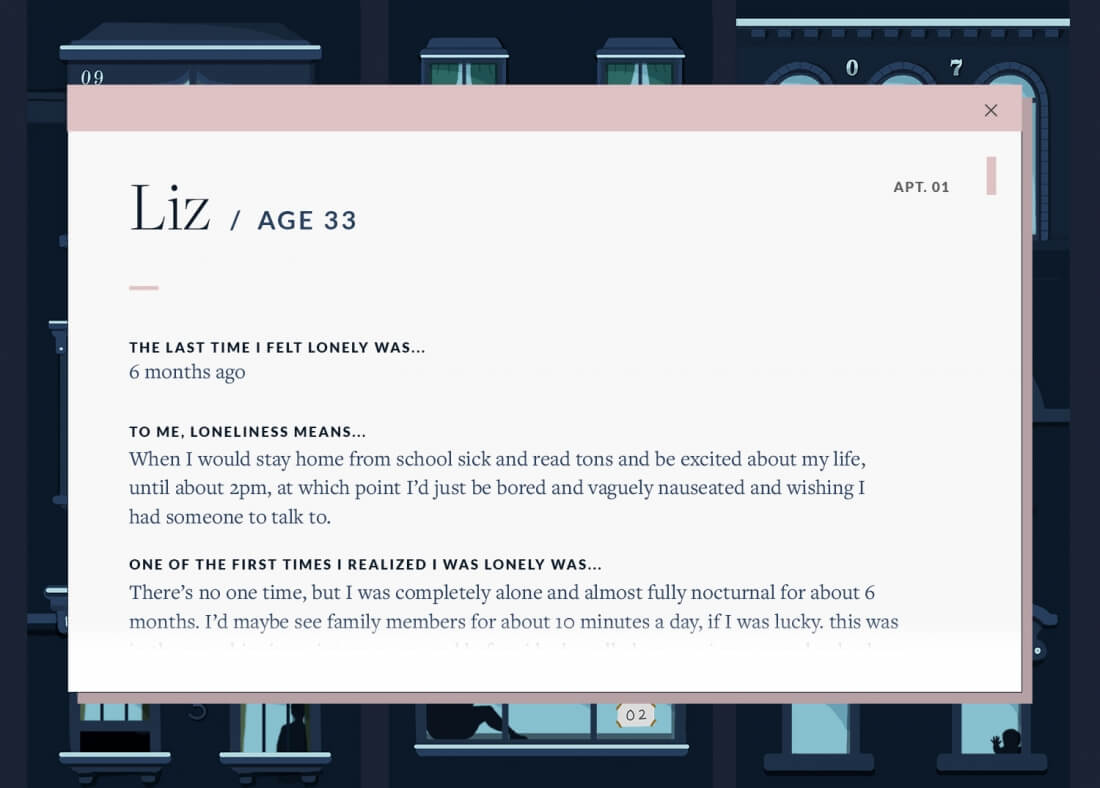 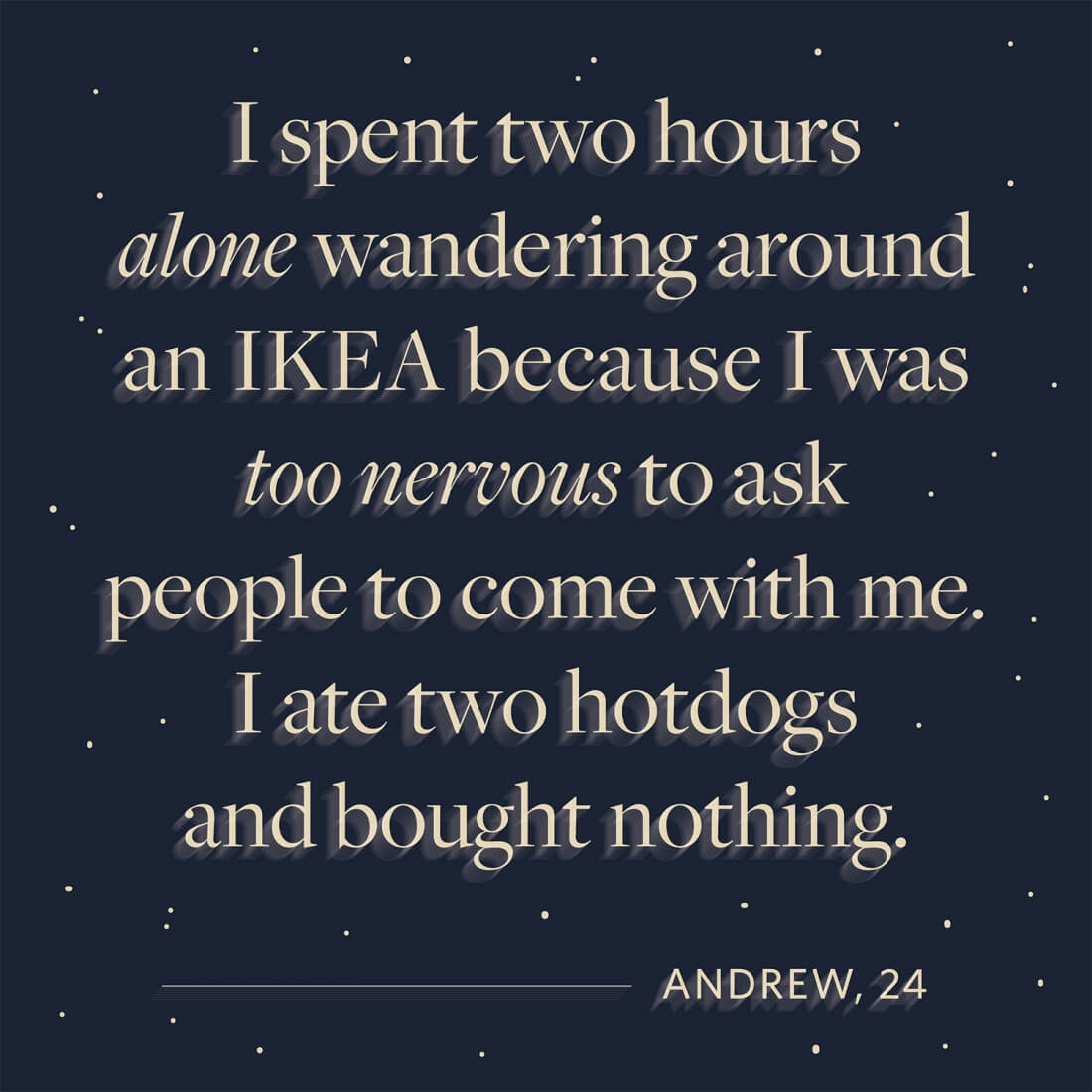