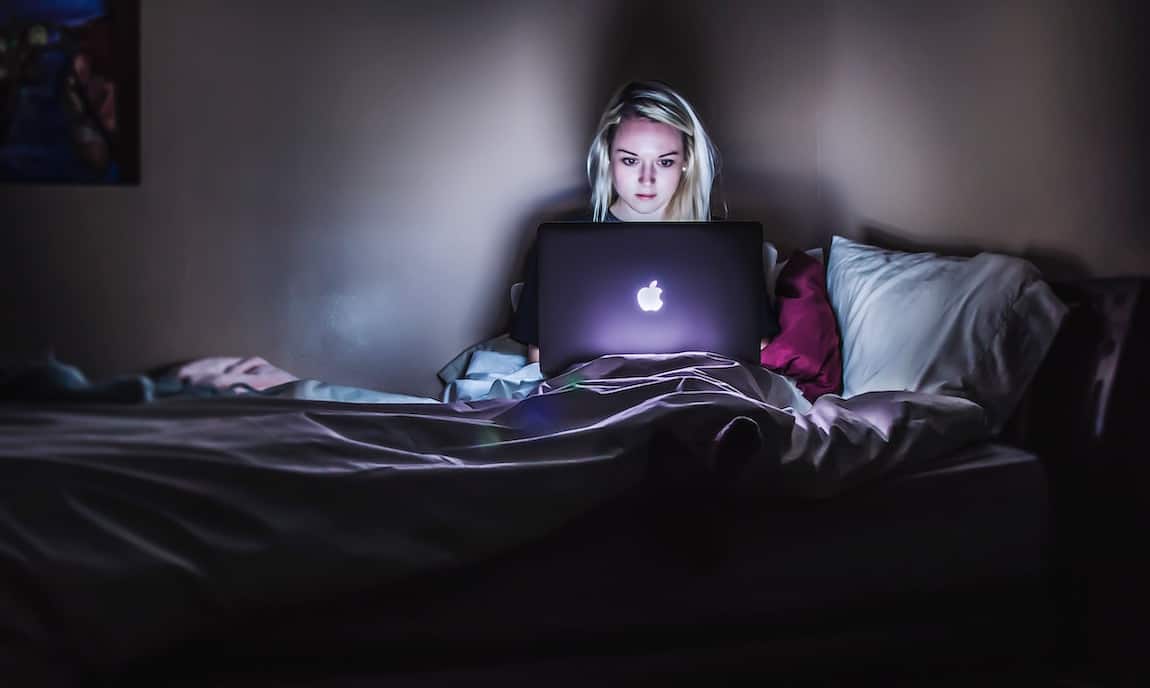 Photo by Victoria Heath on Unsplash

Whether you are a stressed-out student staying up all night to finish studying for your finals, a busy parent caring for a fussy newborn or an overworked employee fighting sleep until the wee hours of the morning to complete an urgent work assignment- chances are that most of us aren’t strangers to pulling all-nighters.

We all know that we feel exhausted and woozy after being up all night. But have you ever given thought to how burning the midnight oil is affecting your brain?

Sleep is essential for several brain functions, including re-energizing your mind, allowing it to get rid of toxins that build up while you are awake (including those associated with Alzheimer’s disease) and maintaining the valuable communication between neurons (nerve cells).

Many critical mental processes occur during specific stages of the sleep cycle. Consolidation of information, sorting through essential memories, strengthening concepts and solving complex problems are just a few. Deep sleep allows the mind to make space for new memories and encourages better recall later on.

A trip to slumberland helps preserve the connections between the pre-frontal cortex (the part of the brain that deals with self-control) and the amygdala (the brain’s emotional centre), both of which are instrumental in mood balance and keeping emotions under control.

So how do all-nighters affect the brain?

If you pay attention to how you feel after a long night devoid of a few z’s, you will notice that you are unable to concentrate, make right decisions, think logically or control your emotions. Scientifically, these make absolute sense because sleep deprivation causes your brain to change even at the basic cellular level.

At the molecular level, sleep is crucial for the maintenance of a substance called myelin, which forms a sheath around each nerve, sort of like the plastic insulation around an electrical cord. This myelin sheath allows neurons to transmit electrical signals rapidly to one another for efficient communication and execution of all the brain’s functions.

One recent study published in the journal PLOS ONE demonstrated that even one night of missed sleep can lead to structural changes in the brain. It can significantly alter the microstructure of white matter in your mind, which plays a vital role in cognition.

This change is caused by disruptions in the myelin sheath and the neuron cell membranes. Another study showed that brain cells are unable to effectively communicate with each other after a sleepless night, which explains all the mental lapses you experience when you are sleep deprived.

What do people experience due to the effects of a sleepless night on their brains?

Staying up all night means you probably won’t remember a single thing you try to learn the next day. Retaining new information is extremely difficult for the brains of those who are sleep-deprived, mainly because their minds are too tired to process new information.

•    It makes you forget the things you know:

A night of no sleep will wreak havoc on your cognition and reasoning skills. With the degradation of white matter comes distorted memories, intensely disorienting mind fog, forgetfulness, and even false memories.

•    Sleep deprivation is just as bad as being drunk:

This happens because your innate ability to assess situations logically and make the right decision is significantly impaired due to the effect that a lack of sleep has on your reasoning powers. The signals transmitted between neurons travel sluggishly, leading to reduced reaction speeds and lapses in judgment. This is also why it is very dangerous to drive after an all-nighter.

Sleep deprivation severely drains your executive function and is detrimental to your daily performance.

This means that even though you would typically breeze through multiple worksheets or assignments when working on a full night’s rest, your ability to multi-task will be almost non-existent after being up the whole night.

Not sleeping the whole night will have you highly prone to feeling anxious and depressed.

This happens because sleep loss causes the pre-frontal cortex to shut down, while the brain’s pleasure driven pathways are amplified.

Your brain cannot regulate your emotions, so the roller-coaster ride of emotions will have you bursting into tears at the smallest of provocations and over-reacting to personal problems that seem bigger than they do when you have had enough sleep. It will also be challenging to exercise impulse control.

It is tough to sound smart, witty and funny when your thoughts are a jumbled mess from the sleepless night you’ve had.

Insufficient sleep will affect your mathematical skills, emotional intelligence and motor skills. Cognitive tests performed on the sleep-deprived show that all types of intelligence drop drastically because of sleeplessness.

•    Your brain is unable to regenerate:

Chronic sleep deprivation affects neurogenesis, which is the process of formation of new nerve cells.

Brain cells are continuously dying as part of their normal life cycle. So when neurogenesis is disturbed, the long-term consequences of insufficient sleep could be dementia.

Making a habit of staying up the entire night puts you at risk of brain atrophy. Not letting your mind recharge can diminish your ability to communicate and lead to muscle weakness, loss of hearing, seizures, strokes and other neuropsychological impairments.

If you are experiencing side–effects from not having slept for a whole night, or have any other concerns about your sleeping habits and the way they affect your overall health, book an online consultation with the medical experts at Click Pharmacy for treatments options best suited to your needs.

The 24 hours in a day seem like they are never enough when you have a gazillion things to do, and can tempt you to forgo sleep. Nevertheless, it is imperative to keep in mind that rest is more than just a break from your daily activities: it’s an active, complex and indispensable biological process. The heart of the matter is that, more often than not, you are better off giving up a little work to cash in on a few precious hours of sleep.