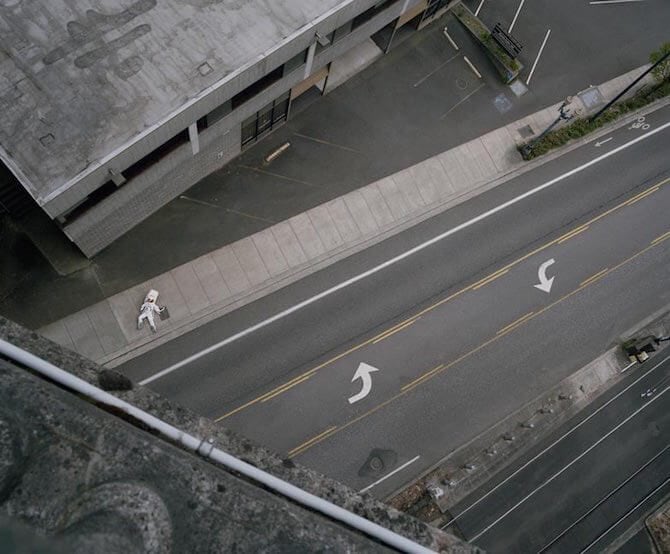 After the space shuttle Atlantis made its final expedition in 2011, the US shuttle program was canceled. Inspired by this event, American advertising photographer Neil Dacosta created a photo series called ‘Astronaut Suicides‘. The images, which were created in collaboration with art director Sara Phillips, show on the important profession of the astronaut and how the perception of the job has grown over the past decade.

In an interview about the project, Phillips stated, “The incongruity of the astronaut in these situations is, we hope, compelling and entertaining, and we hope that we’re inspiring a younger audience to pay attention to what’s going on.”