Franck Bohbot is a French photographer whose current project Light On captures cities and their storefronts at night. His work is sourced in his attraction with cinematographic iconography, and his thematics study the relationship between the man and architecture. While handling colour with high precision, Bohbot highlights the soft subtleties of this relationship by playing with low light and chromatics.

The long exposures and natural light allow him to seize the essence and the breath of these empty spaces, giving the ghostly traces of abandoned social landmarks. As such, Bohbot praises everything from swimming pools, basketball courts, libraries, theatres, cinemas, train stations and fairs – a plethora of structures through which he balances the power of architecture with the poetry of everyday spaces.

As Kelly Richman states on Bohbot’s website: “While each structure is either brilliantly lit by fluorescence or bathed in a wash of neon, the photographs are rendered in subdued tones and filtered through a hazy fog. This aesthetic, along with the absolute lack of people, results in a melancholic atmosphere nostalgic of Edward Hopper paintings and evocative of staged theatrical sets – further moving the relationship between Bohbot’s real-life surroundings and the artificial touch of theatre.

“Retro in appearance yet contemporary by nature, the photographs featured in Light On convey an illuminated aesthetic that both celebrates modernity and longs for the past in an ironically ageless paradox.” 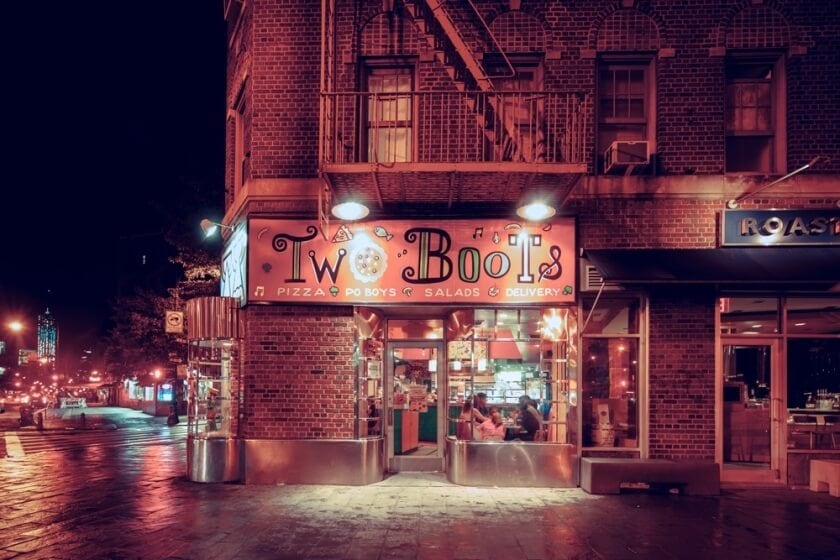 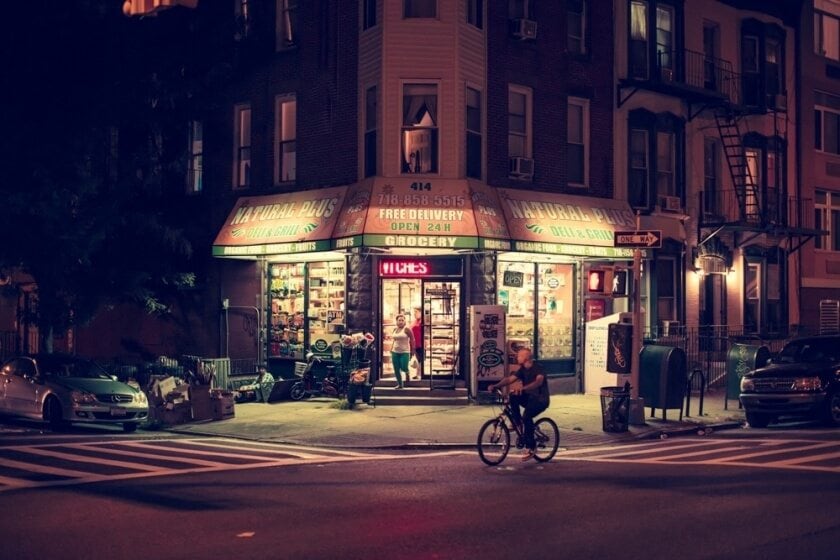 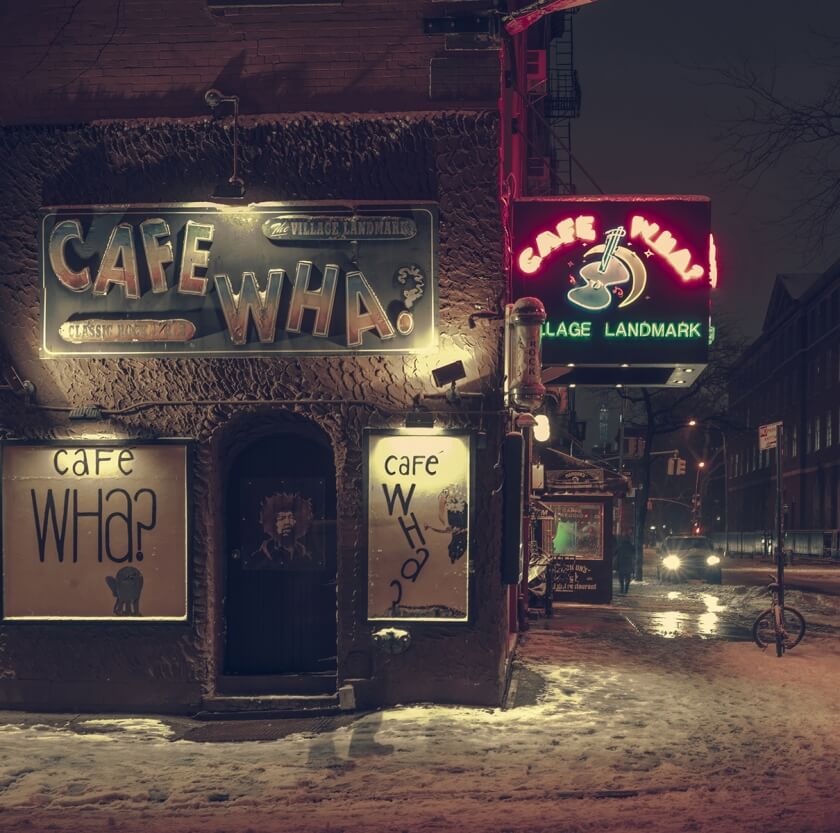 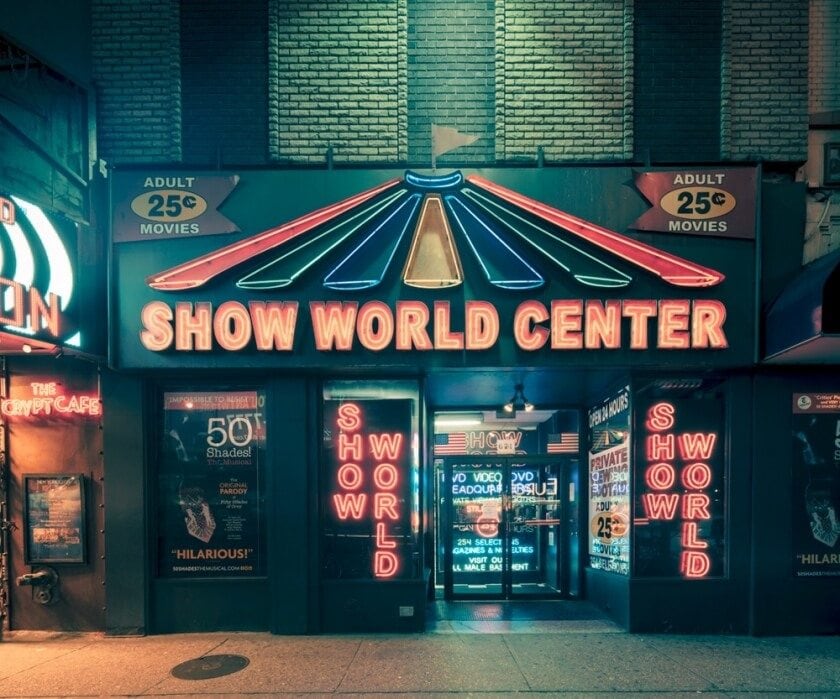 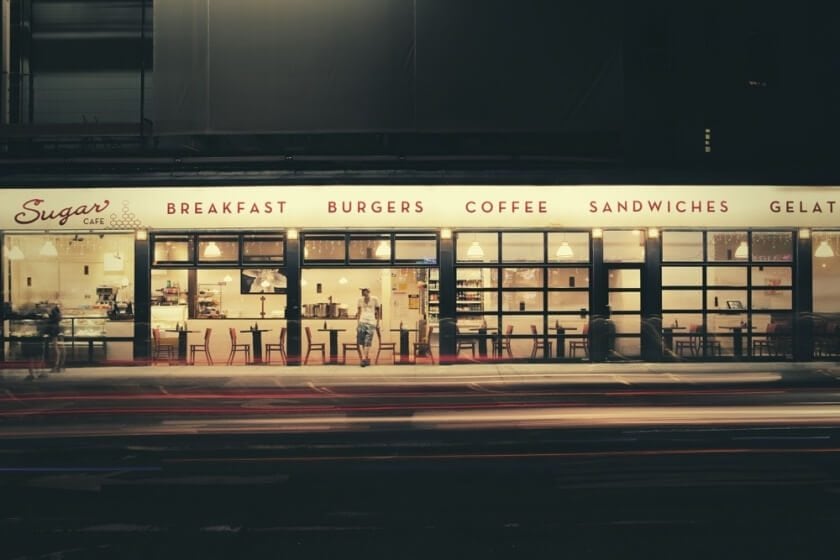 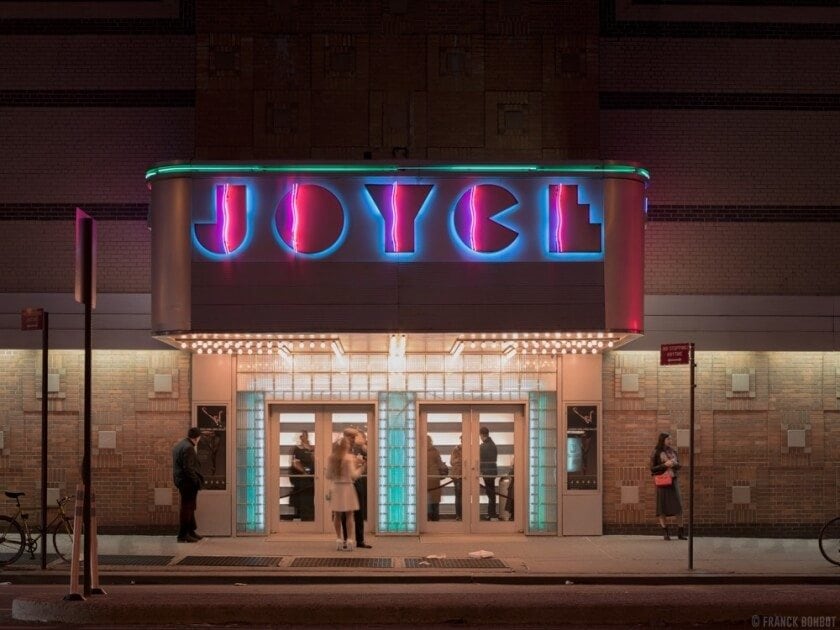 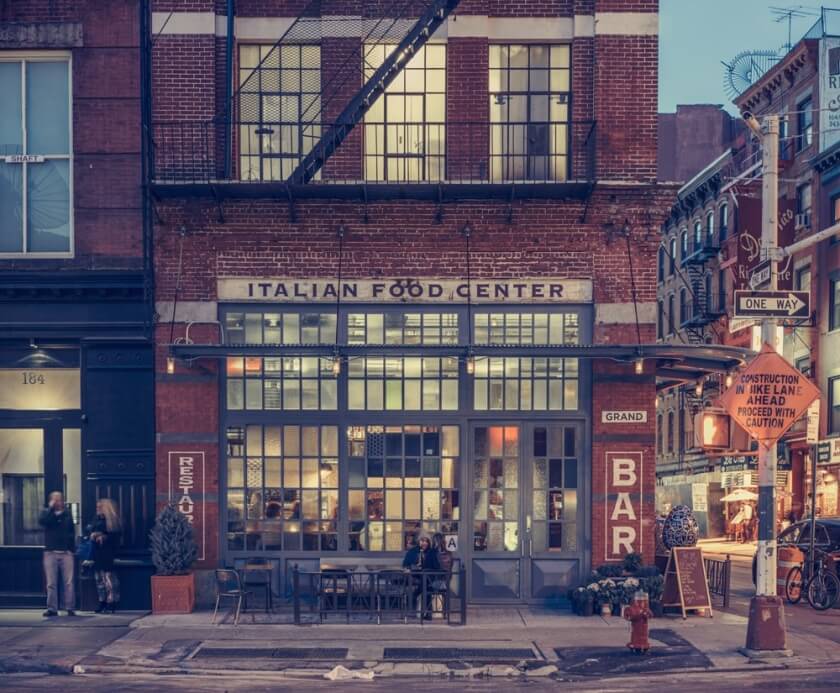 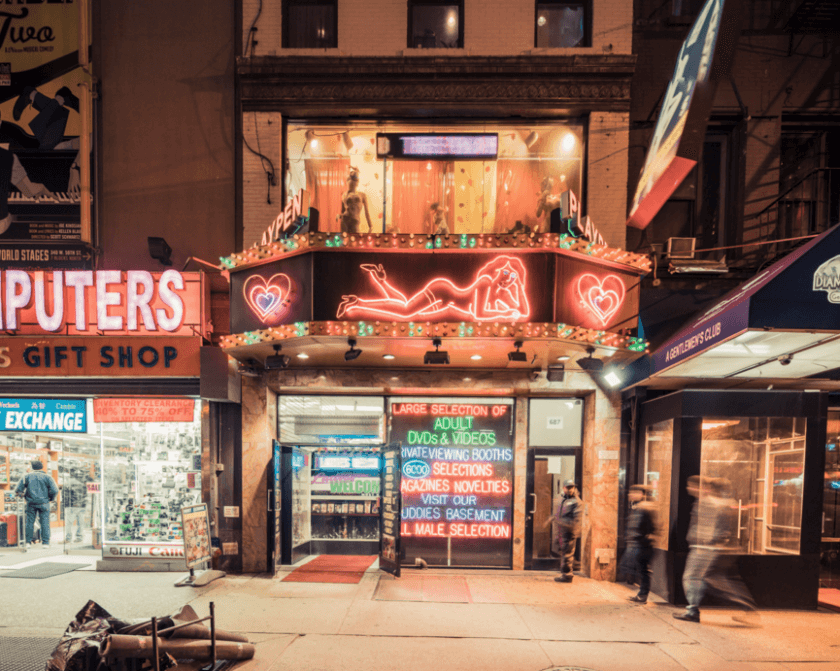 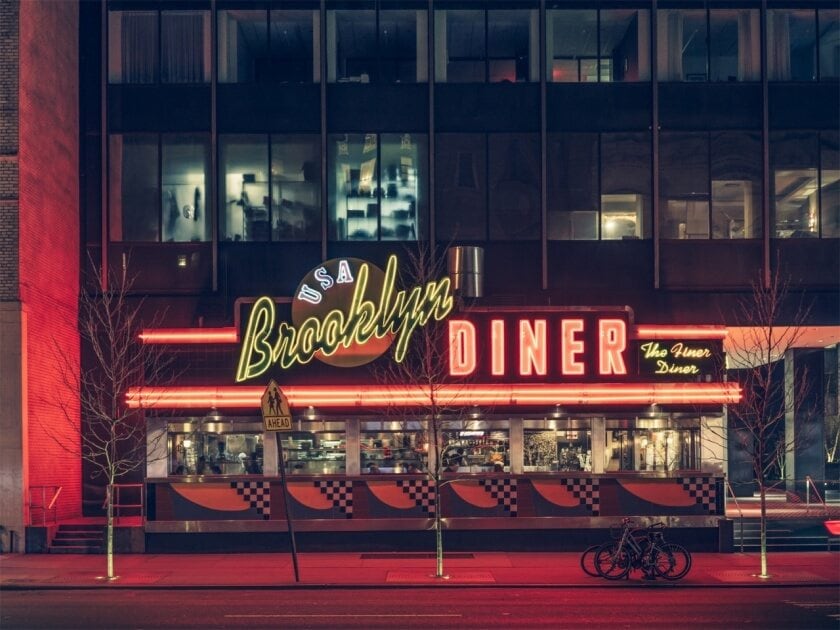 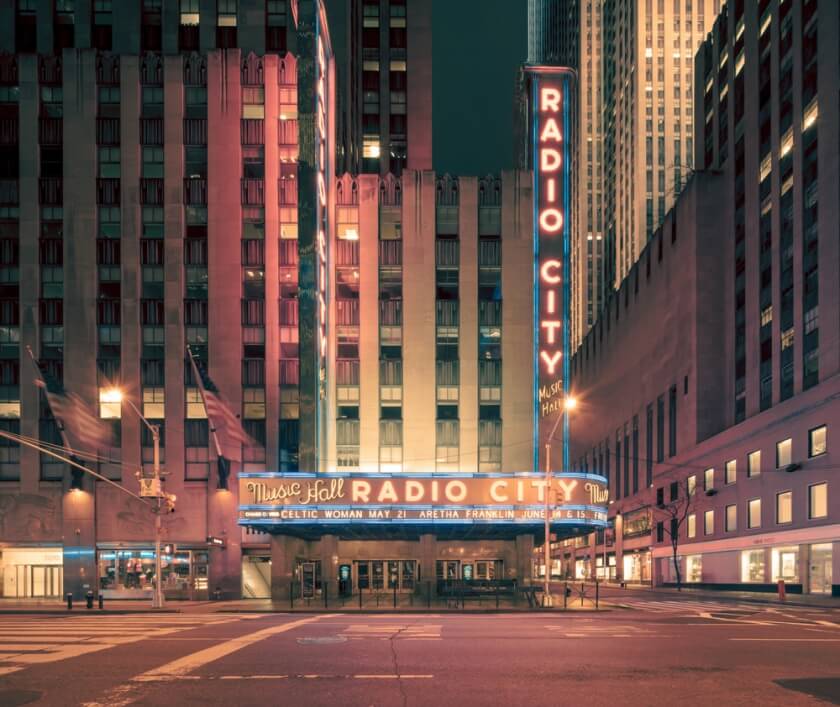 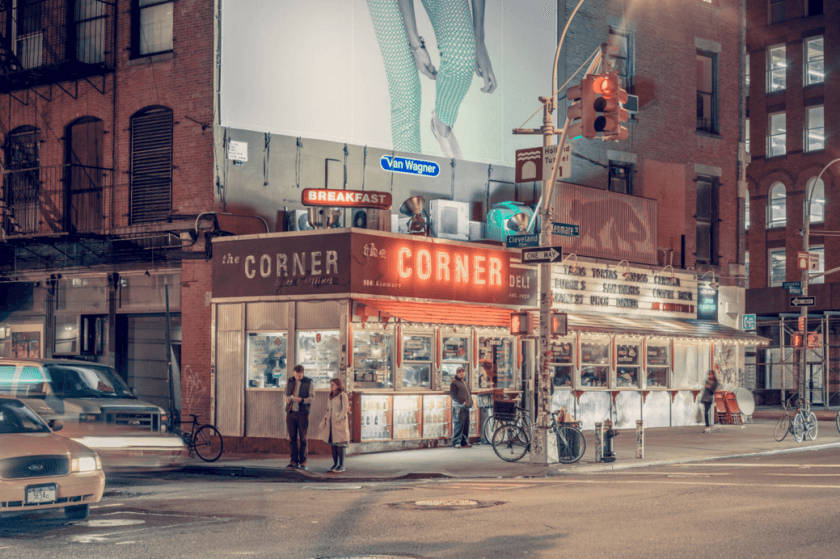 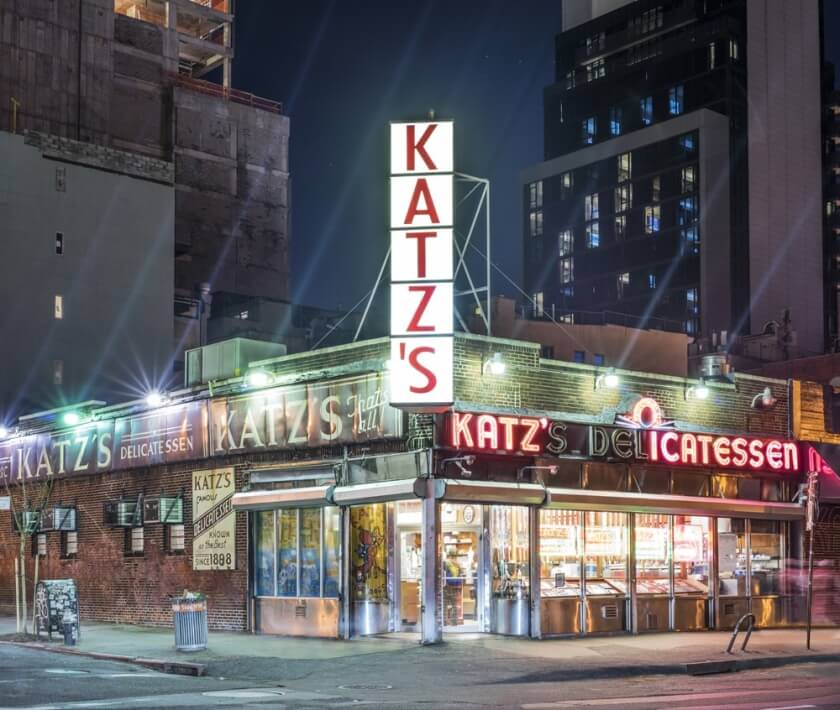