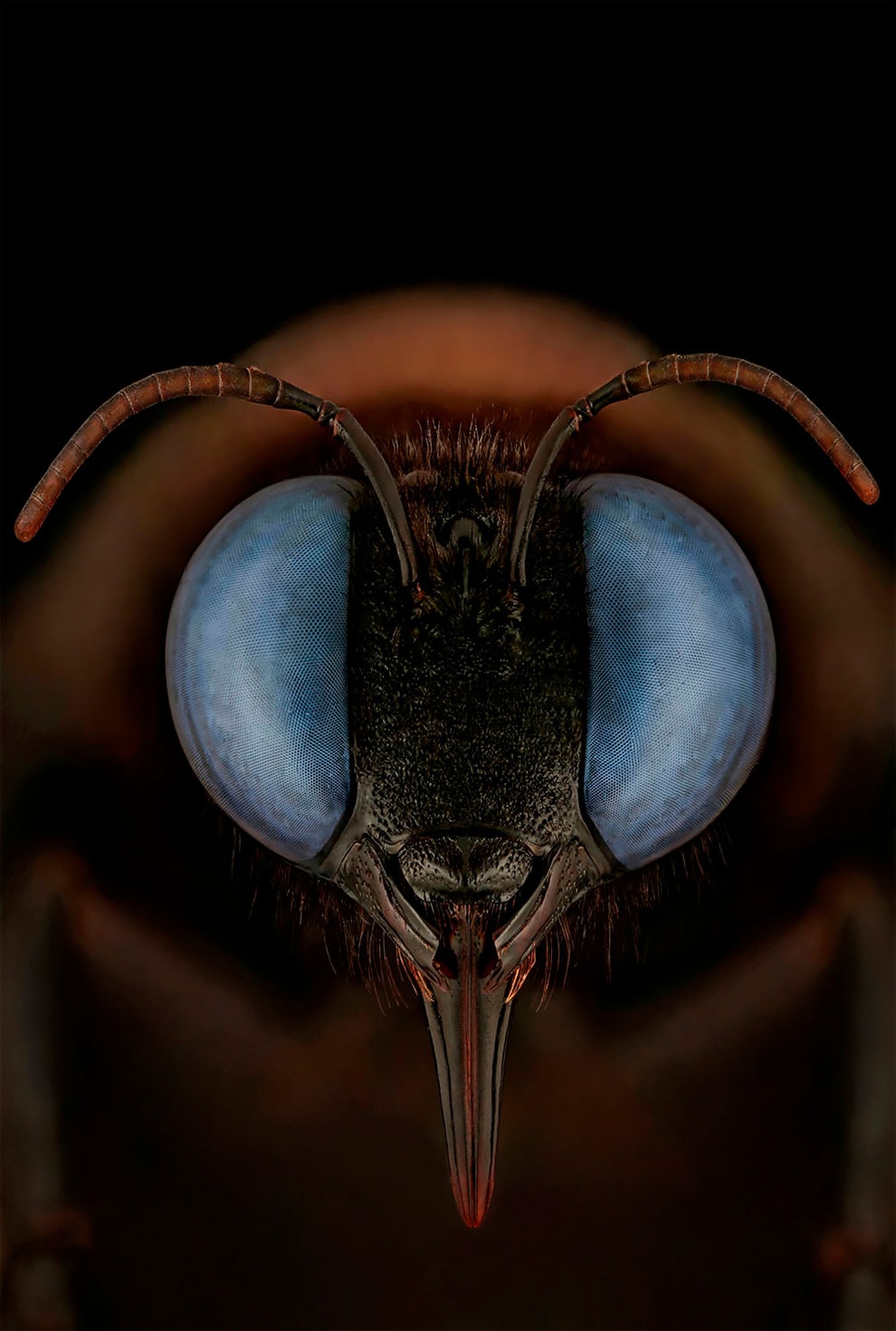 As the master of the world of macro photography, Mofeed Abu Shalwa said, a certain group of faces of insects such as dragonflies, wasps, bees, hovercraft flies was photographed with focus stacking technology.
It took him several months to photograph and create this plan. Firstly he had to learn all about the presence of chosen insects and their whereabouts to find them. A year later, the project had formed.
After a long time of study on a variety of insects, he chose a few species. He included a list of them to find them in some of the woods that he had recently traveled to, such as Austrian forests, Malaysia forests, and amazon forests. He did that to take a closer look at these species and contrast them with other habitats. It turned out, some of these species are different in each environment. They differ mainly in terms of facial carving, according to the diversity of the natural territory.