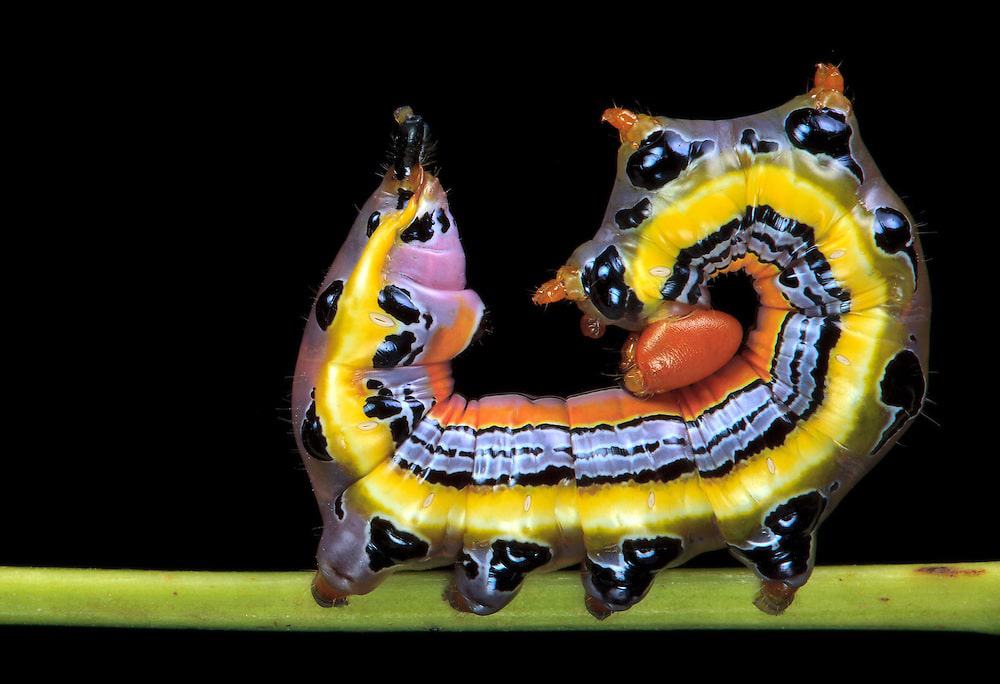 With over 120,000 known species across the planet, the beauty and wide variety of caterpillars is magnificent. English photographer Samuel Jaffe has taken his lifelong passion of caterpillars to a new degree, devoting the past several years to exploring, photographing, and educating people about these charming creatures.

In 2008, Jaffe took up the rearing of caterpillars he’d loved as a youngster and recorded his work with amazing photos of the caterpillars of New England. Whether displaying their magnificent coloration or their capacity to mimic their environment, every caterpillar is revealed munching on the plant of its own choice, offset by a neutral black backdrop.

“As a photographer, caterpillars fascinate me as subjects due to their incredible defensive adaptations,” Jaffe informs My Modern Met. “Many are unmatched impersonators of the leaves and stalks of the host plants. Some imitate other creatures like snakes and spiders which may be threatening to their predators. Others may seem like bird poop, galls, or detritus. Many caterpillars also play eccentric defensive dances, have inflatable horns, bright warning colors, or other openings. Caterpillars are unmatched tricksters, and I love shooting and describing these survival strategies in one photograph.”

After much success exhibiting his photographs, he started organizing exhibitions and workshops to educate the public about caterpillars. Too often caterpillars are seen as pests, but because of Jaffe and the utilization of The Caterpillar Lab, people understand how vital they are to the surroundings.