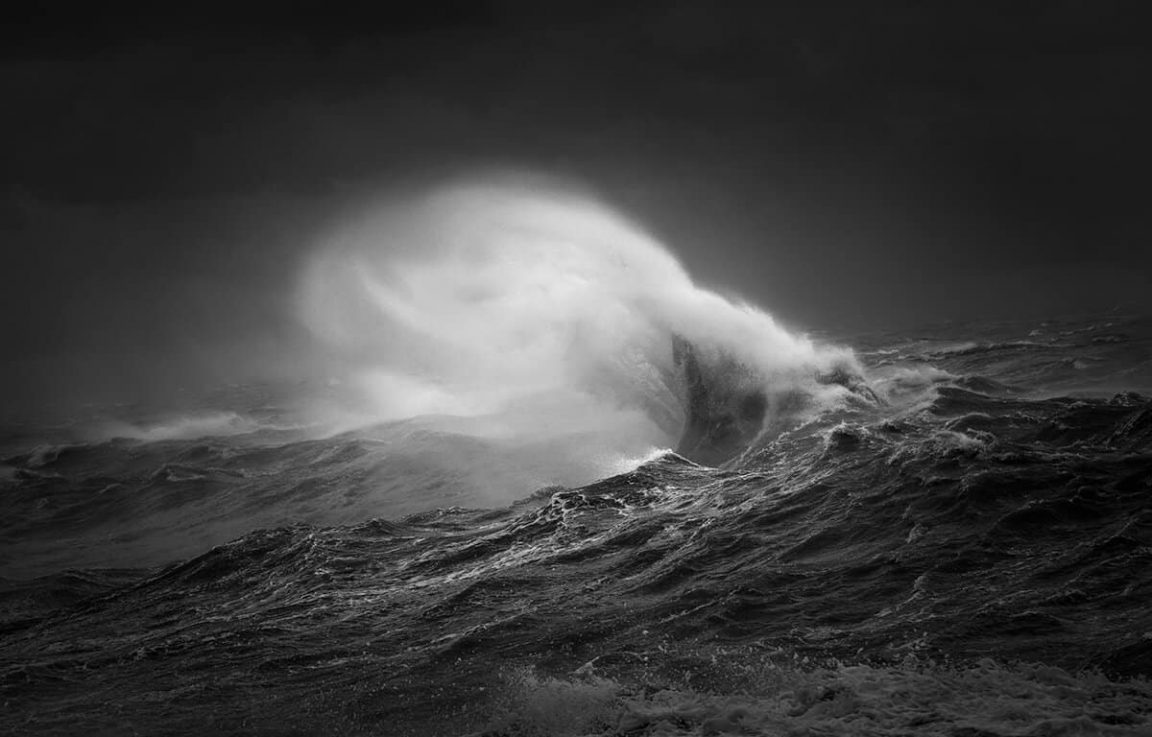 Rachael Talibart was awarded the top prize for her striking picture of a breaking wave captured from the southern coast of England. The sea spray, frozen in time, is a dramatic shot which takes on even greater mystery in black and white.

“With the ideal image, I find that shooting black and white. can powerfully improve the emotion I am trying to evoke and, being one step removed from reality, it can provide a fresh view,” she shared.

Talibart, who is both a seasoned sailor and professional photographer, beat out a field of gifted foreign photographers to acquire the title of Black+White Photographer of the Year. Participants were asked to submit pictures across three categories: The World of People, The World Around Us, and The Creative World. The winners were judged by an expert panel that included Elizabeth Roberts (editor of Black + White Photography Magazine), Shoair Mavlian (assistant curator of Photography at the Tate Modern), also 2015 BPOTY winner Vicki Painting.

Talibart’s image was selected for its blend of technical ability and artistry, which tipped the balance in favor of this landscape photograph. In an area heavily peppered with vision including individuals, Talibart’s win proves this kind of photography is equally as successful as portraiture or photojournalism.