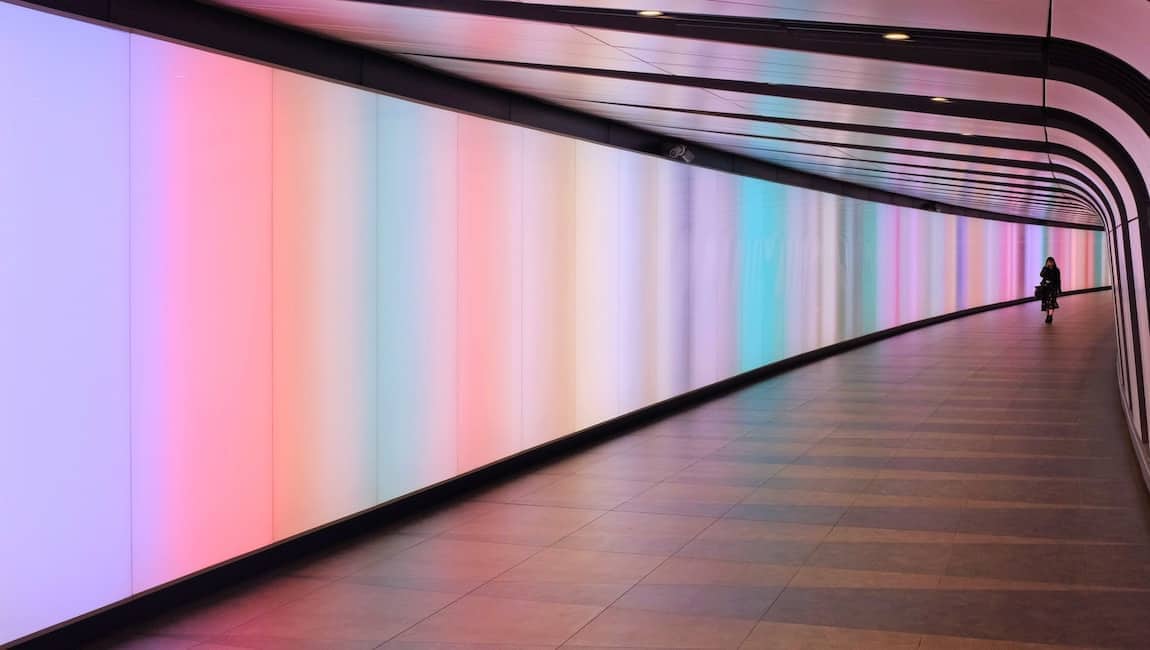 LEDs are fantastic light bulbs that produce very bright light and consume very low amounts of power at the same time. You can get them in several shapes and sizes, including ones that can fit into traditional bulb sockets, as well as custom-made lamps. You can also get them in numerous colors, depending on your choice. But then, what exactly are What makes them tick, and why are they so bright? How can they consume so little power and last for such a long period? Additionally, do they have any disadvantages?

If you’ve ever wondered what the answer to any of these questions is, don’t worry. This post answers all of them and more.

What are LED lights?

Do you know how LEDs come in very different colors? Well, the color is determined by the energy required by the electrons to cross the semiconductor’s bandgap. This process of creating light through the interaction of electrons and electron holes is called electroluminescence.

It’s okay if you didn’t follow most of that physics stuff. The basic thing you need to understand about LEDs is that they produce light when current passes through their semiconductors. The color of the light is also determined by the interactions that happen within the light bulb when electricity passes.

As an interesting side note, a device similar to the LED is the IRED. IRED is short for Infrared Emitting Diode, and instead of emitting white light, it emits infrared energy when current passes through it.

How long do they last?

LED lights are notorious for their longevity. With the average incandescent bulb, you can expect about 1,000 to 1,500 hours of service. If you leave them on for a continuous period, they’ll last for about two months. LEDs, on the other hand, can last up to 25,000 hours. That amounts to about three years of continuous use.

This is one of the reasons why LEDs are so popular and so recommended. They can save you a lot of money since you only need to buy one every few years. Depending on the brand you buy, there are bound to be deviations in this lifespan, but they all fall within the same range. Another kind of bulb that has been known to last a long time is the CFL (Compact Fluorescent Light).

The way this works is that instead of running an electric current through the filament of the bulb-like in  LEDs, the current is run through a tube that contains argon and mercury vapor. The process creates UV light that translates to visible light. However, they aren’t as long-lasting as LEDs, lasting only 8,000 hours for every bulb.

Are they as efficient as they say?

Efficiency here refers to how much light a bulb can generate and how much power it needs. Power consumption is becoming a bigger focus in the world. This speaks to both generating enough power, as well as ensuring the power we’re generating doesn’t destroy the ozone layer (coal-powered plants). Since virtually everything uses electricity from cell phones to toasters and even cars, we need to cut back whenever we can for the sake of our world.

The idea is that LED bulbs consume less power over time, and that can accumulate to a real difference when multiplied by all the households in the world. Comparatively, LED light bulbs and incandescent bulbs of the same size consume vastly different amounts of power. While the LED consumes about 12 watts, the incandescent bulb will consume 60 watts. That’s five times the power consumption.

This switch has been happening already, and several homes are already using LED bulbs, thanks to vendors like e-conolight. It turns out that the motivation to use these bulbs isn’t just the environment, although that’s certainly part of it. Over the lifespan of one LED, you’ll spend about $3 for its electricity, which is five times less than the bill for incandescent bulbs (the bill is about $15). It is, therefore, no surprise that people are very motivated to make this shift.

What determines their color?

Earlier, we talked about how the lights produced by LED bulbs are determined by the energy of the electrons. In addition to this, the color is further modified using the principle of photoluminescence. In this, a thin layer of phosphorus is applied to the inner coating of blue LED lights. (This is in cases where the natural color of the light produced by the bulb is blue.) The blue light interacts with the phosphorus layer and gives off white light.

Without this process, LEDs will still come in different colors, but we would have very little control over them. With photoluminescence, we can select the color at will. We can even vary the kind of white light we get.

Do they have any disadvantages?

For the most part, it seems this entire article has been about singing praises for LED lights. We’ve talked about how bright they are, how long they last, and how little energy they consume. It almost sounds like they are perfect, and don’t have any disadvantages. But then, that’s not true because the pros and cons are basically the foundation of everything that exists. Here are two drawbacks of using LED lights.

They are expensive at first: A LED light costs eight times as much as an incandescent bulb during purchase. If you needed twenty bulbs for your house, you’d spend about $80 on LEDs on every $20 incandescent bulb you buy. That’s a lot.

Hopefully, now, you know enough about LEDs to decide whether or not they are everything people say they are, and to make an informed decision on whether or not to buy some for your home.