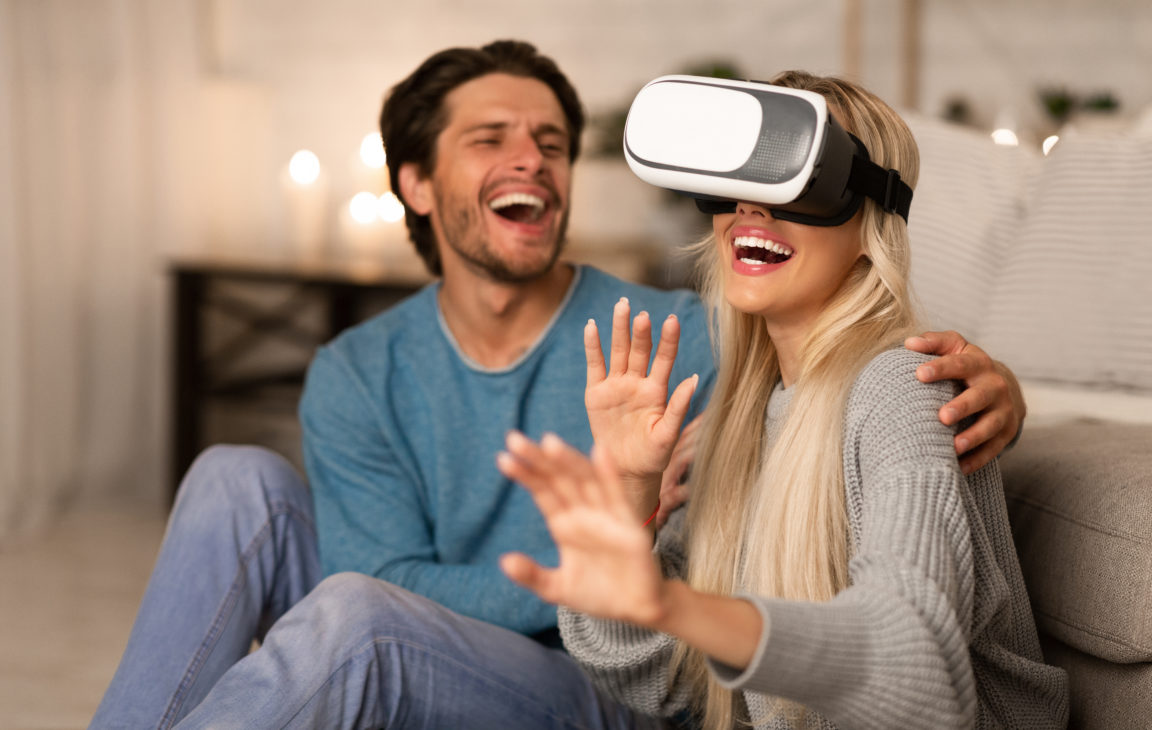 If you are new to immersive technology, a common question that might arise in your might is what’s the difference between augmented reality and virtual reality as people are often confused about the two. In simple terms, AR is a technology that adds digital elements using a camera or a smartphone, while VR creates a fully immersive experience that transports real-world elements into a different environment. Examples of AR technology include Snapchat and Instagram lenses, whereas VR uses much-sophisticated technology like HTC Vive and Oculus Rift.

In this article, I am going to highlight what VR actually is, how does it work, and the industry where this technology is most useful. I’m sure that after going through everything, you will have a basic understanding of VR and its applications.

How Does VR Work?

Where VR might seem like a very complicated thing, if you trickle it down to the details, it all gets fairly simple. VR is based on a technology that immerses the users into a third-dimensional space, entirely changing what they see.

As soon as you wear the glasses, you are greeted with a 3D interpretation of the world where everything feels real. The ocular display is specially designed to trick the brain into believing that all 2D elements are actually 3D. This phenomenon is called a stereoscopic display, and all the immersive transformation is done through this.

One of the main benefits of VR is that it can be used in numerous industries to improve its products and services. If you want to use technology in your own industry, you can contact a professional virtual video production company that can help you take your business to the heights of success. Here are some of the major industries that can benefit from using VR technology.

One of the most important and useful implementations of VR is in the military sector. Armies around the world are using VR technology to train their armies as it has proved to be an effective method. VR can be used for simulation, boot camp, and other things.

Another area where VR comes in very handy is the sports industry. It has made things much easier for players and coaches as they can easily analyze certain situations and perform rigorous training without putting themselves in any kind of harm.

When it comes to the medical industry, VR has improved this by miles as it has become a primary method of treating lots of different diseases. Doctors can easily perform exposure therapy in an attempt to treat conditions such as depression, PTSD, anxiety, etc.

Last but not least, a lot of schools have also adopted VR technology and started using it in the classroom to make education more fun. VR is very handy for special students as it can be used as a perfect alternative for children having troubles with autism.