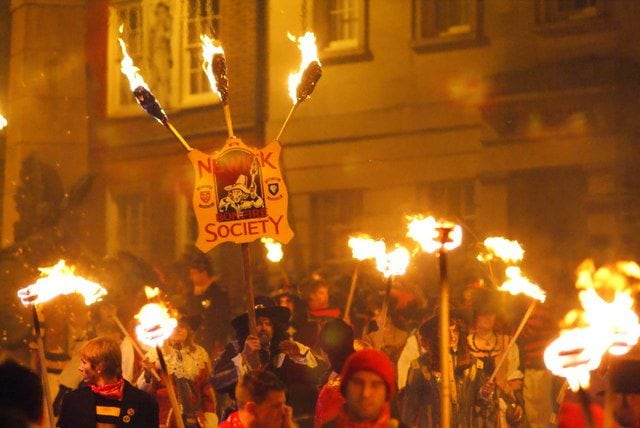 Glittering fountains and several gleaming formations in the sky, glowing diyas lighting up rangoli patterns on the earth and some ‘sweet’ exchanges of mithai between friends… Shubh Diwali is here! Yes, it’s time for the brightest festival of the year in India and in several other countries including Nepal, Sri Lanka, Myanmar, Mauritius, Malaysia, Singapore and Fiji! Did you know Diwali is an official holiday in 12 countries of the world, including India?! Signifying the triumph of good over evil, Diwali is a celebration of enlightenment, traditionally symbolised with lighting up of diyas and candles. And with the changing times, it’s not just the humble diyas but a gamut of spectacular fireworks that has become synonymous with Diwali. From the fascinating firecracker displays by the Ganges in Varanasi to the awe-inspiring fireworks over Golden Temple in Amritsar, it’s ‘India Shining’ every Diwali. While fireworks light up the skies of the country every autumn/spring, many other countries in the world celebrate their own “festivals of lights” around the year. This Diwali, iTraveller brings you a glimpse of the varied festivals of lights worldwide. Take a dekko!

Land in England in the month of November and you’re given to believe, it’s Diwali! But the British light up the skies for a very different reason. The Guy Fawkes Night on November 5 and the following nights commemorates the failure of the historical figure Guido Fawkes aka Guy Fawkes and the Gunpowder Plot episode. His effigy is burned, and the event is followed by a display of fireworks.

Sparky Celebrations
Tar Barrels Festival at Ottery St Mary – An ancient tradition in which wooden barrels, lined with tar, are lighted up. Men, women and children run through the streets with the barrels on their heads!
Lewes, Sussex – street spectacle of 17 burning crosses and other fireworks.
Coast at Skinningrove between Saltburn and Whitby – Annual themed bonfire and fireworks
Plymouth’s Hoe – Splendid view of historic Smeaton’s Tower, the Royal Citadel walls, gardens and the Royal Naval War Memorial with awe-inspiring fireworks

If Dubai is all about living life king size, it’s New Year’s Eve gets bigger and better every year. The fireworks on the eve are one of the major tourist attractions in the world. In fact, last year the Emirati city broke the Guinness World Record for largest-ever fireworks display with nearly 500,000 shells fired in six minutes. Are you already packing your bags for a Dubai trip this December?!

Sparky Celebrations
Downtown Dubai – World’s most advanced pyrotechnics and LED-illumination technology to light the Downtown with Strobe-light effects, volcanic waves and a shower of stars.
Palm Jumeirah – Rent a yacht or ride the marine transport and cruise along the Palm Jumeirah and the Dubai Creek to witness the amazing fireworks.
Burj Khalifa from different locations – If you are unable to make it to any specific location to view the spectacular fireworks, no worries! Try to get a vantage point of Burj Khalifa, which is visible from different locations in the city to enjoy the firework display.
Rooftop restaurants – Any rooftop restaurant, especially in commercial locations can give you a magnificent view.
Discovery Gardens and Dubai Marina residents, Dubai Land, Zabeel Park – These are some of the apt spots for viewing the fireworks.

National pride manifested as a festival of lights; that’s Singapore’s National Day for you. On August 9, every year, Singapore celebrates its independence from Malaysia with Parade and fireworks displays. The spectacular show is believed to be one of the best in the world.

Sparky Celebrations
Marina Bay Sands Waterfront Boardwalk – This is a focal point of the National Day celebrations so you can’t afford to miss this location.
The Helix Bridge – As the bridge connects Marina Bay to Marina Centre; you have a vantage view of the firework display.
The Esplanade Waterfront Promenade – The picturesque location offers you more than just firework display.
Esplanade Bridge, Esplanade Drive – Besides a great view of fireworks, you also get to have great fun with family.

Here’s an interesting titbit. Way back in the 12th century, the Chinese used fireworks not to celebrate festivities but to scare away evil spirits! In fact, not many of us may know that gunpowder was invented in this very country. The largest manufacturer and exporter of fireworks in the world, China celebrates its New Year and the Mid-Autumn Moon Festival with some of the spectacular fireworks.

Fourth of July or the Independence Day of the US is one of the most illuminated celebrations of the world. In addition to fireworks, the host of festivities includes parades, carnivals, barbecues, fairs, concerts, ceremonies and baseball games, a favourite with Americans.
Sparky Celebrations
Atlanta’s Centennial Olympic Park
Washington, DC Fireworks spectacle at the National Mall
Houston hosts the country’s largest land-based fireworks in the US
New York – Macy’s firework is the biggest polytechnic show
iTravellers are sharing childhood memories of the festivities and their idea of Diwali…