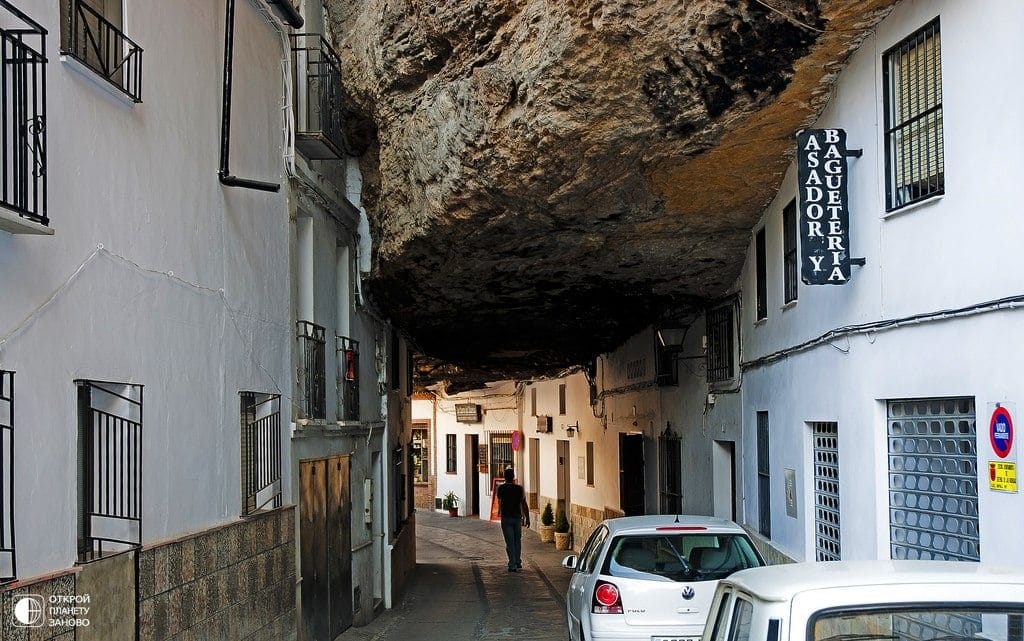 Setenil de las Bodegas is a small town in the province of Cádiz, Spain. Named after its once flourishing wineries – bodegas – Setenil de las Bodegas (which means Setenil of the Wine Cellars) is unique among the pueblos blancos, white villages, of Andalucia and particularly famous for its dwellings built into the rock overhangs. The town extends along the course of the Rio Trejo with some houses being built into the rock walls of the gorge itself, created by enlarging natural caves or overhangs and adding an external wall. 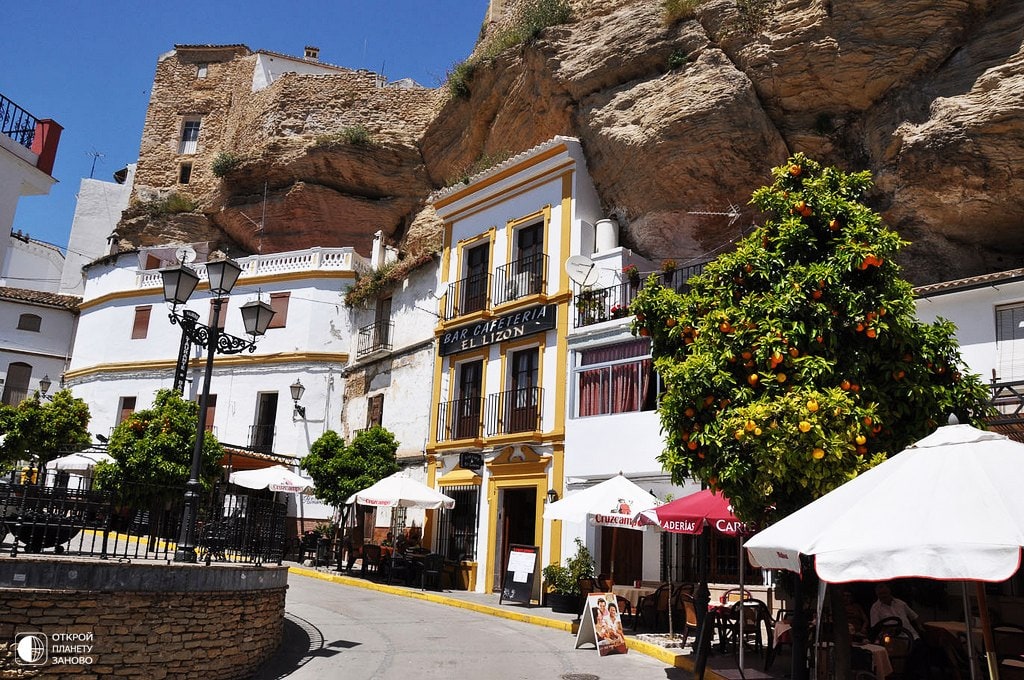 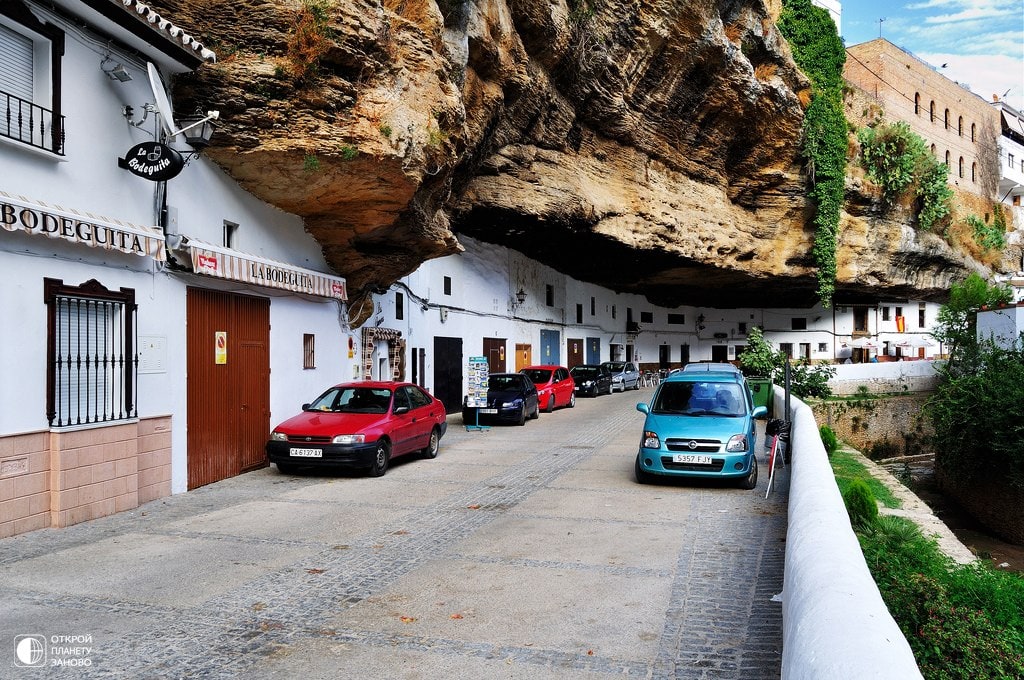 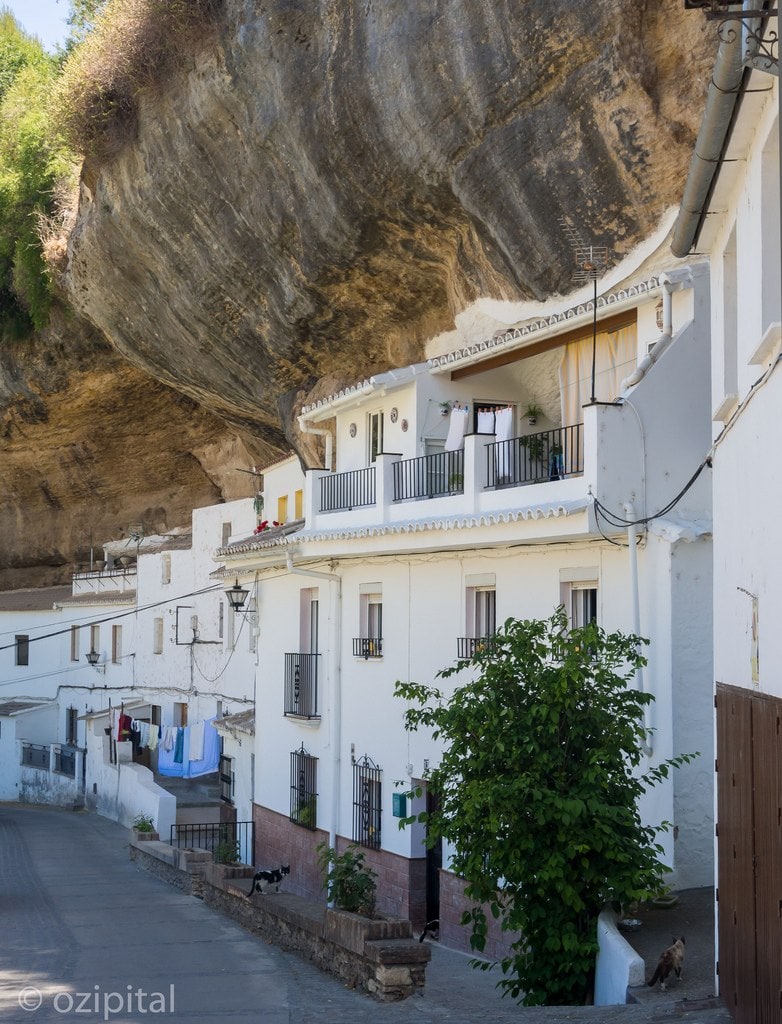