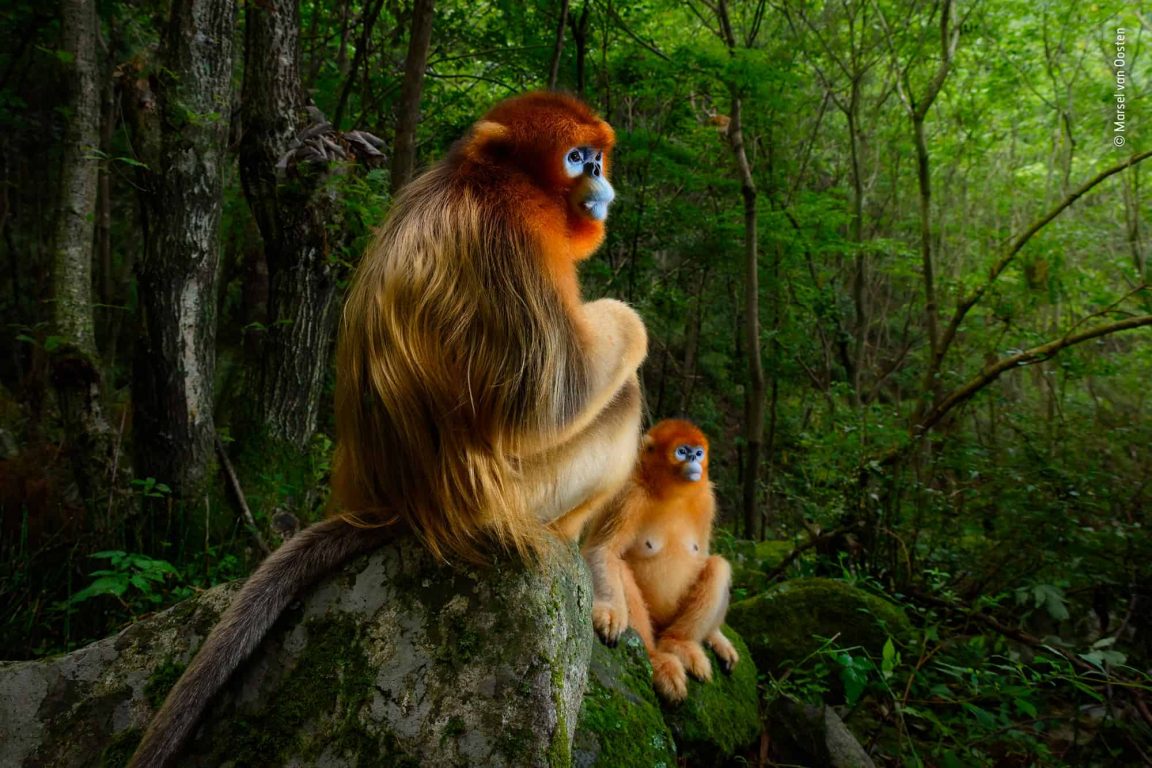 Photographer Marsel van Oosten was the chosen winner of the 54th yearly Wildlife Photographer of the Year contest after being selected from over 45,000 submissions. His photo, The Golden Couple, catches a set of golden snub-nosed monkeys on a woody backdrop. Their bright blue faces shine in the lush forest of China’s Qinling Mountains–that the remaining habitat where the threatened primates are seen in the wild.

In total there have been 19 category winners in the thousands of thousands that submitted images of wildlife and natural surroundings from all corners of the world. Winning images comprised a wasp carrying a perfectly round segment of sand, two owls snuggled in a pipe, and a leopard is daydreaming on a low branch. The winners, plus a collection of several entries from the contest, are now in an exhibition that will travel to Canada, Spain, Australia, and Germany.