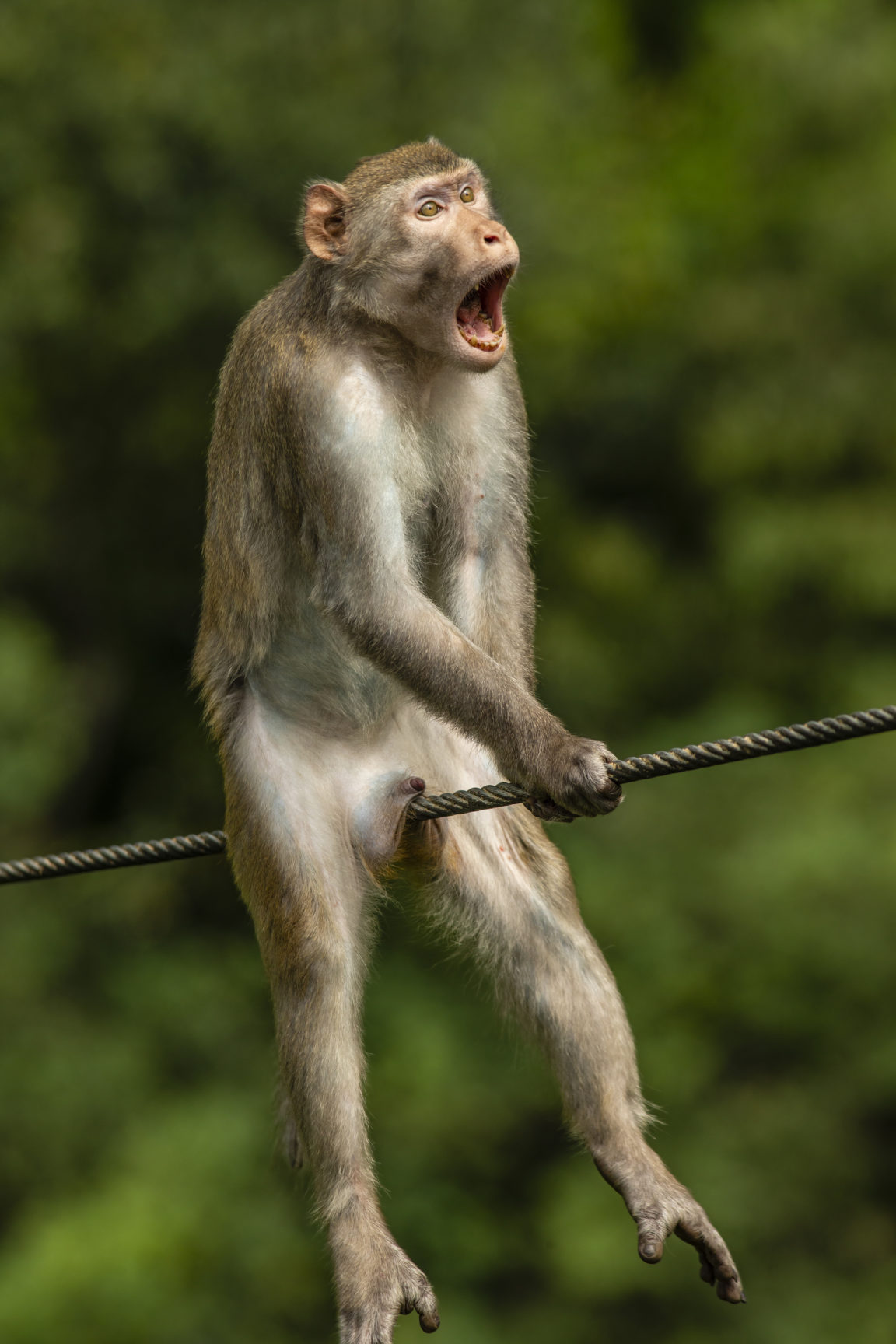 There were a lot of amusing photographs to select from, but British photographer Ken Jensen got the best one called “Ouch!” During a family holiday in China, Jensen snapped this shot of a mother and child on the bridge over the Xun River. While viewing the Lonsheng Gorge’s Xun River Bridge, he discovered a region where monkeys roamed freely. This male monkey demonstrated aggression while sitting on a support wire, but Jensen’s excellent timing gives the tale a different meaning.

“When I found out that my entry had won, especially when there were so many great photos submitted, I was astonished,” Jensen said. “The exposure that my image has gotten in recent months has been amazing, and it’s fantastic to know that one’s picture is making people smile all around the world and also helped to fund some worthwhile conservation efforts.”

Once again, 10% of the contest’s revenue is donated to environmental causes. The Comedy Wildlife Photography Awards is now partnering with Save Wild Orangutans to protect wild orangutans throughout Borneo.

Other notable photos include Chee Kee Teo’s Time for School, which depicts the ties between a mother otter and her youngster. Vicki Jauron’s photo collection, for example, is particularly memorable. It represents an elephant bathing in the mud with such delight that it looks as though it could burst. You’ll undoubtedly grin as you scroll through the winners because there are so many wonderful—and amusing—photographs to look at.