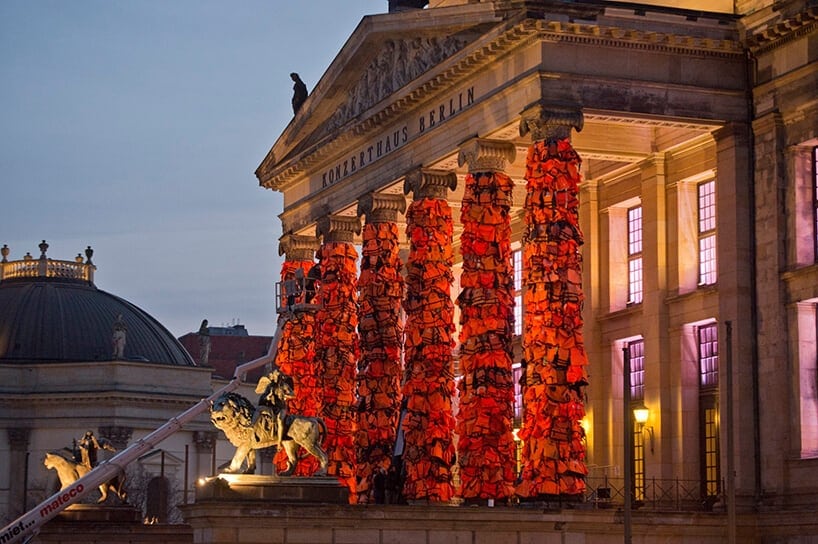 Ai Weiwei has created a five-column installation on the facade of Berlin’s Konzerthaus, a collection of 14,000 life vests from refugees who landed on the Greek Island of Lesbos after fighting the Mediterranean Sea from Turkey. Ai believes the fresh orange installation draws attention to the numbers of refugees that are trying to reach Europe each day, over 400 of whom have died to try the same journey since the beginning of the year.

Despite thousands of the life jackets can now be seen in Berlin, this does not begin to estimate for the thousands of jackets that remain on the banks of the Greek island, pointing to the number of refugees who have passed through the island. Since last December Ai has shared dozens of images of refugees who have come to Lesbos on his own Instagram account, including this image of a mass of life vests left behind. 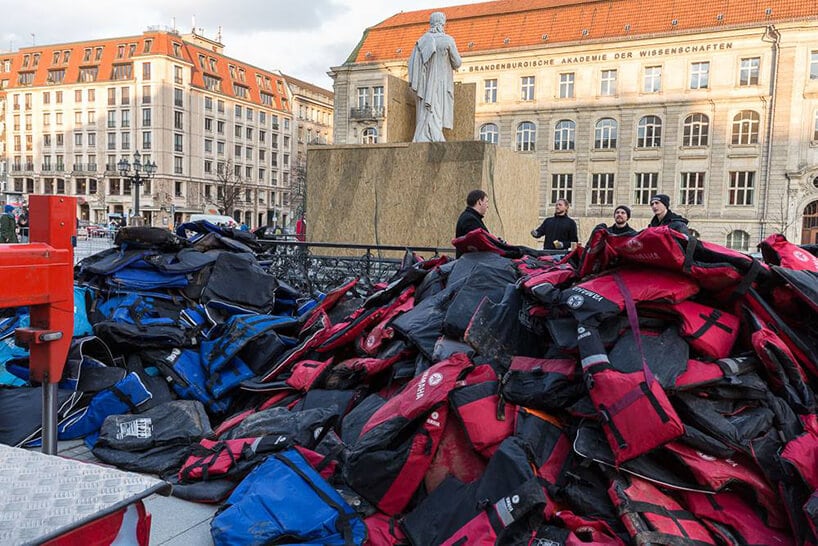 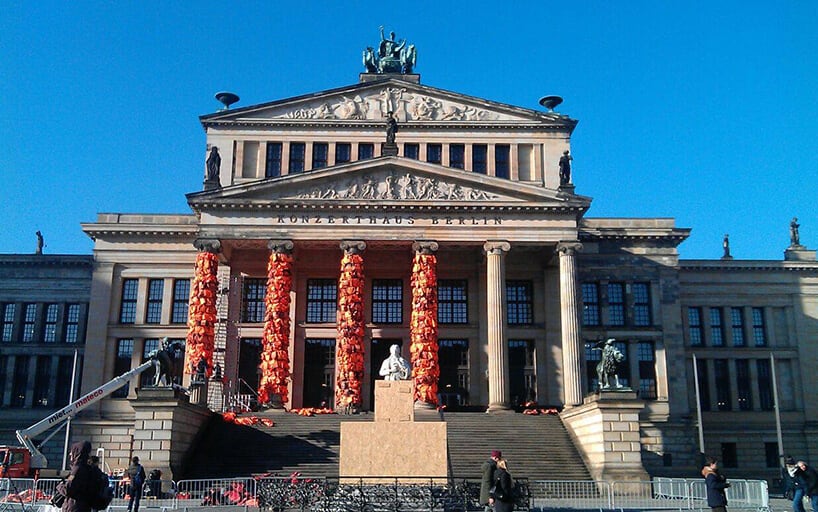 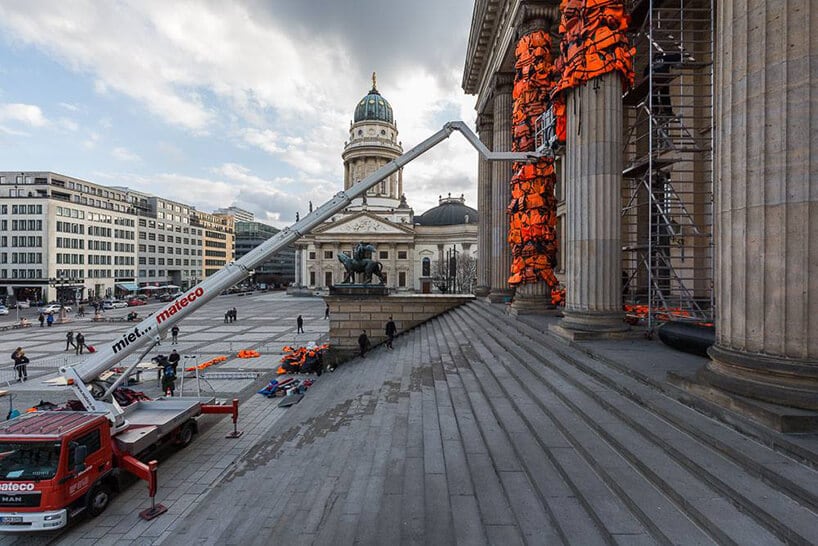 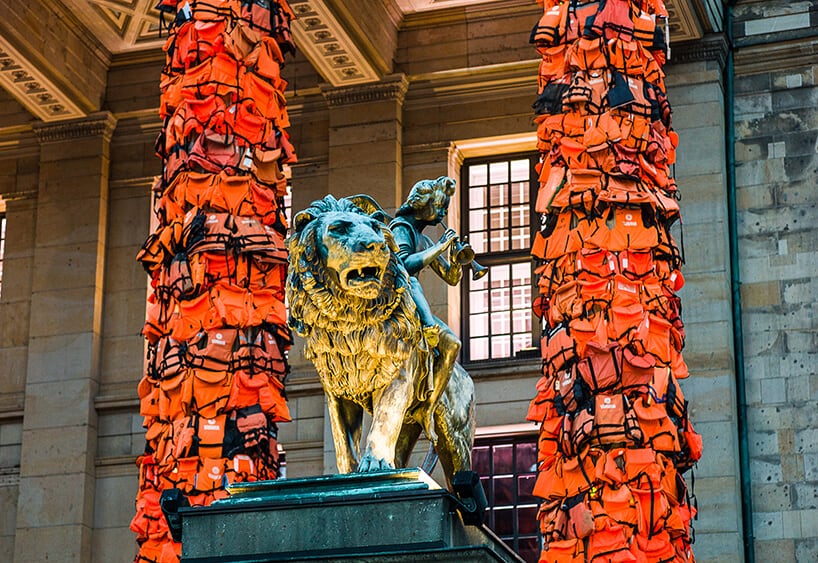 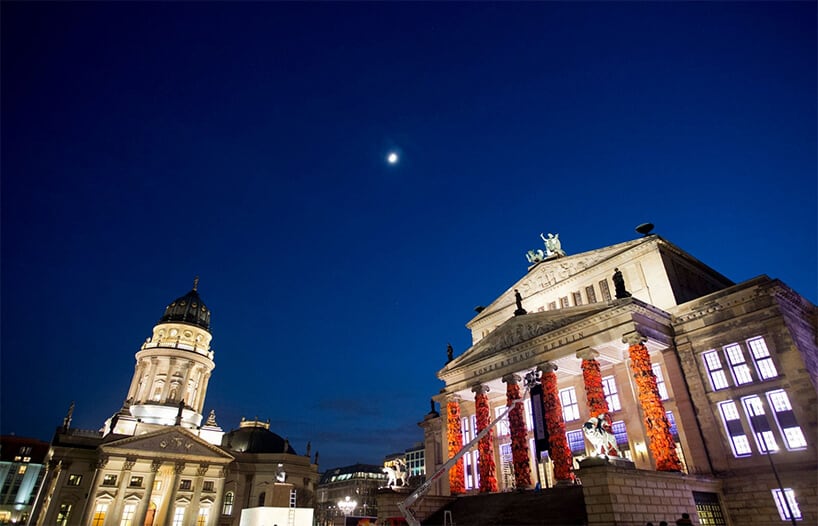 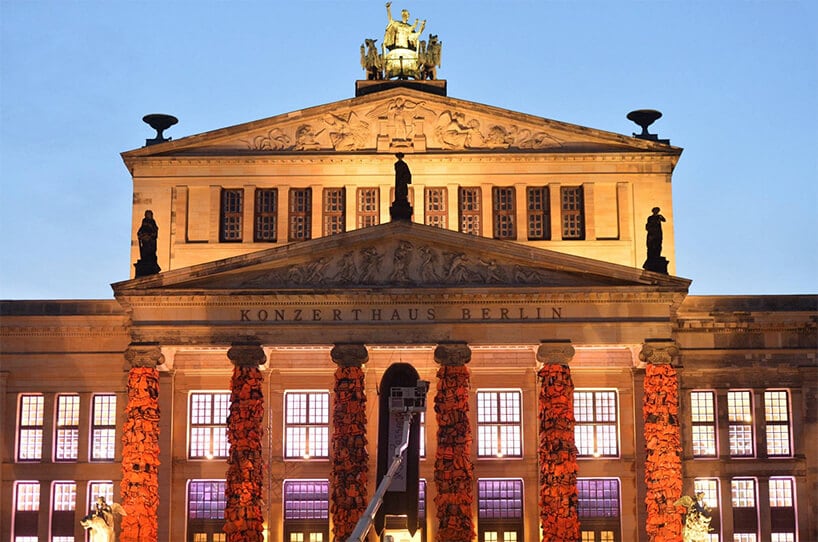 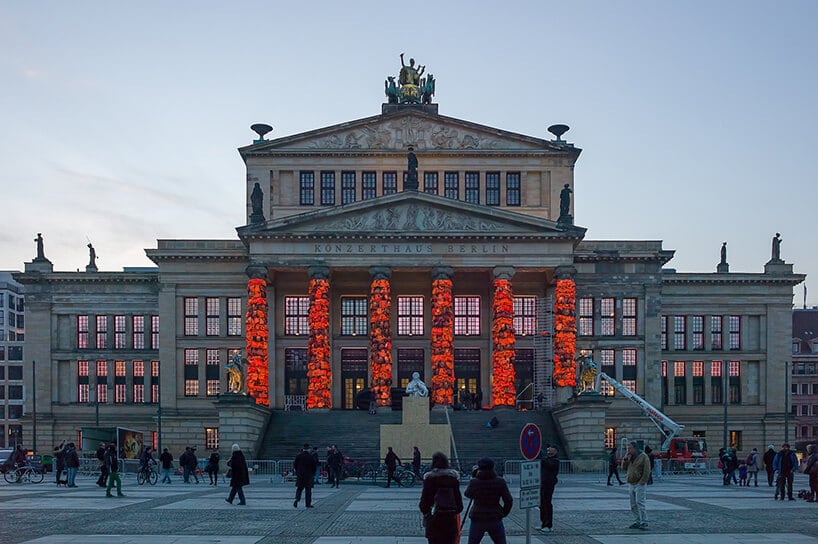