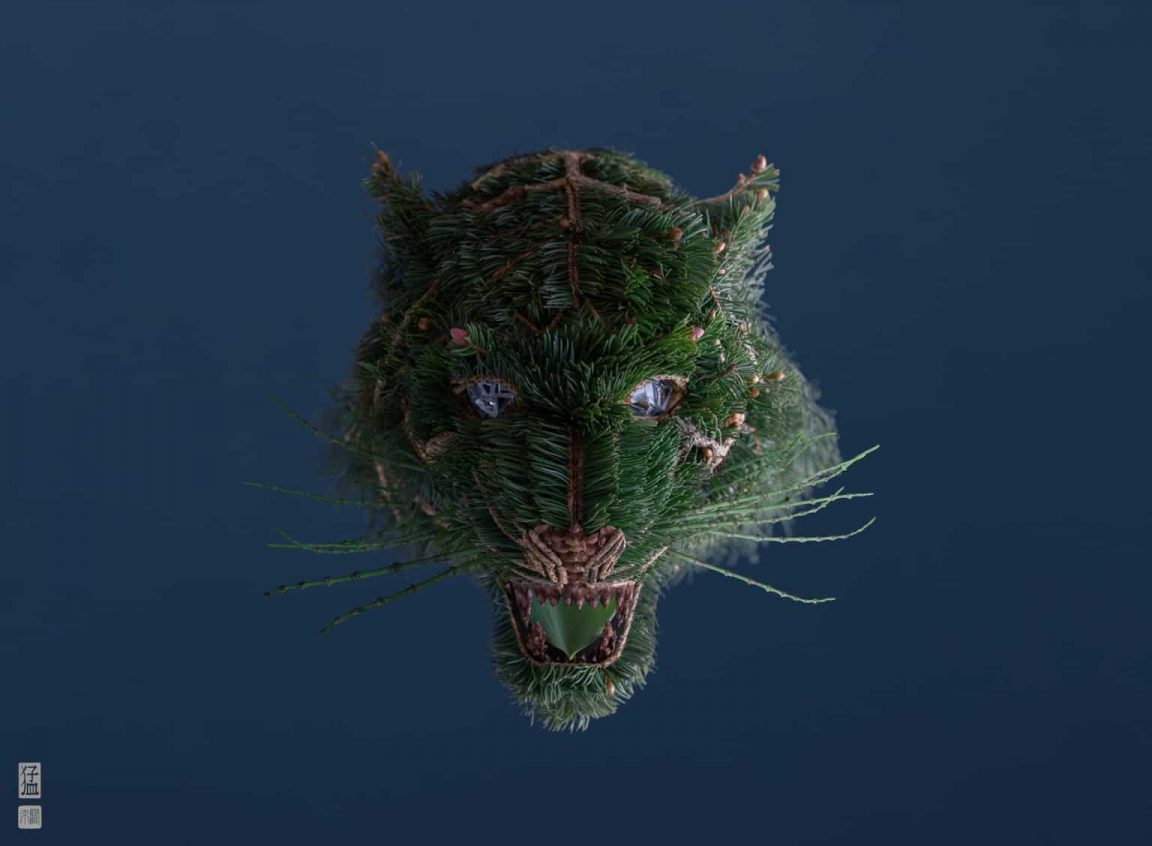 Raku Inoue recently looks an elongated road trip to several destinations in the American Southwest. During his journey, he created a scorpion-shaped arrangement out of seeds, sticks, along with a pepper discovered at Antelope Canyon in Arizona, and used a fallen cactus segment near Horseshoe Bend as the abdomen in a prickly tarantula. Other creations created with discovered natural elements throughout Inoue’s trip including a turtle bug, red ant, and centipede.

Lately, Inoue created a monochrome stag beetle and Monarch butterfly to get a short film in cooperation with CBC Arts. The artist has also started to dig into three-dimensional versions of his found flora creations, building armatures to get a gorilla, water buffalo, and tiger. More foraged creations are on his Instagram.