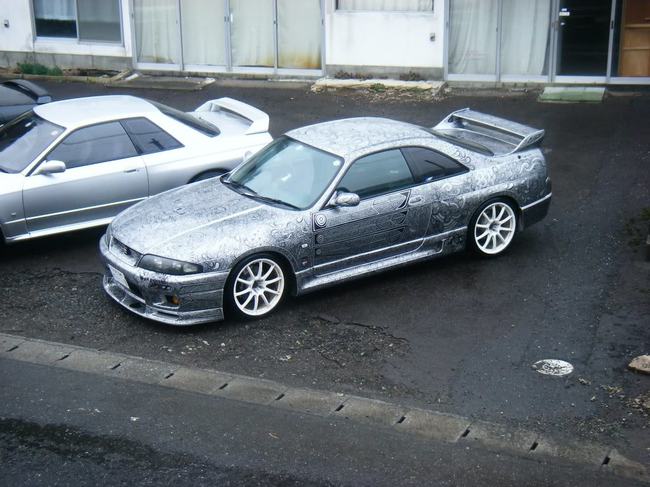 When Collen Kelton, an avid car enthusiast and a member of the US Military stationed in Japan, got his 1995 R33 Nissan Skyline GTR, his plans were to rev it up to be as fast as possible. He put most of effort into it himself, but there was still thing bothering him about the vehicle —the color. He hated the silver layer, so his then-girlfriend, now-wife Allison helped him out.

Firstly, she went in to cover up the tiny scratches on the bumper with her fancy designs drawn with a Sharpie marker. Once they both saw how the magnificent car became, Kelton agreed to let Allison cover the entire car with her waving patterns. They took a risk but, in the end, the couple couldn’t be happier with how it turned out.