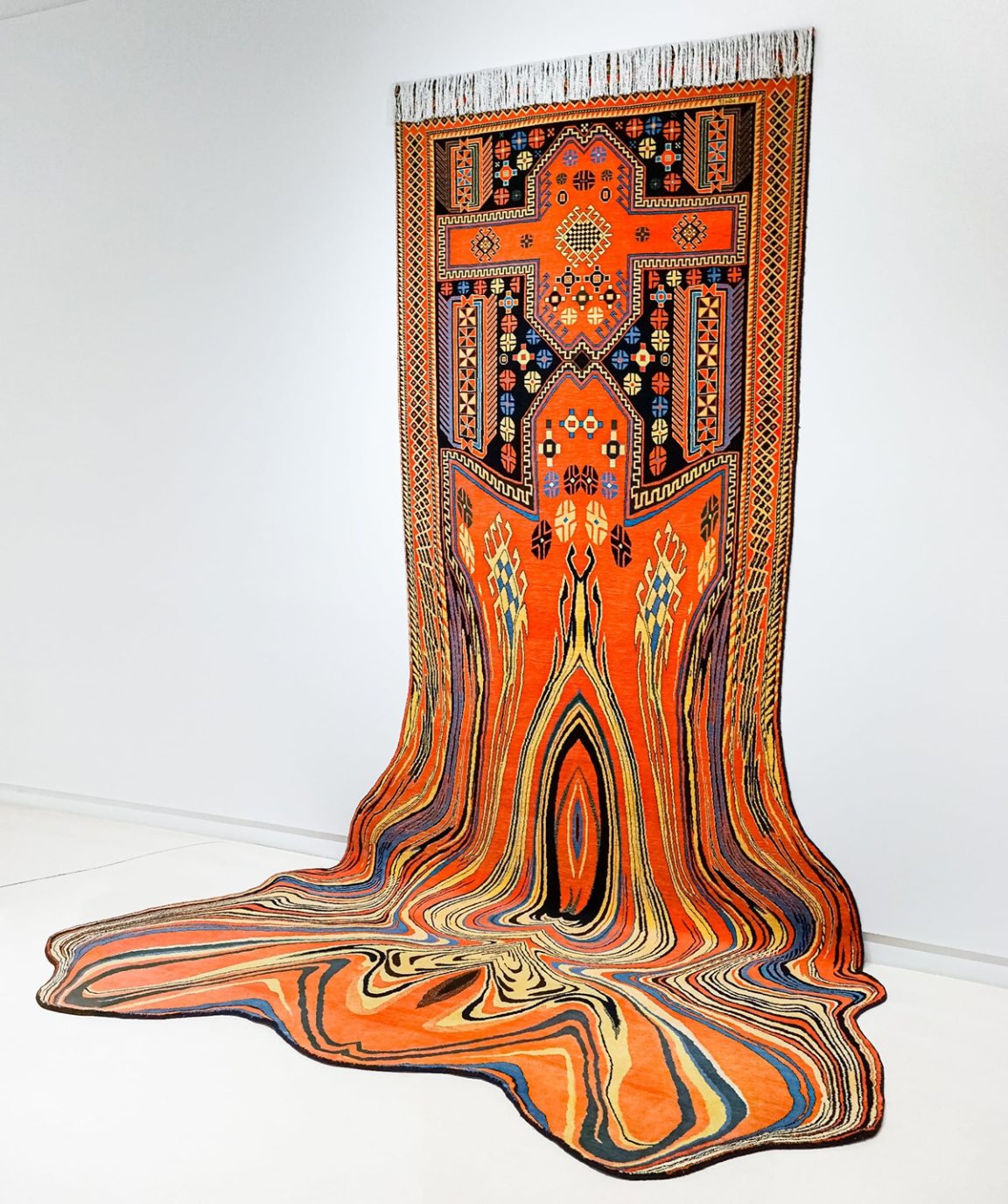 With carpets woven, sewn, and embroidered by hand for over a year in his hometown of Baku, Azerbaijan based artist Faig Ahmed is known for his mesmerizing textile masterpieces. Now, three new works join the piece on display in a solo exhibition titled “Faig Ahmed: PIR” at Sapar Contemporary in New York. This exhibit includes three textile pieces inspired by spiritual minds that are highly influential in Azerbaijani culture and a video from the artist himself.
The three textile works of PIR, entitled Shams Tabrizi, Yahya al-Shirvani al-Bakuvi, and Nizami Ganjavi, appear to be liquid. The paintings flow down the walls and pool on the ground like rivers of color. The pieces are described as “sites of Ahmed’s cultural geography, a tapestry of cultural and political history, language, spiritual values, and art” in the exhibit. Color, history, and mysticism are all simultaneously consumed by the audience.
The exhibit’s title, PIR, incorporates the history of the three mystics and poets and Azerbaijan itself. Pyr comes from Greek and means “fire,” while Azerbaijan is derived from the sacred fire of Zoroastrianism. As a Sufi spiritual guide, the term “pir” in Persian and Arabic connotes someone who leads people to God. As such, the contemporary textiles combine elements of Azerbaijan’s illustrious history.
Until January 17, 2022, PIR is on view at Sapar Contemporary in New York. Ahmed’s upcoming solo presentation at the San Luis Obispo Museum of Art (SLOMA) in California begins February 12 and runs through May 15, 2022. Visit Ahmed’s website to learn more about these exquisite pieces and the creator behind them.