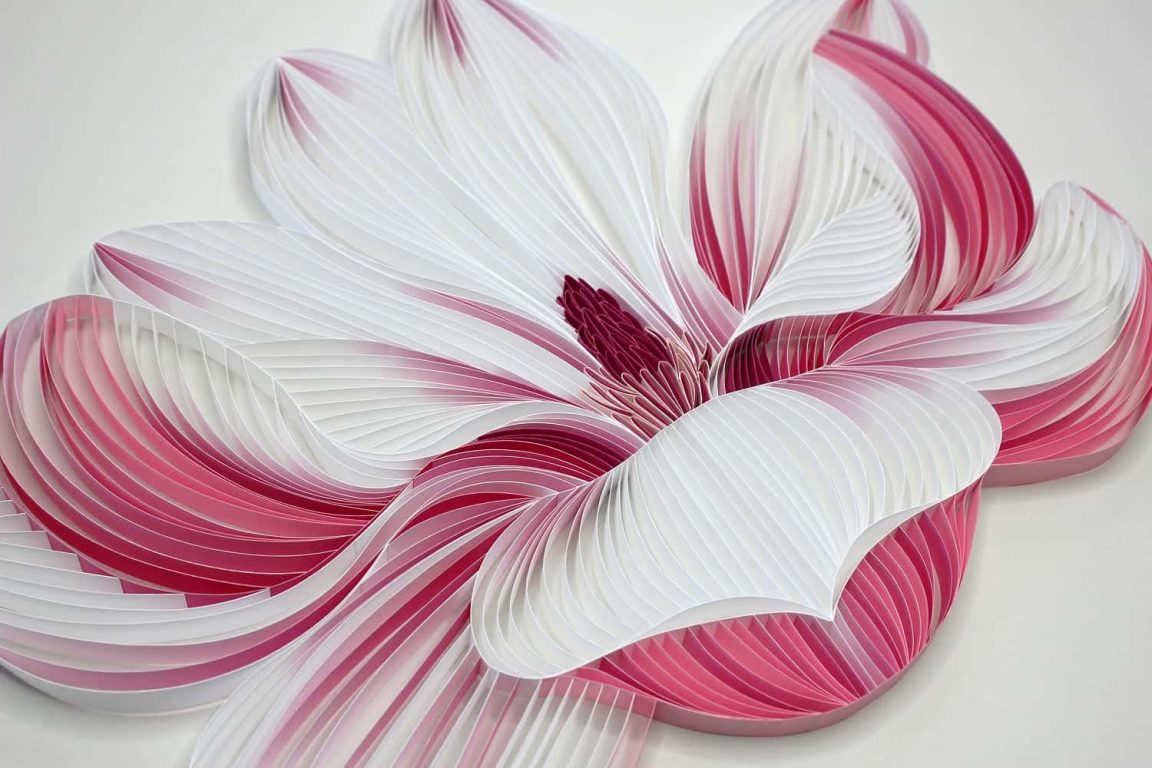 Mixing an architectural background together with the world of paper artwork, artistic duo JUDiTH + ROLFE from Minnesota designs intricately crafted plants and flowers. Sculpted into a variety of botanical species, their work captures the diversity of character whilst putting a contemporary spin on a historical art form.

Derived out of their middle names, JUDiTH + ROLFE is a husband-and-wife-duo composed of artist Daphne Judith, and her spouse Jamie Sneed, who conducts the business and logistics. Following a decade of working as an architect, and a move from new york city to minneapolis–she acquired a love of paper art.
Using a technique Called quilling, she uses paper to capture the picture make up of flora, such as magnolias, irises, and begonia. It’s a method that dates back to the 15th century, when it was initially utilized to decorate religious objects.