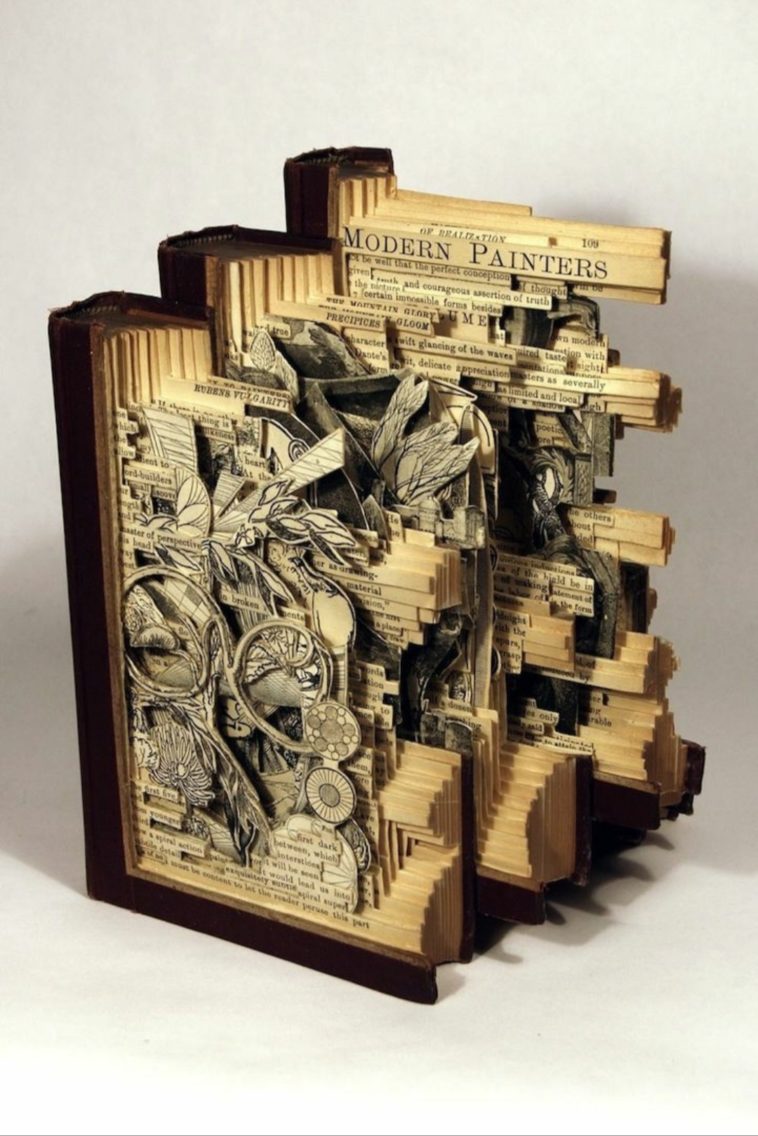 Brian Dettmer was born in 1974, in Chicago, Brian Dettmer studied art at Columbia College, where he focused mainly on painting. During his time working in a signage store, the artist started exploring the relationship between codes, text, language and art. He began producing paintings based on sign language, Braille and Morse Code, then moved on to layered works that involved pasting newspaper and book pages to a canvas, and it was just a matter of time before he would discover the talent he is now renowned for – expert book carving.

“Their intended role has decreased or deceased and they often exist simply as symbols of the ideas they represent rather than true conveyors of content. When an object’s intended function is fleeting, the necessity for a new approach to its form and content arises.”

Dettmer says, explaining the philosophy behind his work.