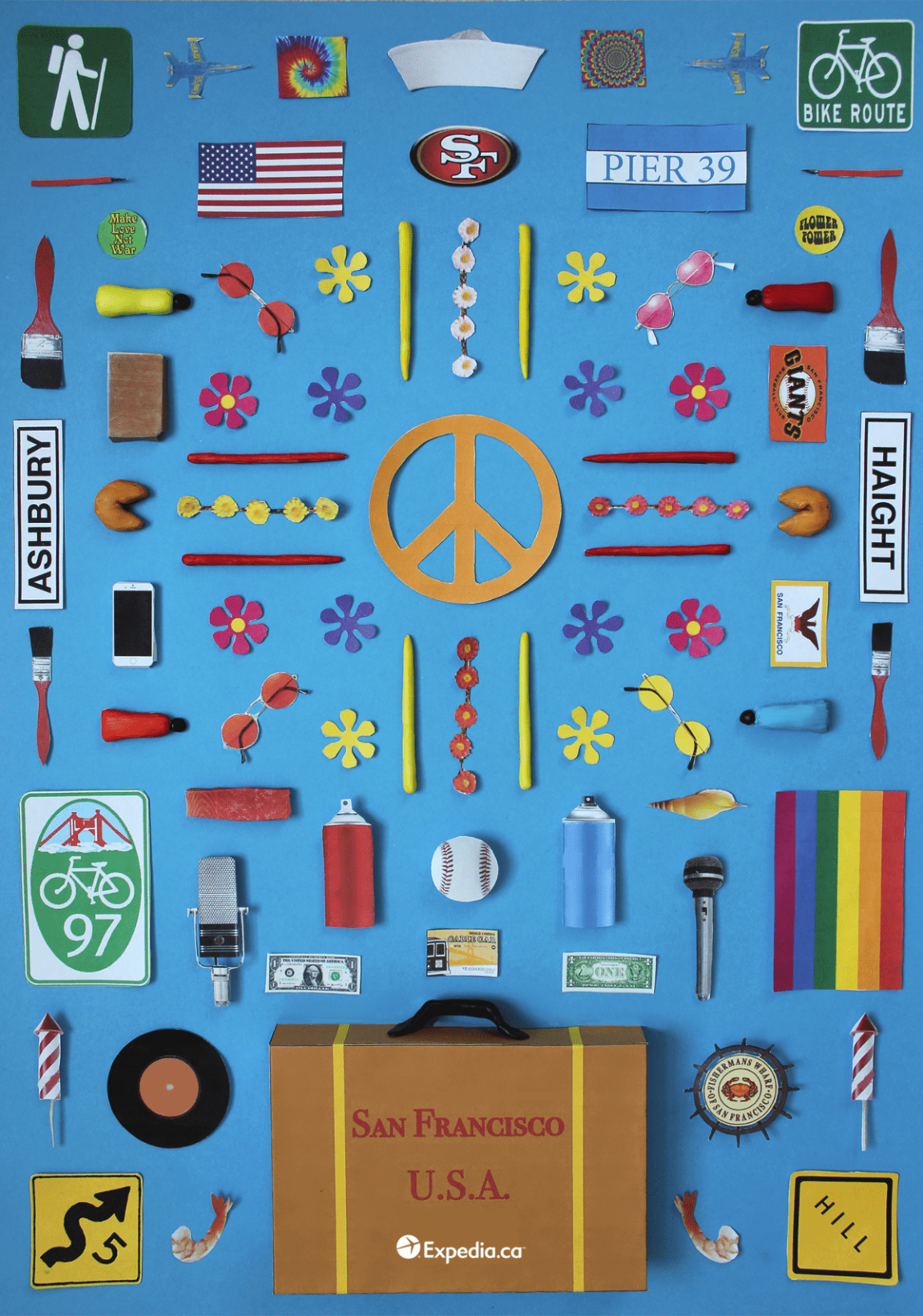 There are a lot of beautiful cities in the world, but only a handful can be considered truly iconic: the type you could identify from just a handful of images or sounds. Perhaps Paris is the most notable, with its legendary plastic Eiffel Tower souvenirs and a history of art and artists that have captured the city’s charm in a myriad of ways. Le Moulin Rouge, Le Chat Noir, À bout de soufflé – they’re all famous cultural landmarks that have become part of the international conversation on art and expression.

Rio de Janeiro, the former capital of Brazil, retains its cultural urgency through its memorable color palette, particular religious iconography, and carnival spirit. When people talk about running away from it all, Rio is likely the first place they picture.

In an effort to capture these city imprints in a single image, Expedia collaborated with UK-based artist Jordan Bolton to create a new series of travel posters: Paris, Rio, Tokyo, and San Francisco. It’s a colorful way to think about the places we’d like to go – and the stuff we might bring back!