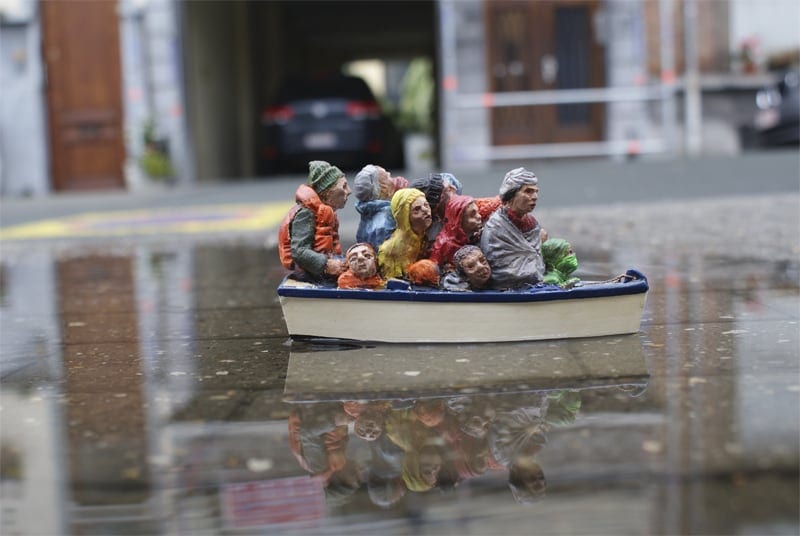 Isaac Cordal is a Spanish artist that has been working on his own projects since 1999. His ongoing series entitled Cement Eclipses began in art school in 2002 but he didn’t start placing them on the streets until 2006, with his first piece laid in the city of Vigo, Spain.

Cordal makes the tiny sculptures in his apartment/home studio. He has placed them in major cities all around Europe including London, Amsterdam, Barcelona, Milan, Berlin and Brussels. “Small interventions in big cities,” is how Cordal characterized Cement Eclipses. 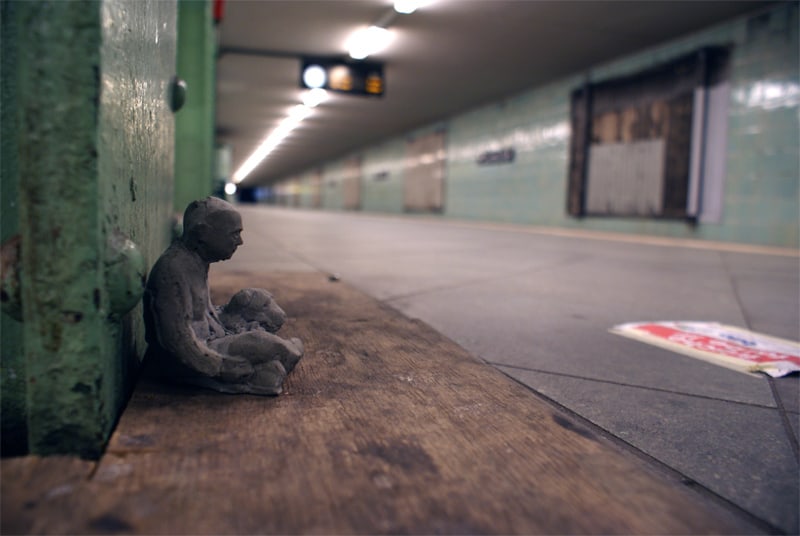 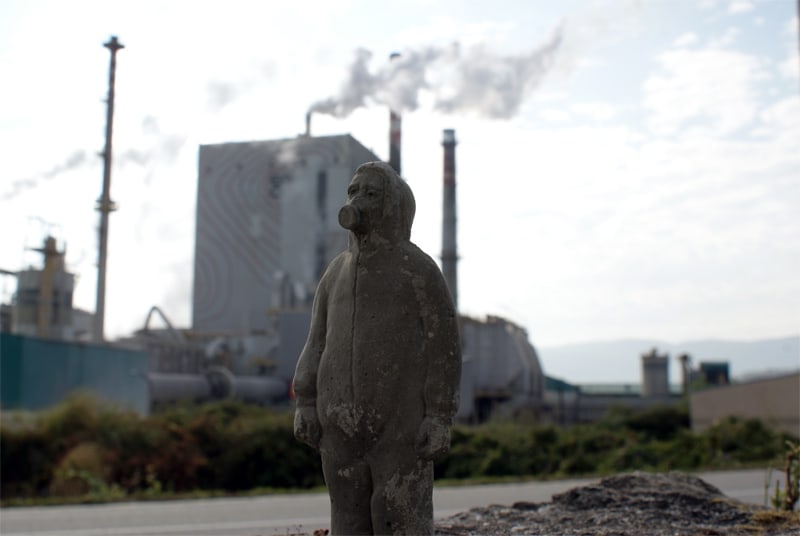 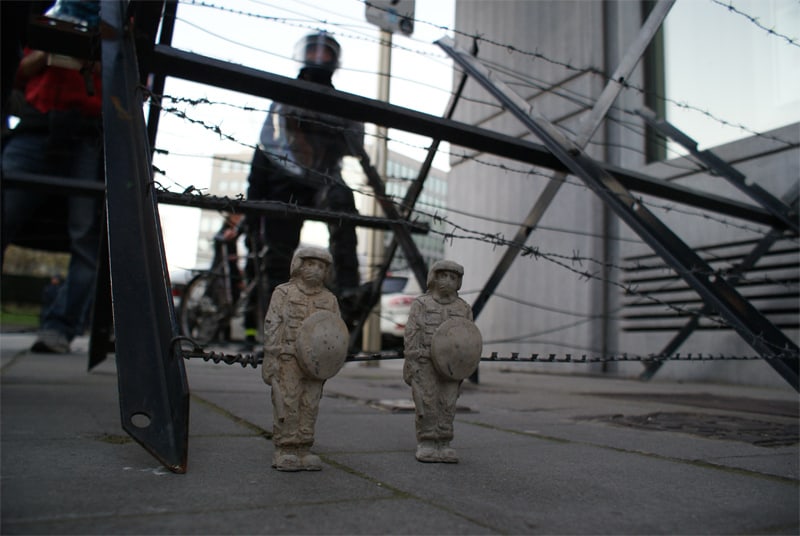 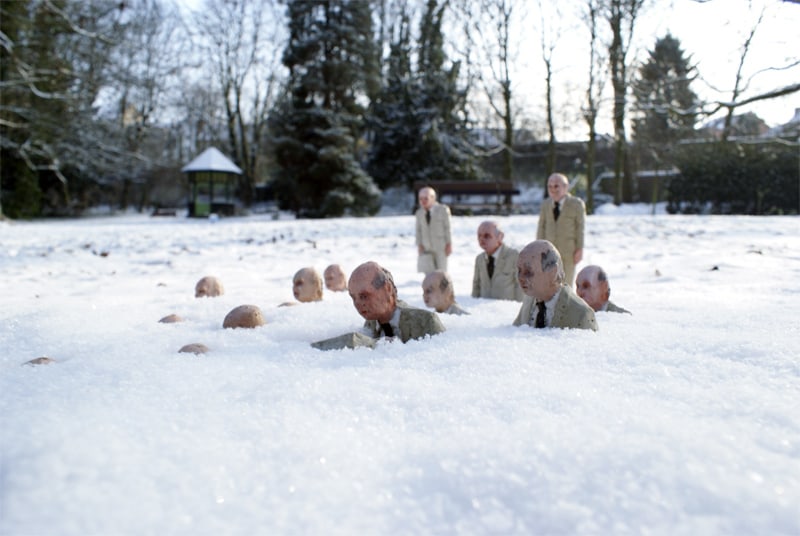 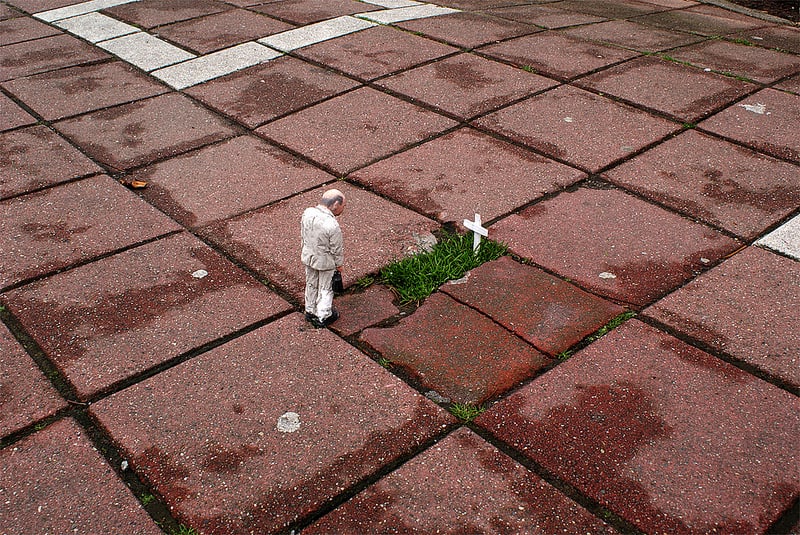 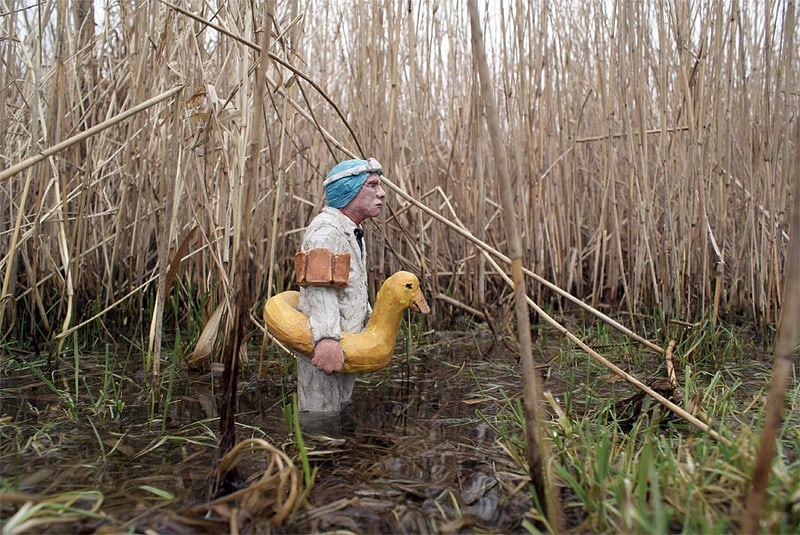 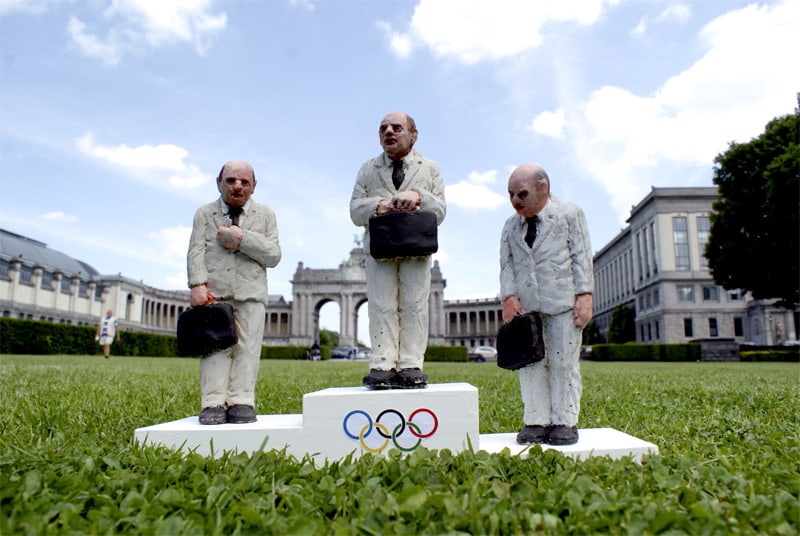 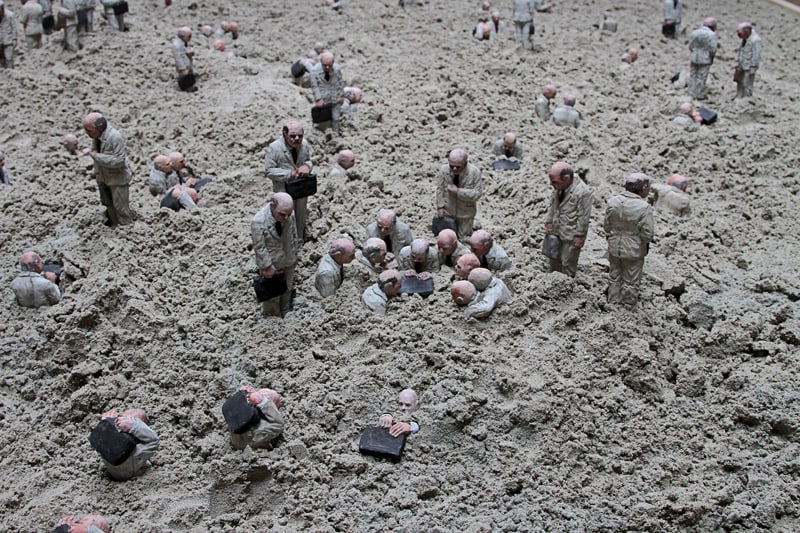 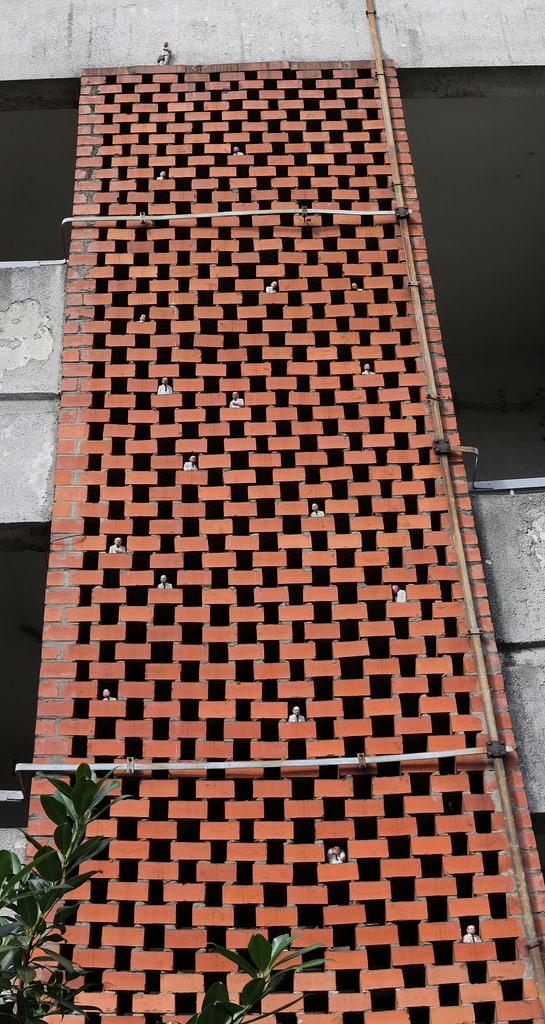 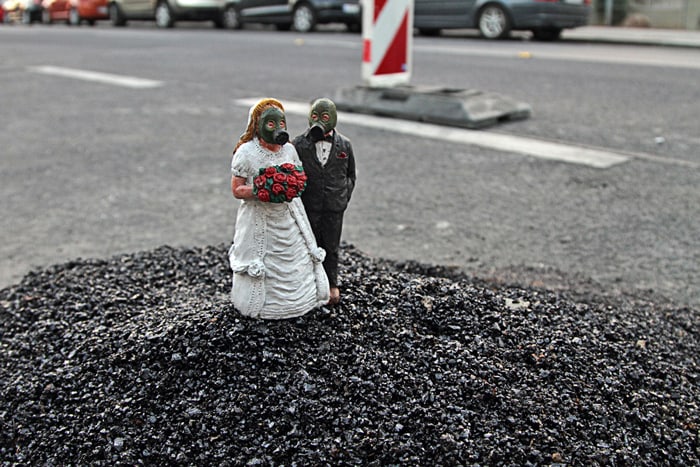 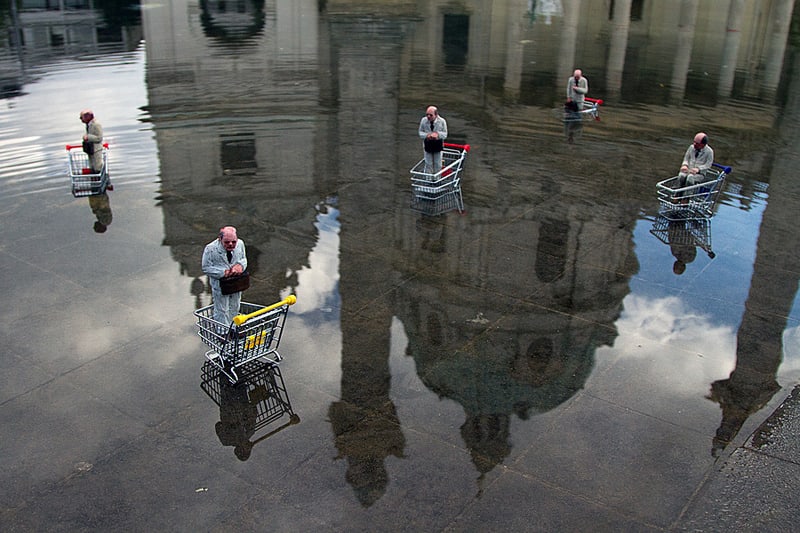 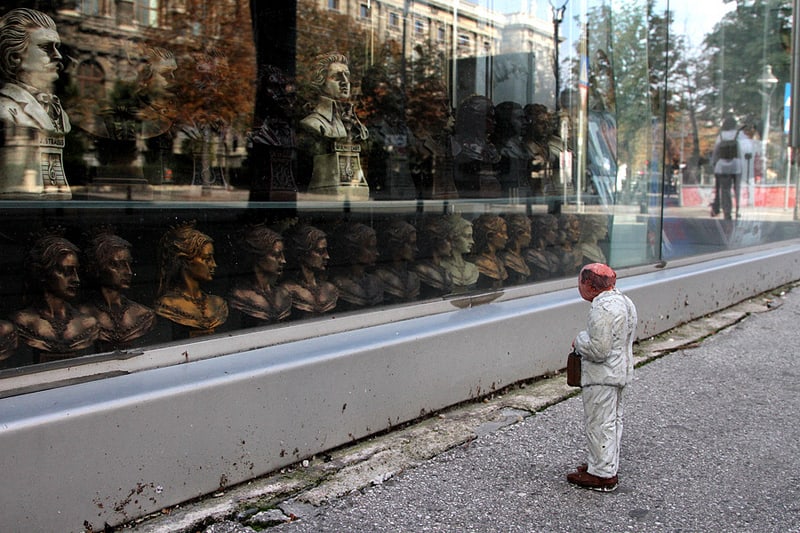 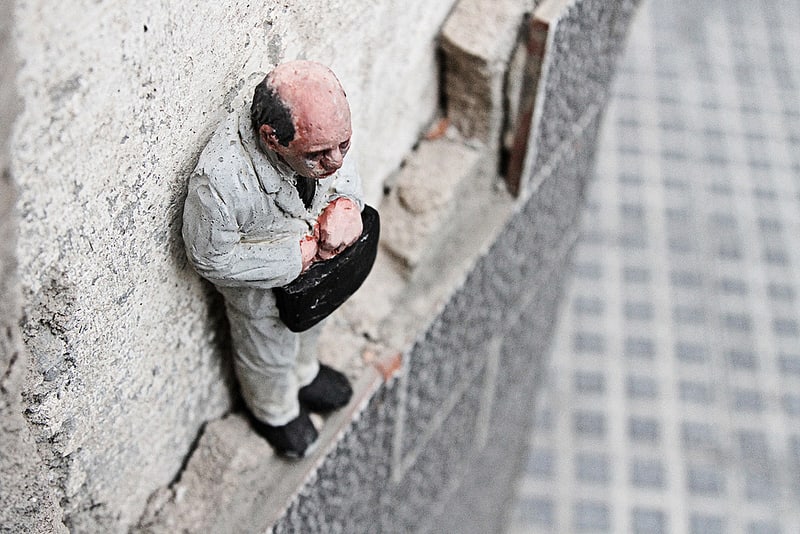 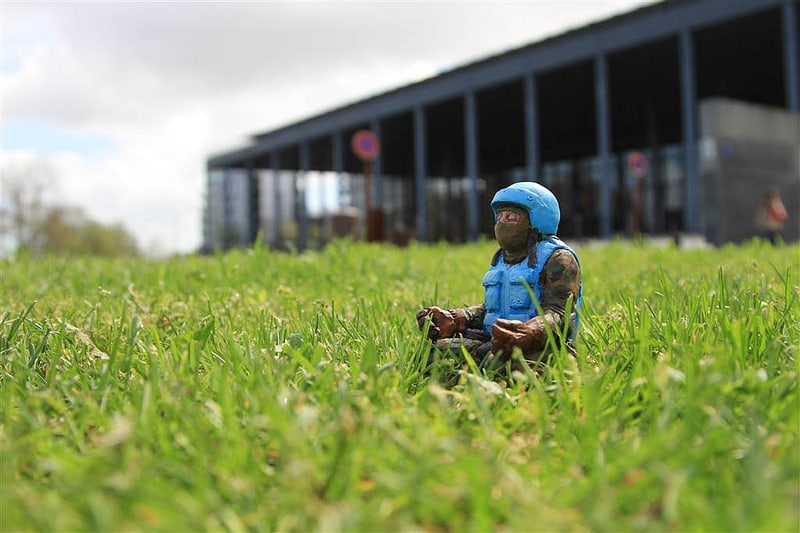 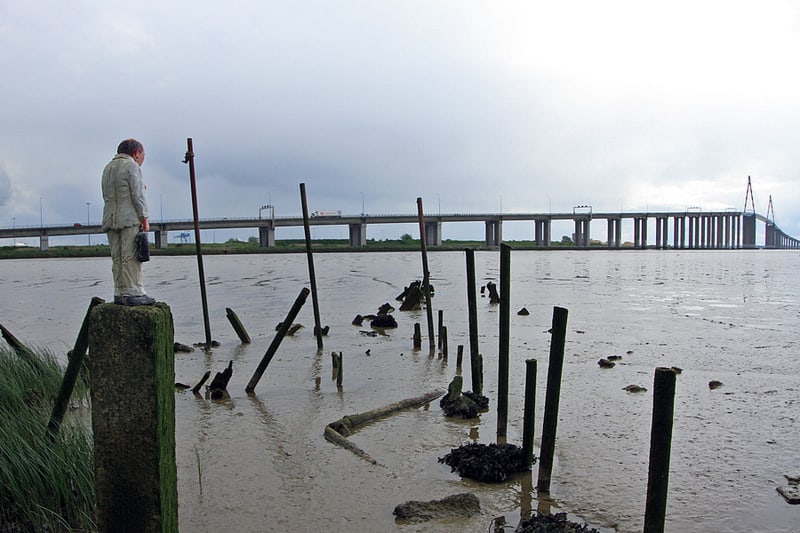 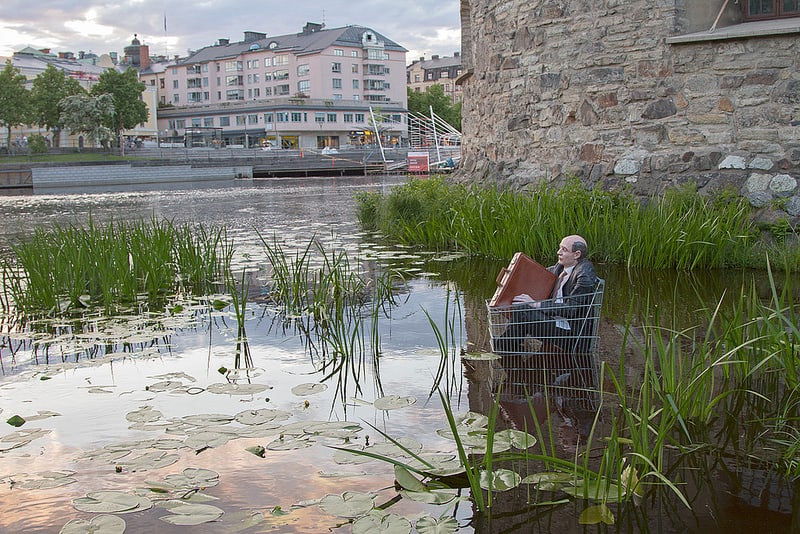