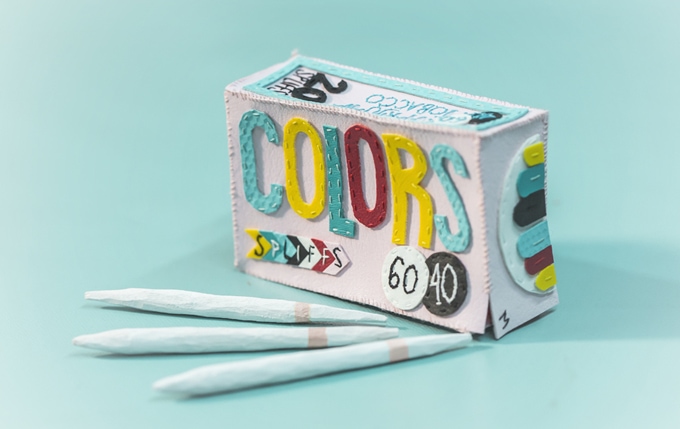 Artists are inspired by the things around them, whether it is something they believe in, something that affects them, or something they want to share. They also create art for numerous reasons and some are: wanting to spread a message or express their thoughts and opinions.

The THC content that is in hemp oil and marijuana has been said to make people creative and studies have shown that marijuana can make users perceive themselves as having more creative thoughts and ideas. But perception is very different from reality and it is actually proven that the perception of users that they feel more creative when high is actually just an illusion especially because marijuana can alter perceptions. Aside from that, Hemp oil has very low or sometimes does not contain THC at all. It is also worth noting that, marijuana usage has always been a topic that inspires creativity. It inspires artists to create paintings, sculptures, photos, and even movies or games. As art can be used to send a message and portray thoughts or opinions.

Even if hemp is not proven to make users more creative, it has numerous benefits. Check out Colorado Botanicals for Colorado hemp oil.

Here are four hemp inspired art by artists that can blow your mind:

Fred Tomaselli’s works are often composed of bugs, pills, butterflies and flowers but Super Plant, a painting done by him in 1994 is dedicated solely to marijuana. He is notable for his art style because of his paintings’ “trippy” characteristics. You could say that it is inspired by the effects of drugs. It is very colorful, playful and imaginative. He mostly uses repeating elements or patterns in his works which is also seen in Super Plant.

Dan Colen is famous for his irreverent approach to art. He produces culturally complex paintings, sculptures, and installations. In 2006 he created a homage to marijuana in a form of mixed media installation. To create the work, Colen blew up an iconic Life magazine cover from 1969 that features a marijuana cigarette that is held by a person close to his lips. The piece was sold for $47,280 at Christie’s London in 2011.

Coals to Newcastle by Chris Burden

Chris Burden is a performance artist and he uses marijuana as his subject of most of his works. He is well known for his controversial works of art that often involve putting himself in physical danger and extreme discomfort. Coals to Newcastle was enacted on December 17, 1978. The objective of the piece was to fly 2 cannabis joints by using a paper plane that is powered by a rubber band into Mexico.

This work by Melanie Bernier was made of vinyl, fabric, and thread, and the joints are made of wood. The sculptures were motivated by political undertones created as a response to the legalization of weed in Colorado and Oregon in 2012. The underlying message of the work usher thoughts and opinions about the shift of marijuana from illegal to legal and underground to commercial. It also holds a strong foresight on what the future of marijuana culture might be.