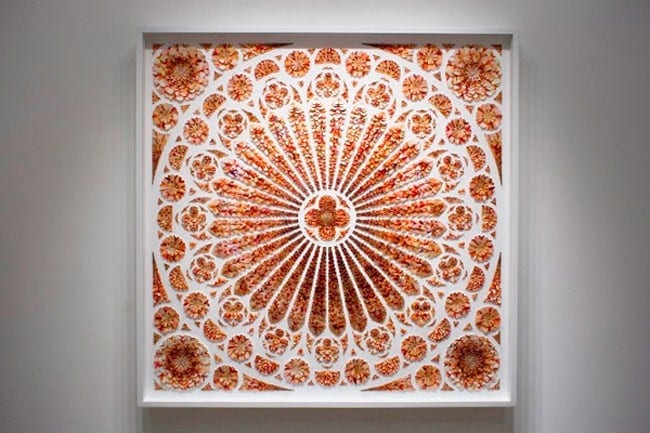 Using carefully cut fragments of printed skin from the photographs of celebrities in popular magazines, artist David Adey creates elaborate, pinned collages reminiscent of the most complex entomological displays. In some works, like the below image of David and Victoria Beckham, he reconstructs the original photo but turns the skin into a tapestry of whimsical shapes, creating a new kind of portrait. 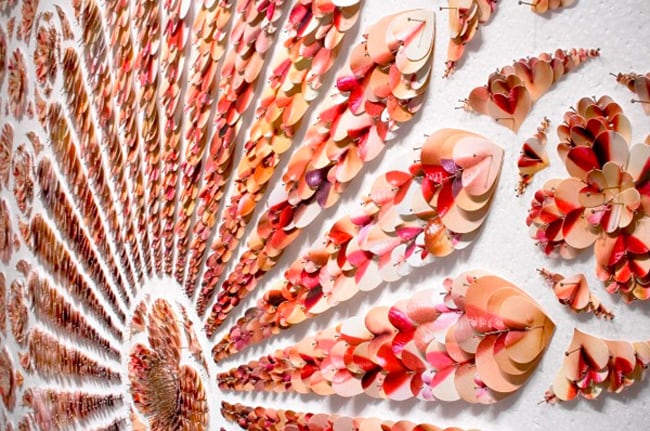 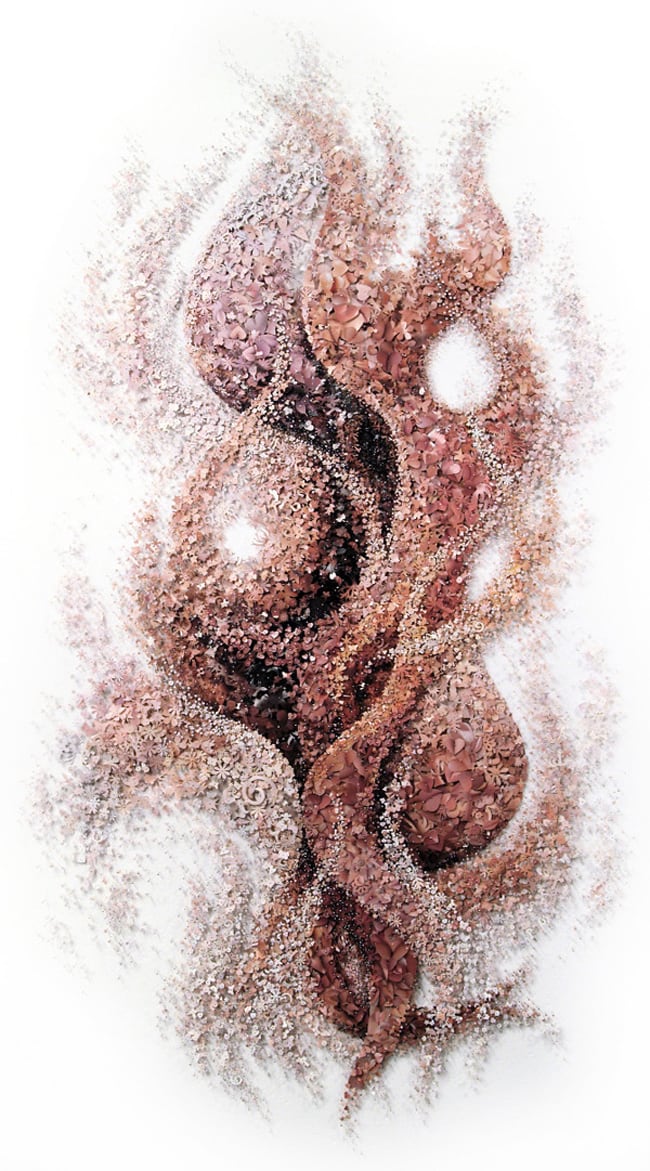 In his less figurative works, he creates large shapes and textures from hundreds and hundreds of individual pieces — as in “22 Footer,” which looks like an enormous, coiled worm from far away, but at a closer look is revealed to be hundreds of cut out lips pinned together like scales. 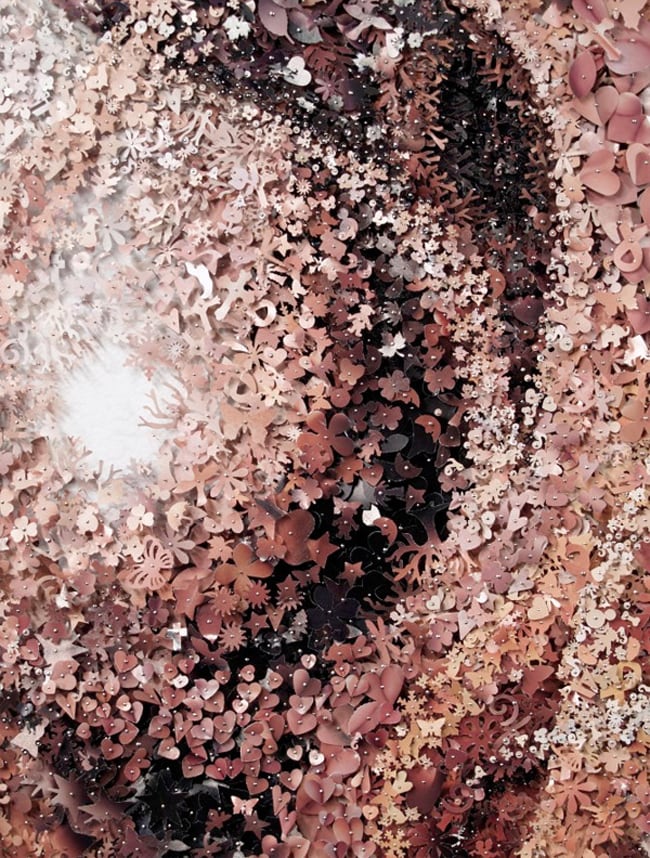 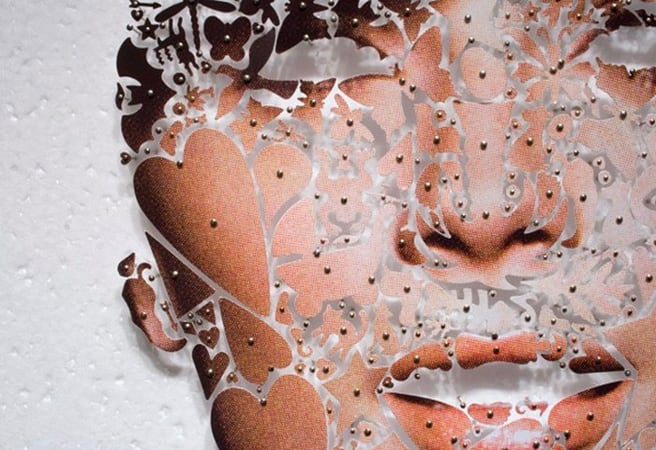 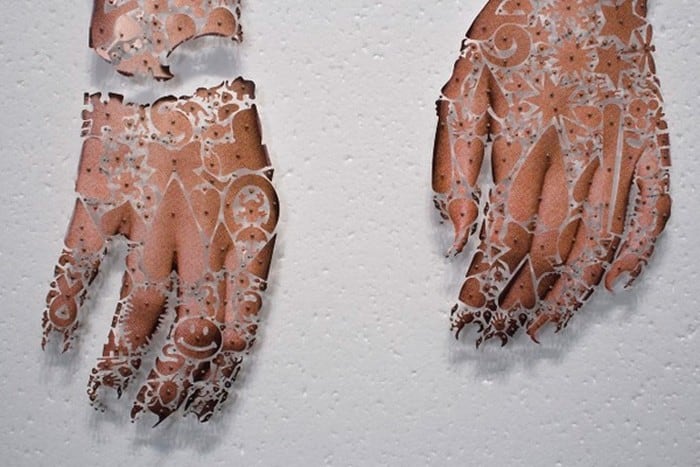 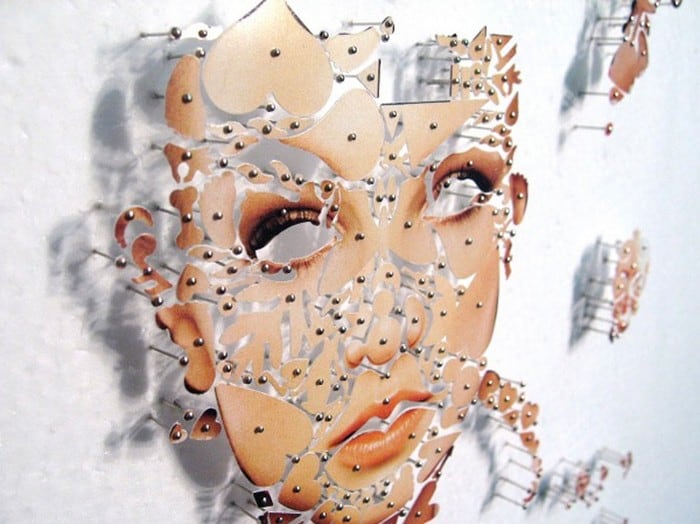 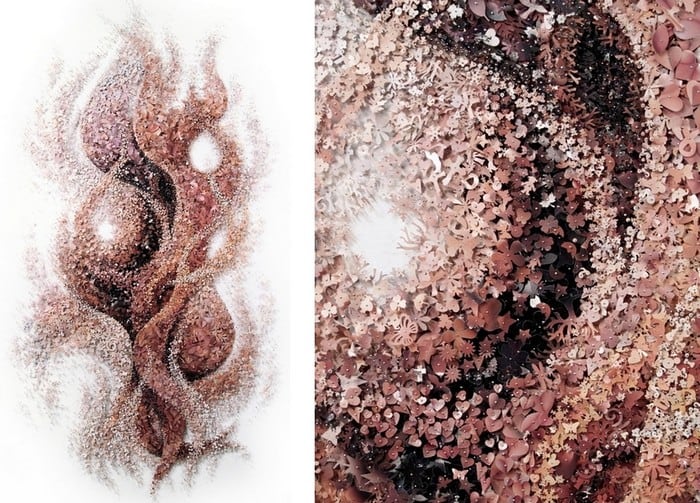 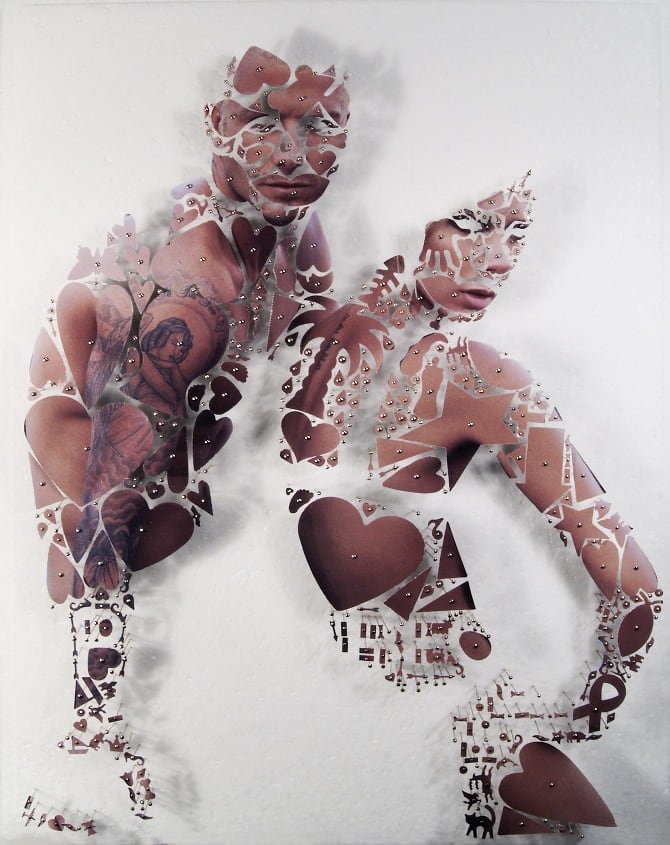