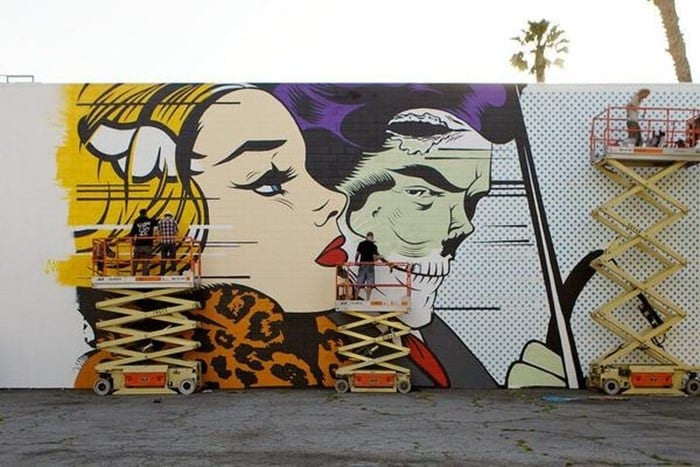 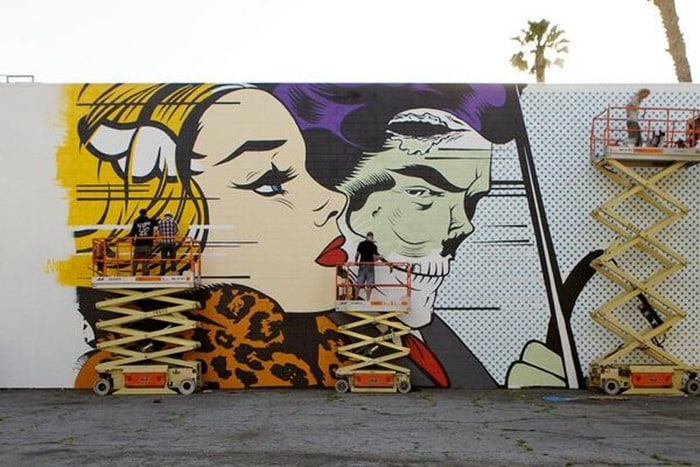 “D*Face”, a.k.a. Dean Stockton, grew up in London and had a childhood interest in graffiti. He credits this to Henry Chalfant’s coverage of New York City subway graffiti in Spraycan Art and Subway Art, later as a teenager skateboarding and in particular Thrasher magazine’s coverage of skateboard deck graphics led his interest in stickers and the DIY mentality associated with skate and punk fanzines. He attended an illustration and design course and worked as a freelance illustrator/designer whilst honing his street work. Influences included Shepard Fairey’s “Obey Giant” art campaign, Jim Philips, hip hop, punk music, and popular animated cartoons. 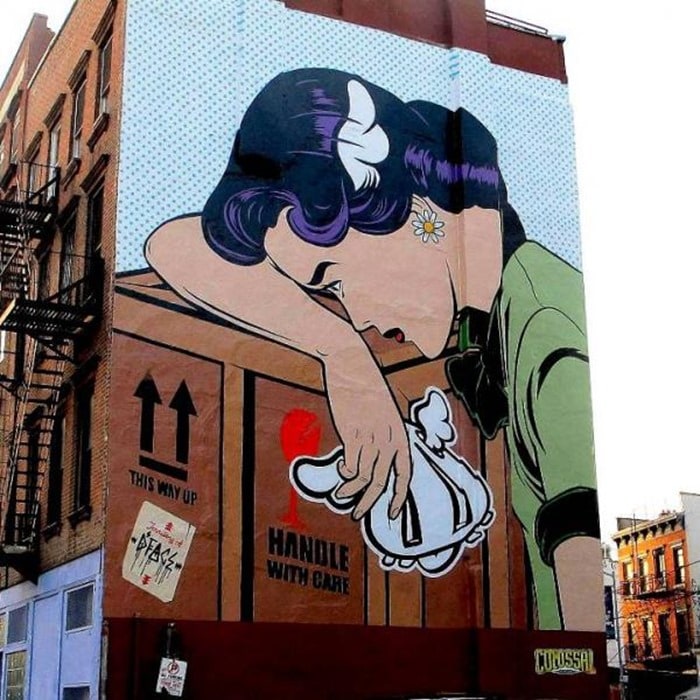 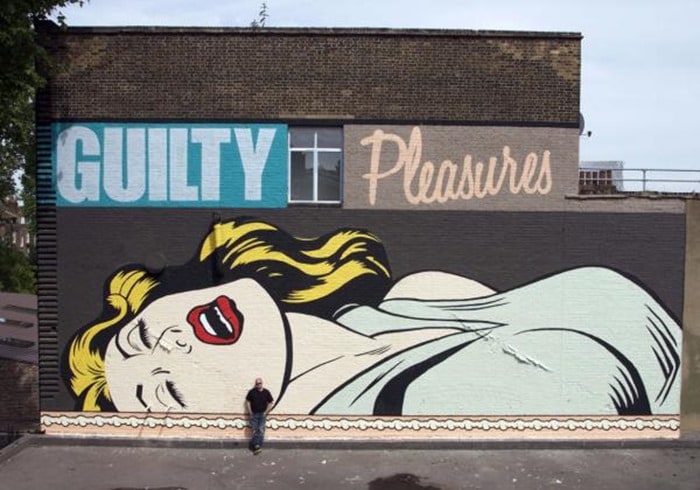 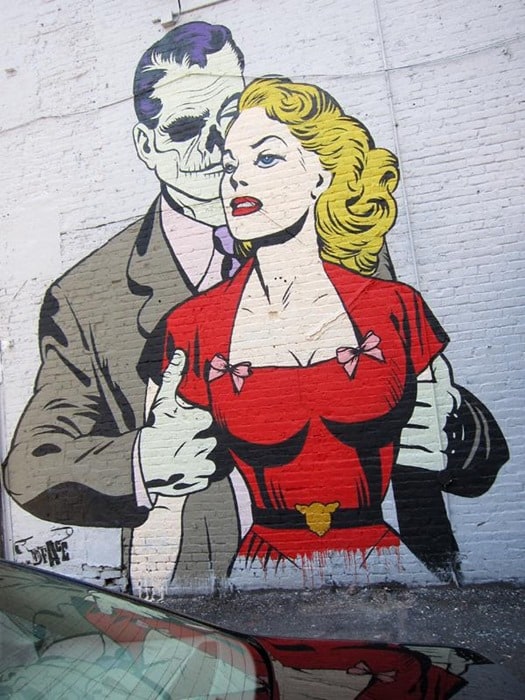 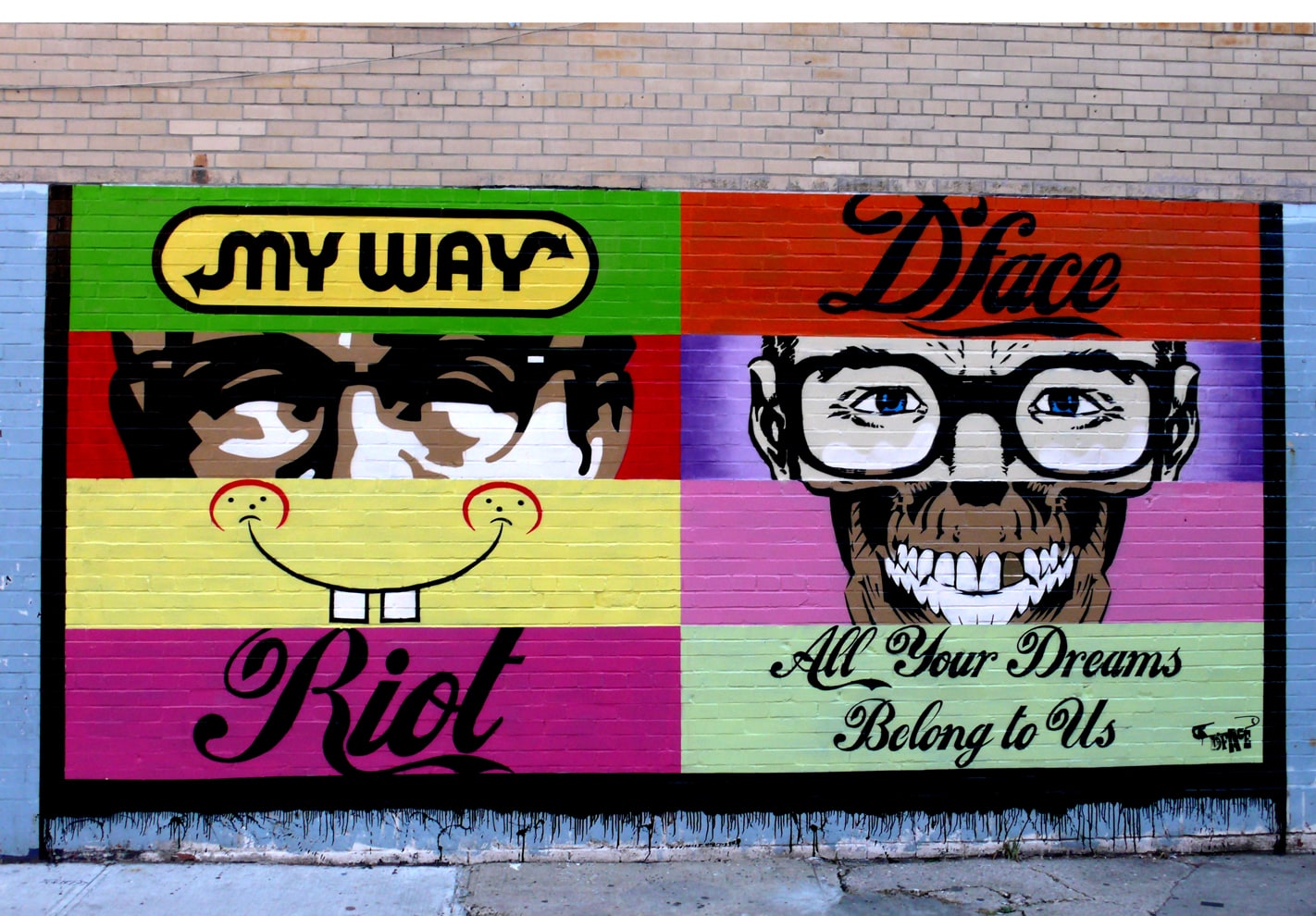