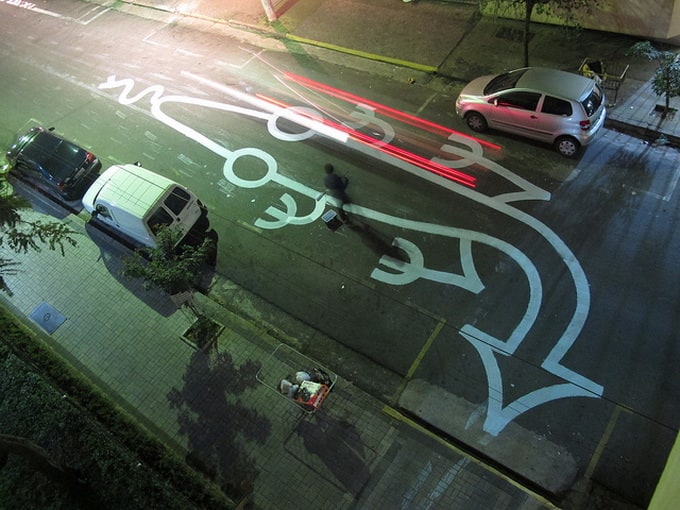 “Tec is a founding member of FASE, a multidisciplinary art, design and music collective. He began painting in the streets during the 1990’s, initially taking advantage of the city walls for promotion of his band, and later finding in those same walls the potential for expression through art. After having experimented with letter-based graffiti, Tec became more interested in the visual power of iconic images. He developed a signature piece, a cartoon image of a fish cut in half, which came to represent him in just the way a name-based tag would.” 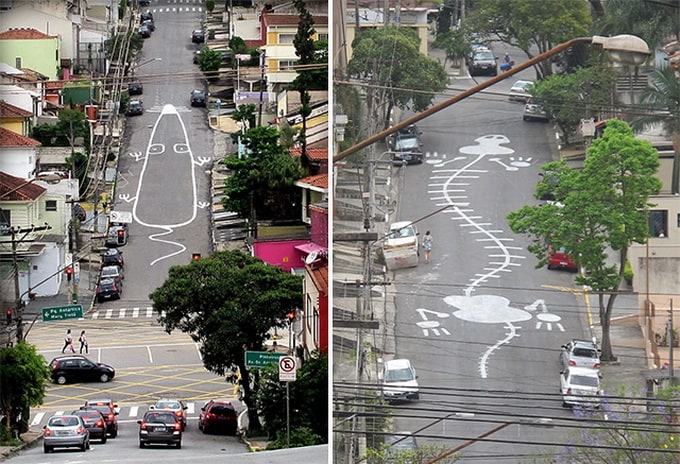 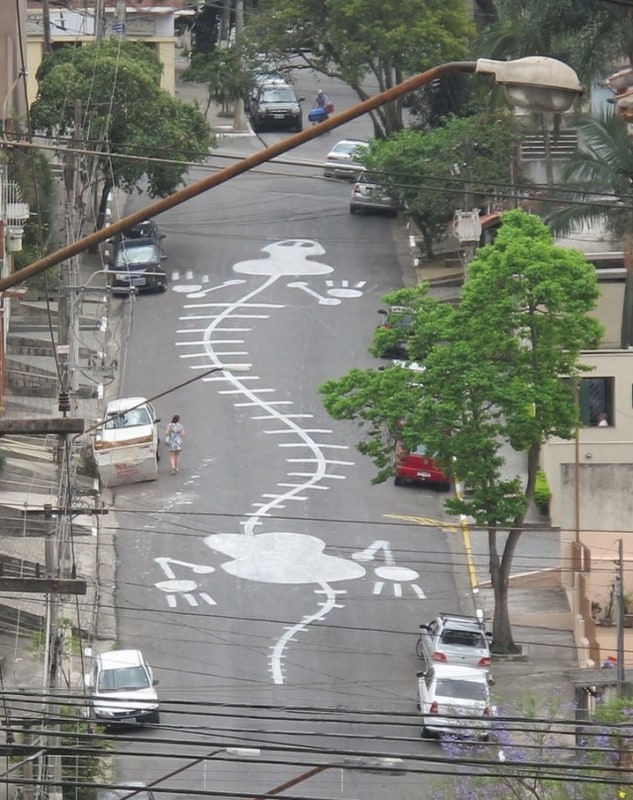 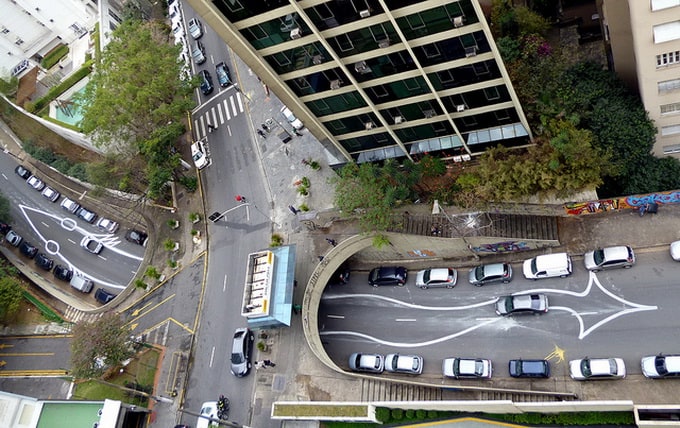 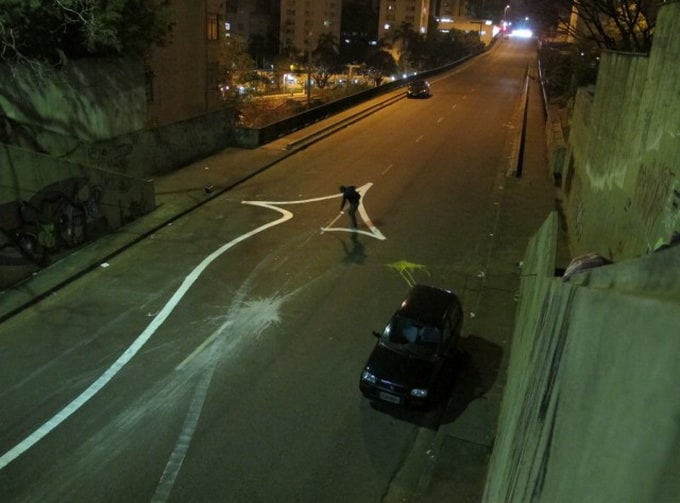