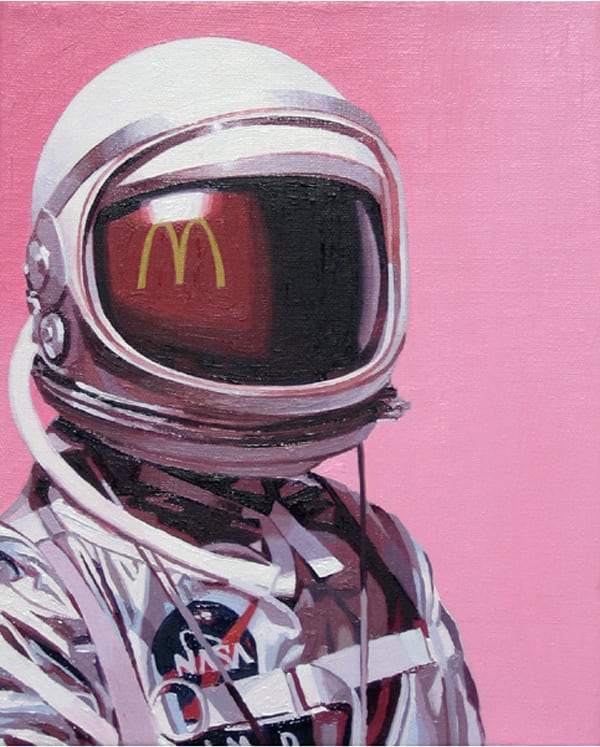 Stanley Kubrick’s 2001: A Space Odyssey was released in 1968, which was about 8 years before I was born, so I have no firsthand knowledge of how it was received. I do not know if people genuinely believed we’d be living in space in 2001. If we’d have robot butlers and flying cars, geodesic lunar homes with sustainable gardens, and genetically reconstituted dinosaurs helping or eating the human population. But from Lost in Space to the Jetsons to Jurassic Park, it seems that popular culture craved and fomented this space-age perception of the future. Generations raised on these programs, movies, comic books, and novels are now grown and living in a future filled with mini vans, Starbucks, iMacs, and Hip Hop videos. In many ways, the year 2001, like 1984 before it, failed to live up to expectations. In hindsight, these expectations appear almost comical. And yet the world today is strange and unusual in ways unimagined in 1957, when Sputnik was launched, or in 1968, when 2001 was released, or even in 1990 at the dawn of the world wide web. The present is in fact a very unusual place, and it’s strangest in the ubiquity of things we take for granted.
The astronaut in my paintings is simply here to explore the present. 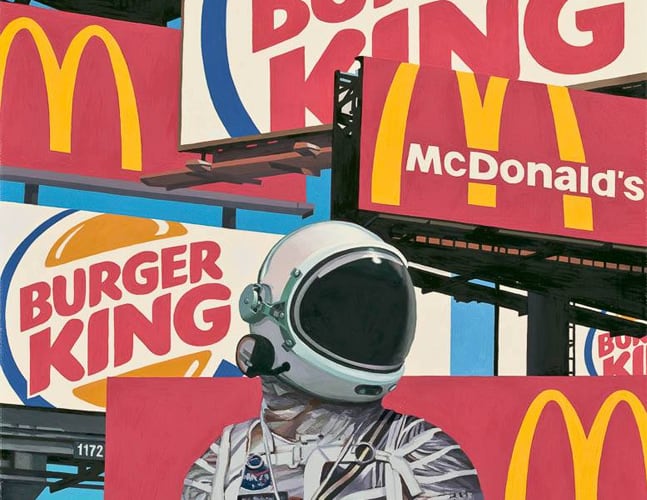 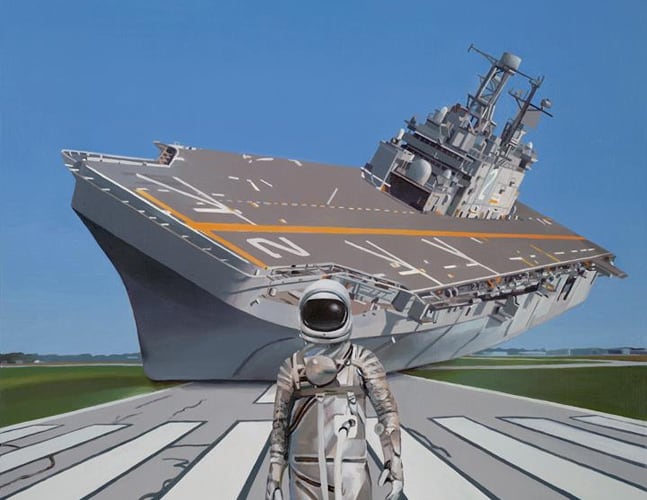 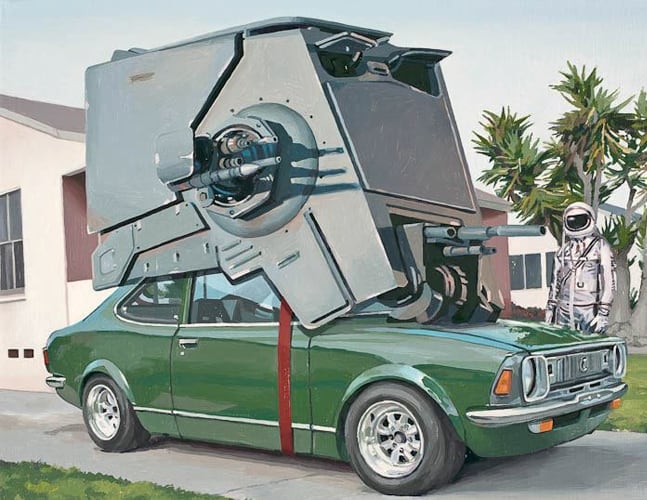 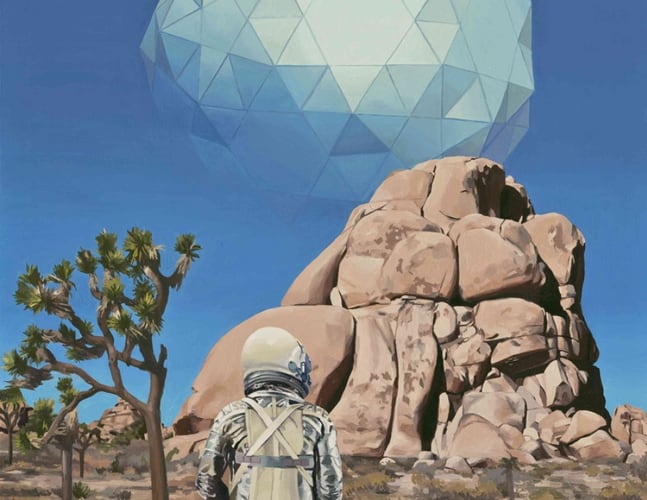 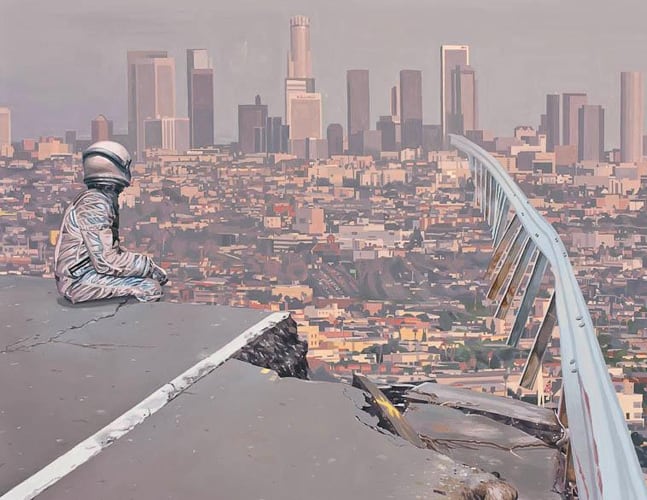 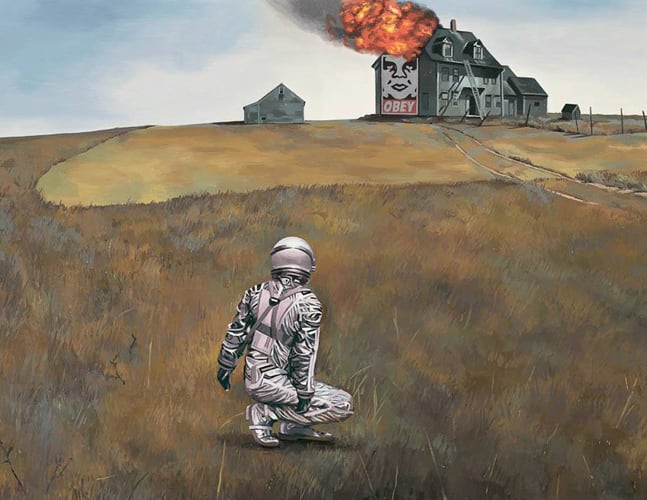 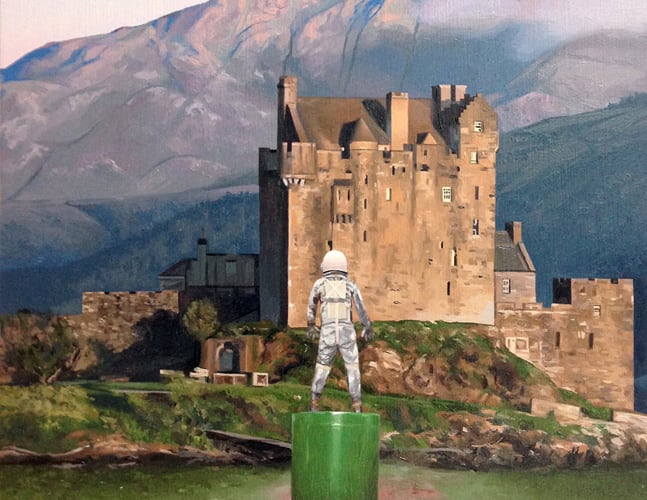 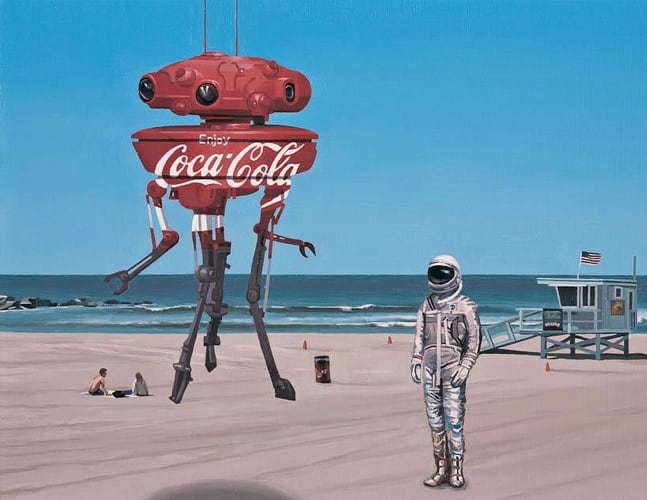 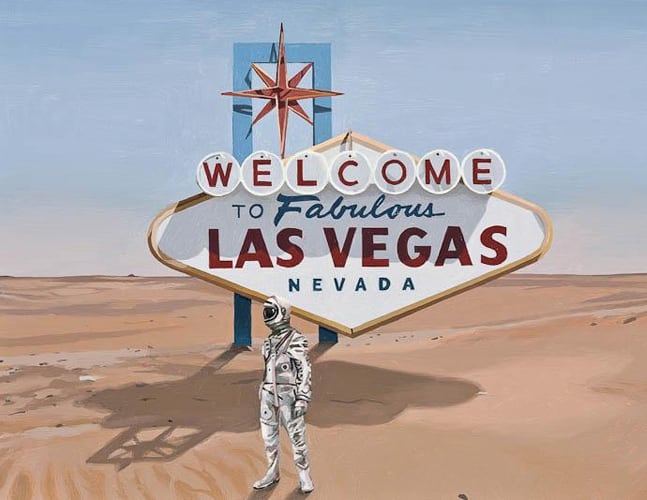 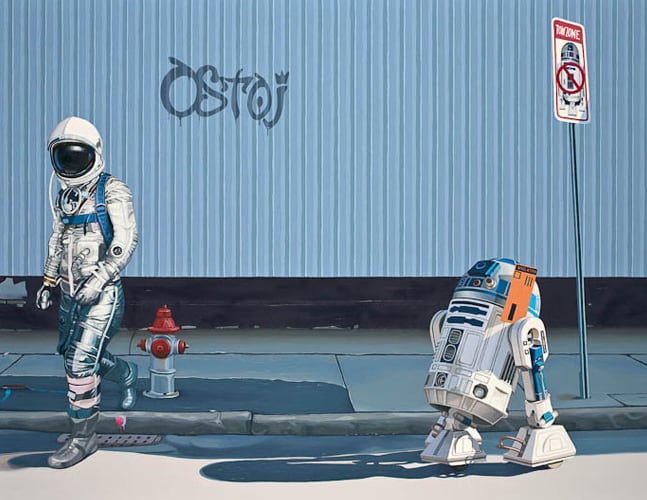