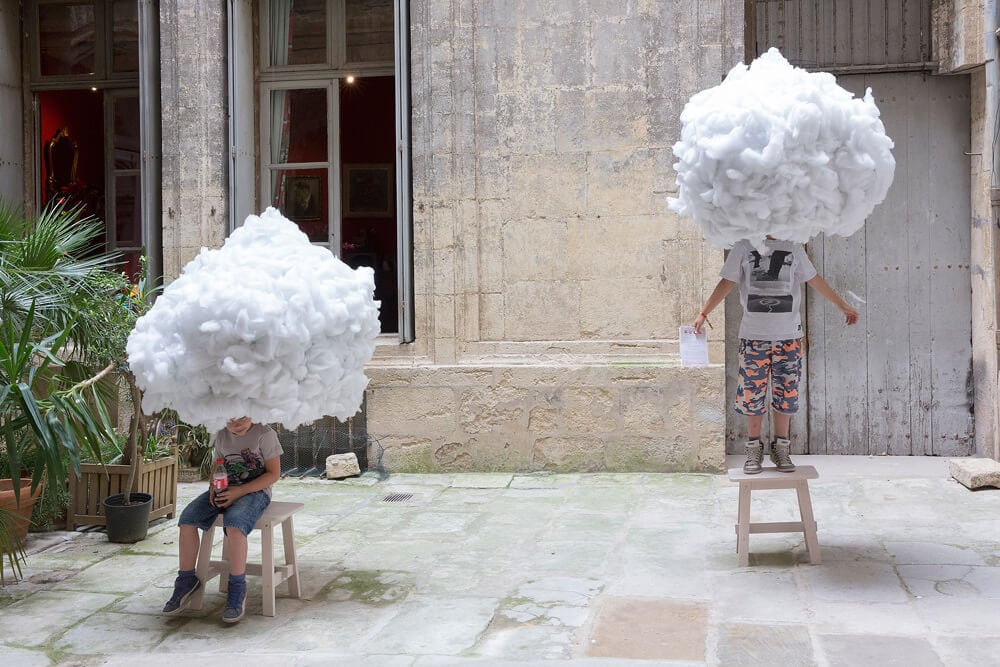 The Festival des Arcitectures Vives in Montpellier, France gives access to the courtyards of private hotels and other buildings typically restricted to the general public, filling these outdoor areas with installations that show the architecture that surrounds the temporary artworks. For the 2016 festival, the French collaborative duo Michaël Martins Afonso and Caroline Escaffre-Faure brought architecture’s universal backdrop down to eye level, suspended several large clouds throughout one of the picked courtyards.

The project, which they have named “Head in the Clouds,” presents a relaxing cloudland away from the bustling city, welcoming attendees to sit or stand within the fluffy orbs.

Images by Paul Kozlowski
via Designboom 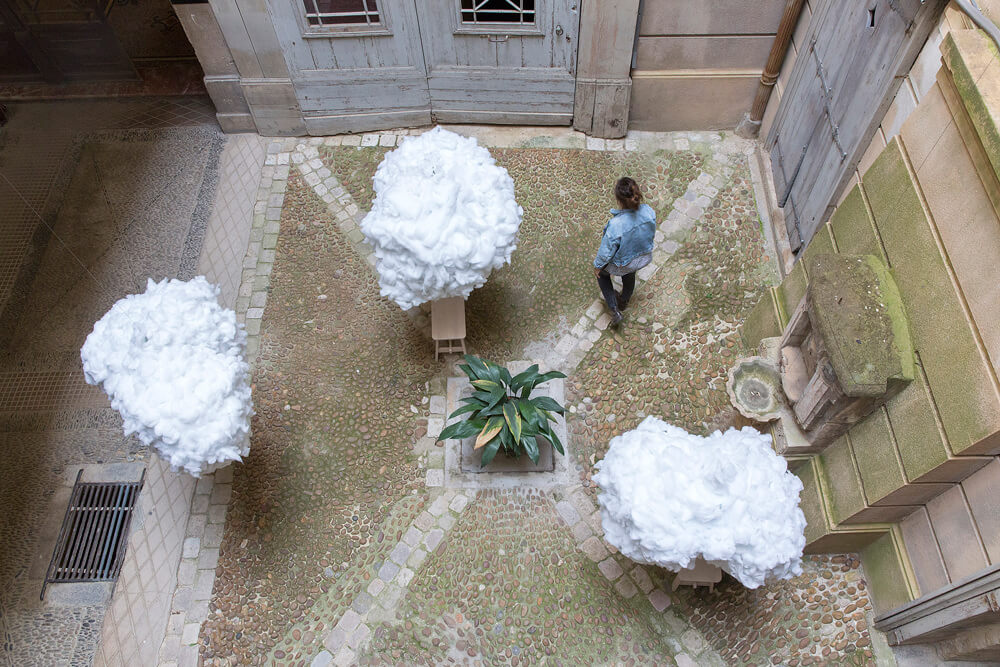 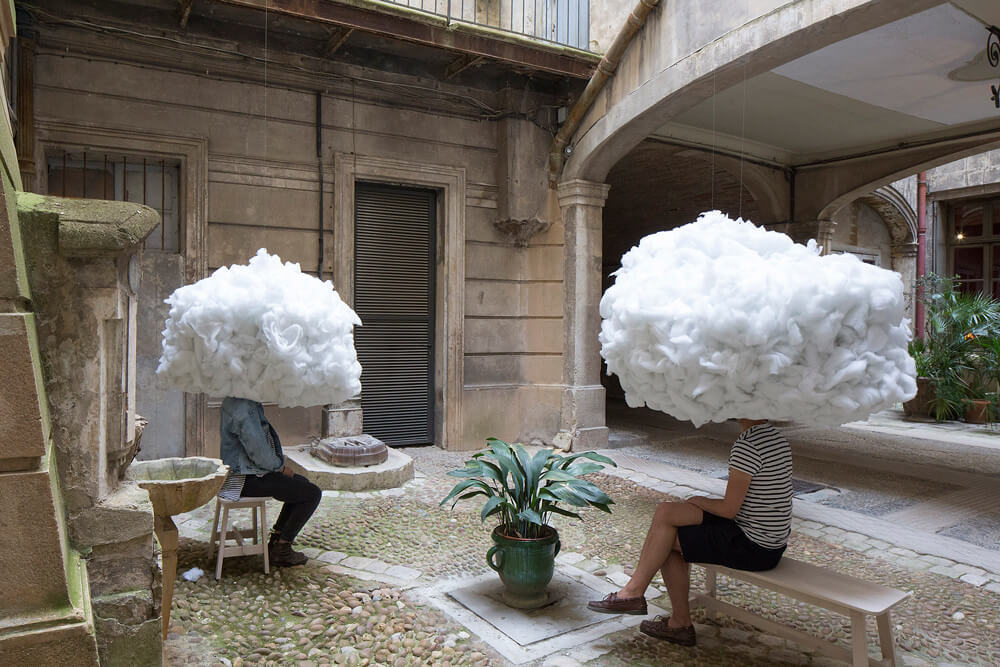 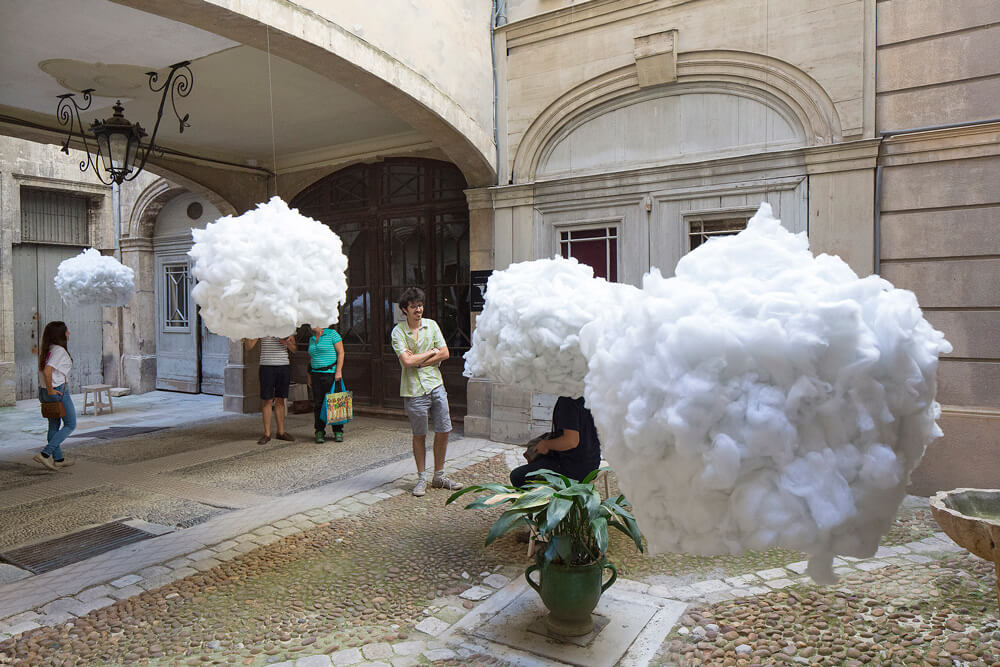 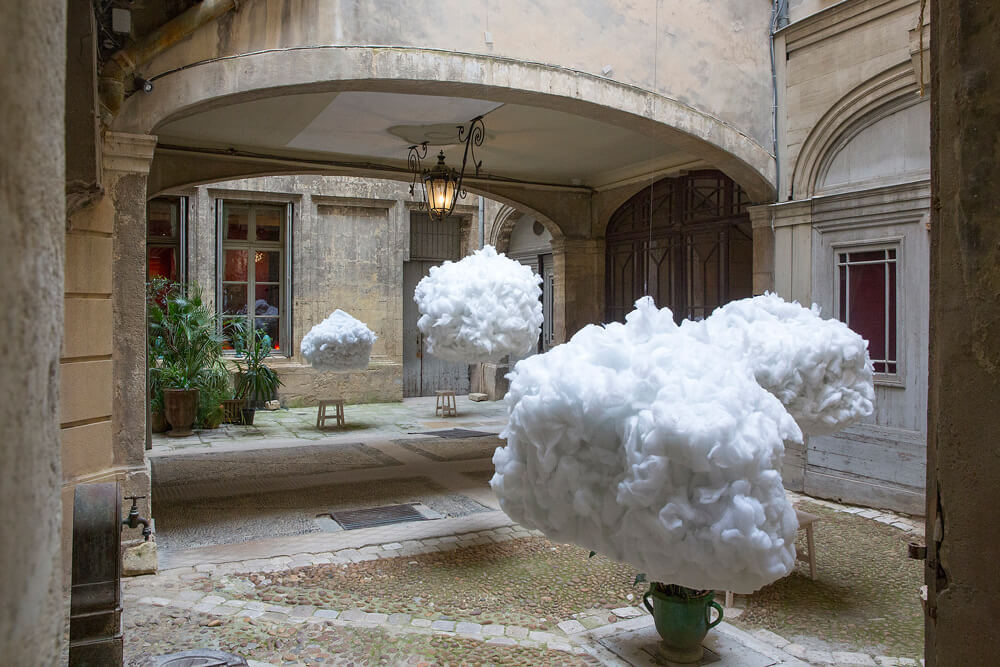 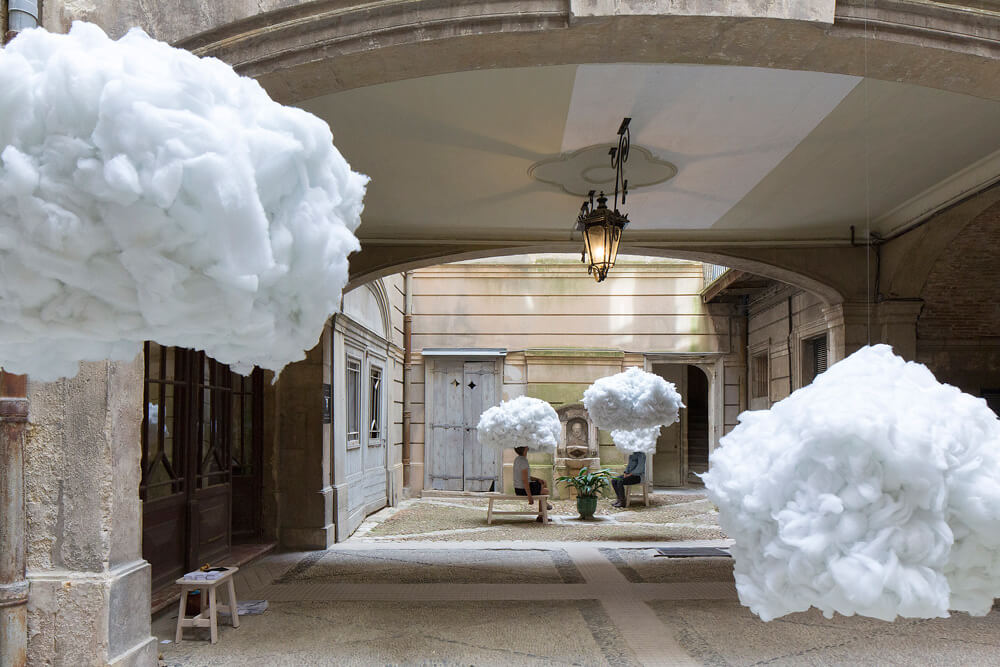