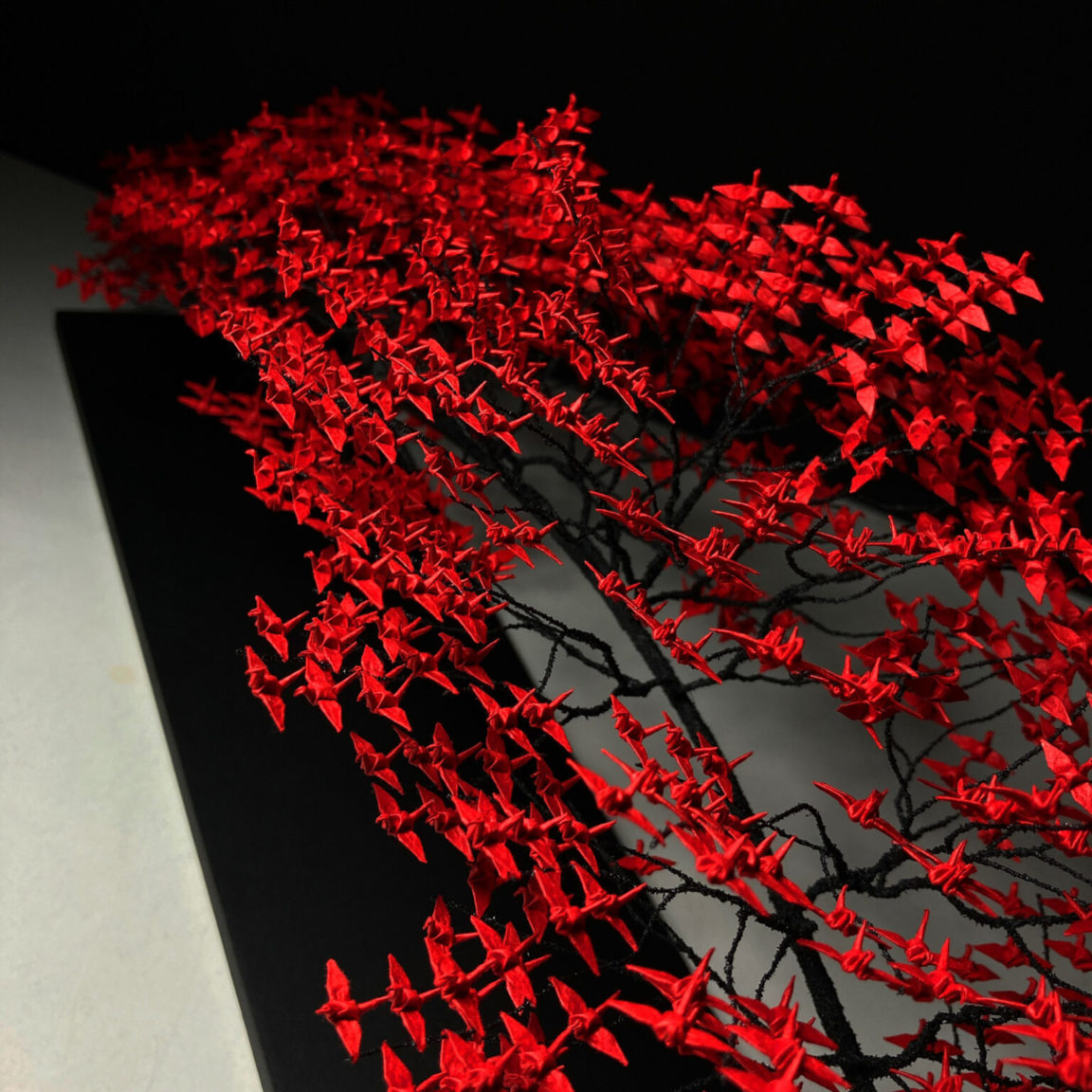 Tokyo-based artist Naoki Onogawa has taken origami to a whole new level. With his paper cranes and paper trees, he has created something truly unique and beautiful. The paper cranes are only as big as your fingernail, but they make such a fantastic effect when placed on paper trees.

According to Onogawa, he began making the tiny birds after the 2011 Great East Japan Earthquake devastated areas of southern Hokkaido and Tohoku, which he visited later that year.

“I found myself in terror of how powerless we humans are in the face of nature’s wonder; yet at the same time, I felt empowered by the power of life, vitality, that shined so brightly in the aftermath of its wrath,” says Onogawa. He adds: “It was like witnessing the result of a desolate ritual where people channeled their unsettled feelings into these cranes. And here they exist, spirited with prayers that they would go back and forward to and from a world beyond here. I struggle to find the words to describe it, but I think that maybe the cranes that I fold now come from that place of solemn prayer.”

Onogawa’s cranes will be on display at the Setouchi City Museum of Art, alongside Motoi Yamamoto’s vast salt installation. Explore a wider range of his work on Instagram.