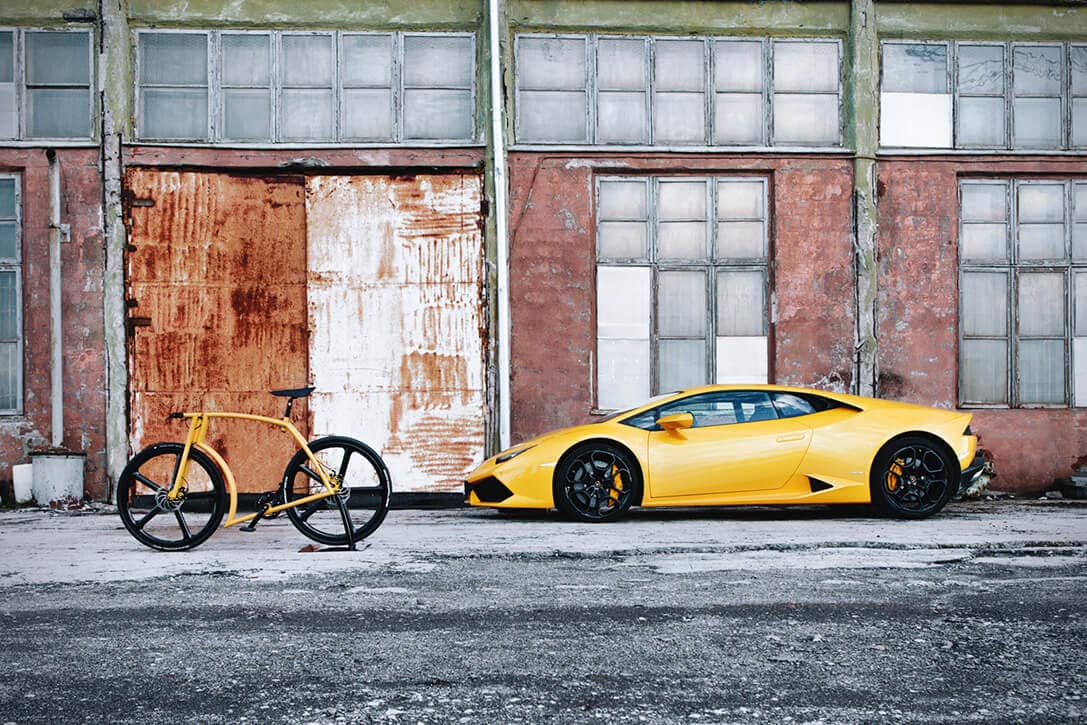 Lamborghinis are defined by much more than just their performance and monstrous engines. Each car from the Italian marque looks amazing. They all give off an aggressive and fast feel so palpable it’s surprising they don’t get speeding tickets while still parked. The viks GT, a bike from a small Estonian bicycle maker Viks of the same name, has embraced those same design principles. This bike has all of the same geometry and sizings as the more classical offerings from the brand, but the styling and paints job (it features the same Lamborghini yellow finish – Giallo Midas) is as poised and aggressive as Lamborghini’s fastest cars. This 2-wheeler is made from aluminum alloy and weighs roughly 40% less than other bikes from the team hailing from Tallinn. However, weight isn’t the only thing to recommend the bike. With straight bars up front, a double frame to make up for the lack of a seat-post, a belt drive all coupled with disc compression brakes and 5-spoked plastic wheels, the bike looks as it good as it rides. If that was what they were going for, they sure accomplished it. Prices are available on request. 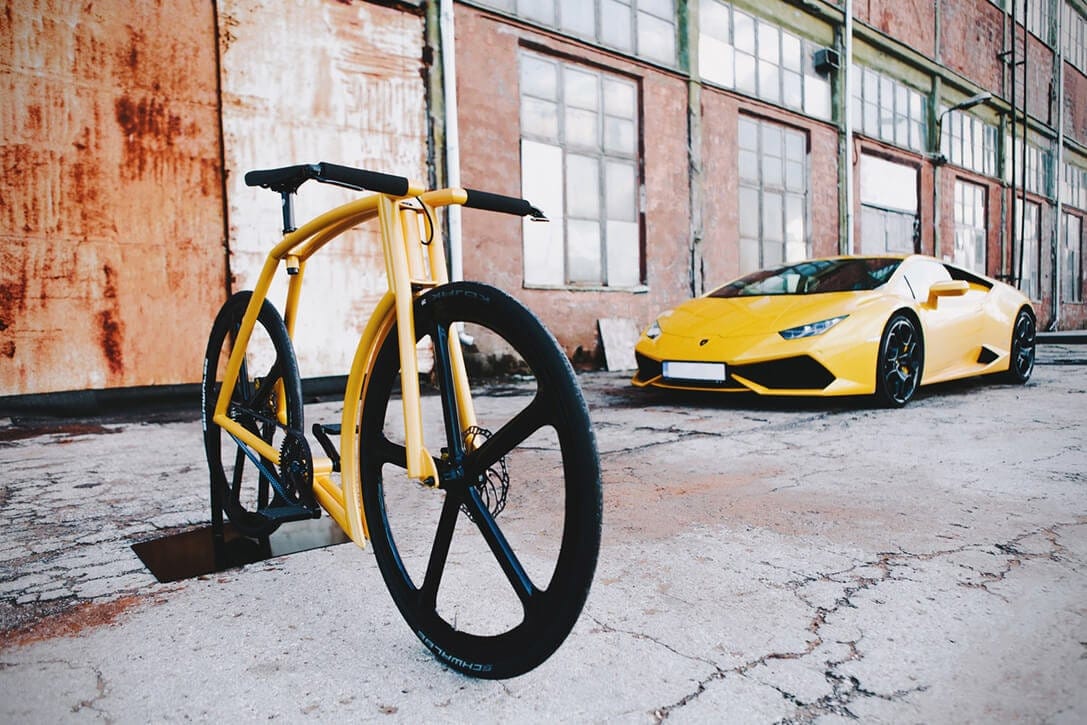 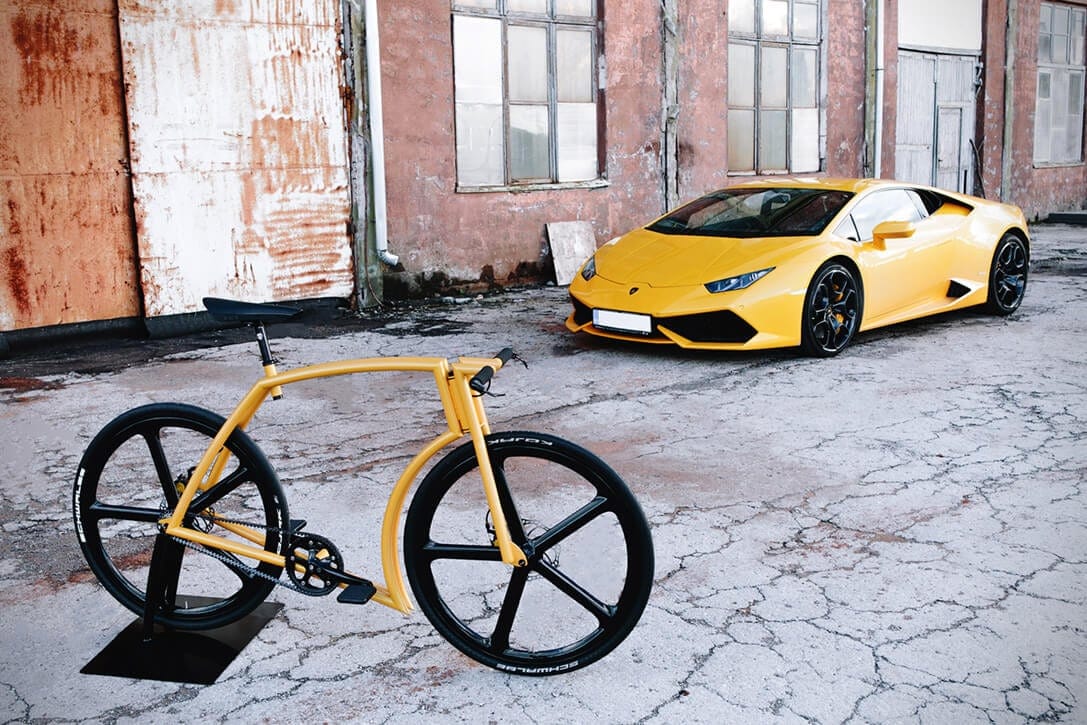 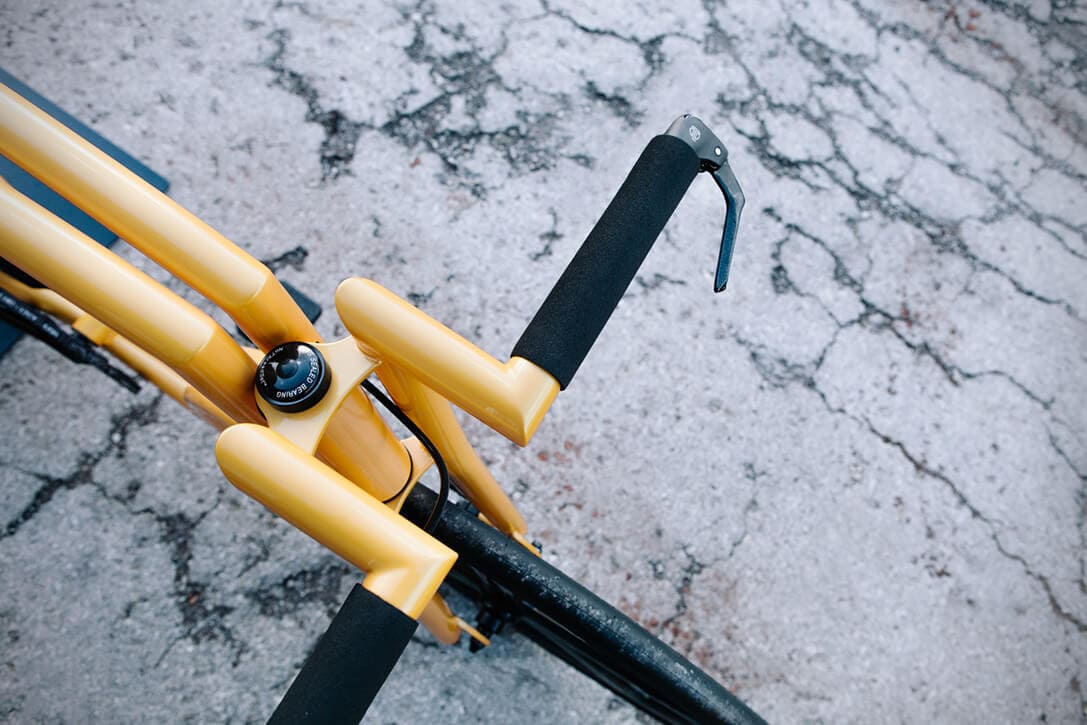 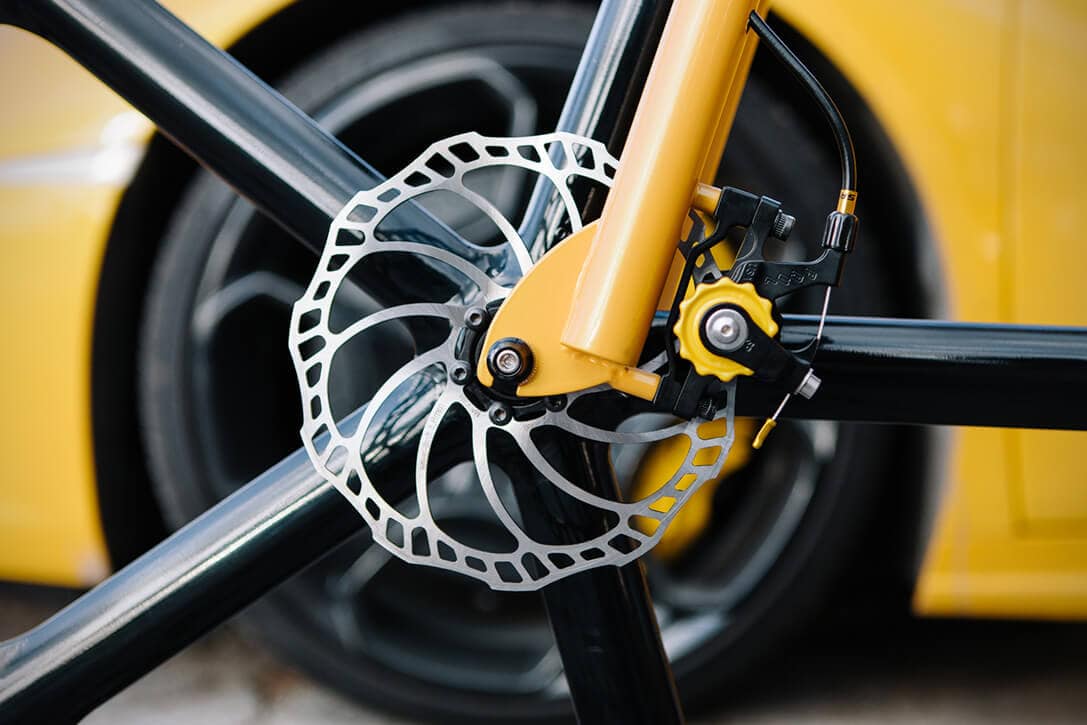 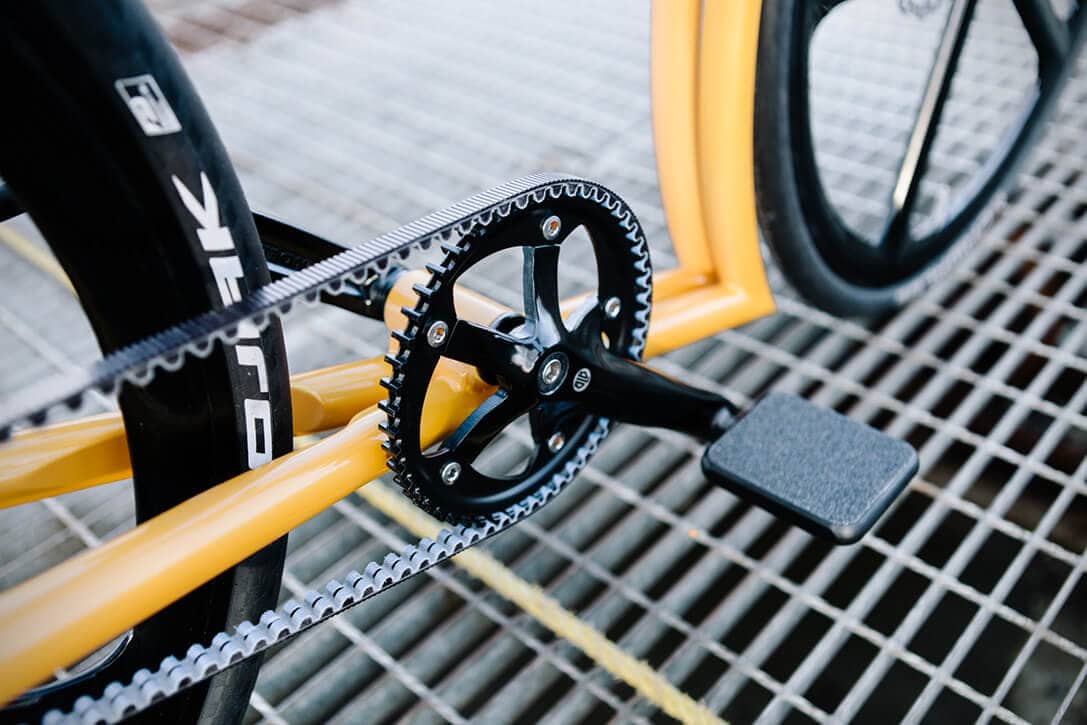 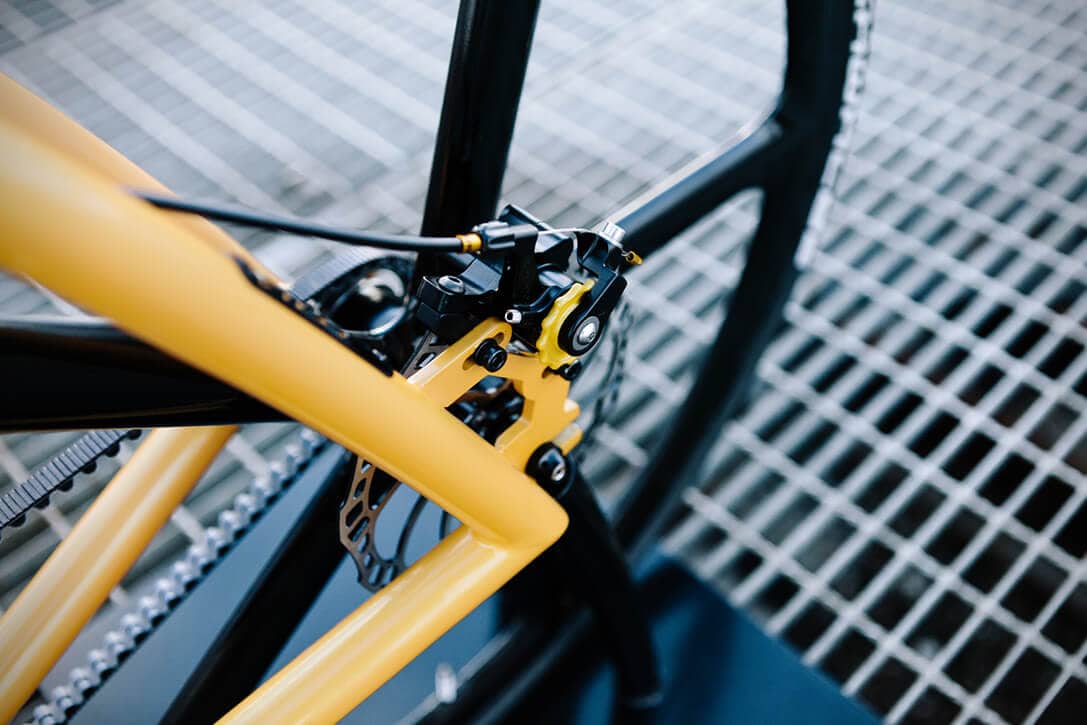