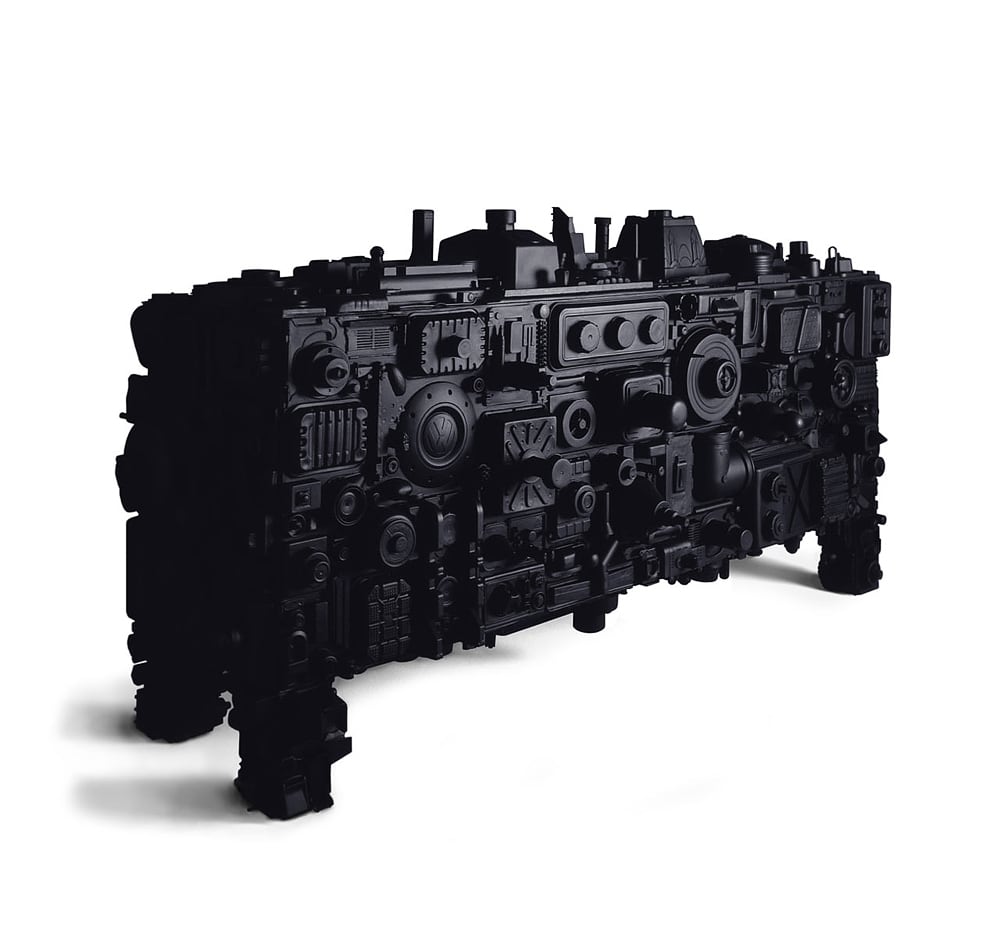 Stuart Haygarth has an incredible way of transforming trash into something great, and it’s called Barnacle.

Stuart says, “After viewing a photographic book on deep-sea shipwrecks I became interested in how particular residents of our oceans, such as barnacles and algae, envelop and transform the underwater landscape. The shape and form of decaying ships metamorphose on the seabed decorated over years with thousands of shellfish attributed to their structure. Using the place of natural barnacles I used black plastic objects assembled from Dungeness Beach in Kent. Carefully mimicking nature, these manufactured elements were firmly attached to a simple sideboard form to distort and distort its initial appearance. All the outside surfaces of the sideboard are occupied by objects, filling every possible space. The groupings of synthetic objects have been cast in black polyester resin to create a more uniform colour. Despite a sculptural object, the sideboard is totally functional with a concealed door on each side containing adjustable shelving and two central drawers.” 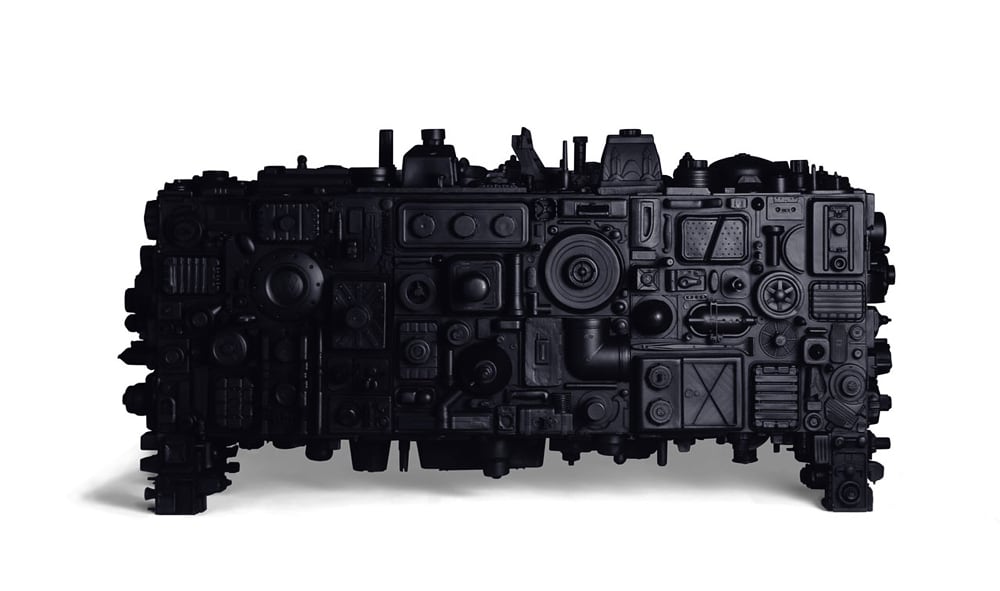 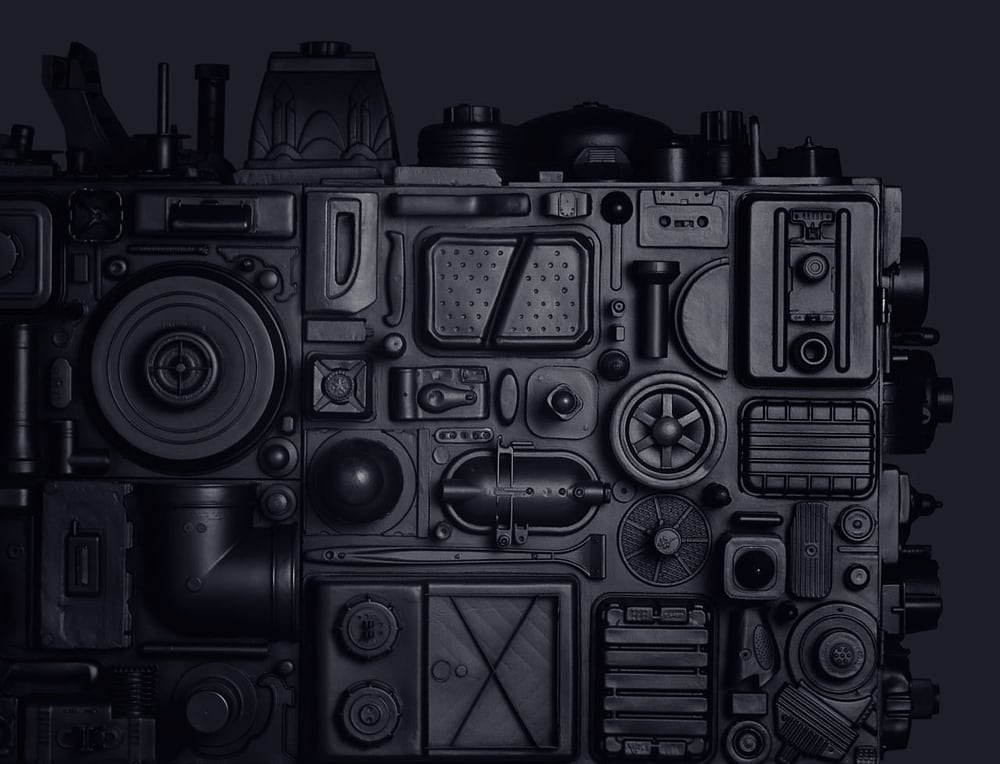 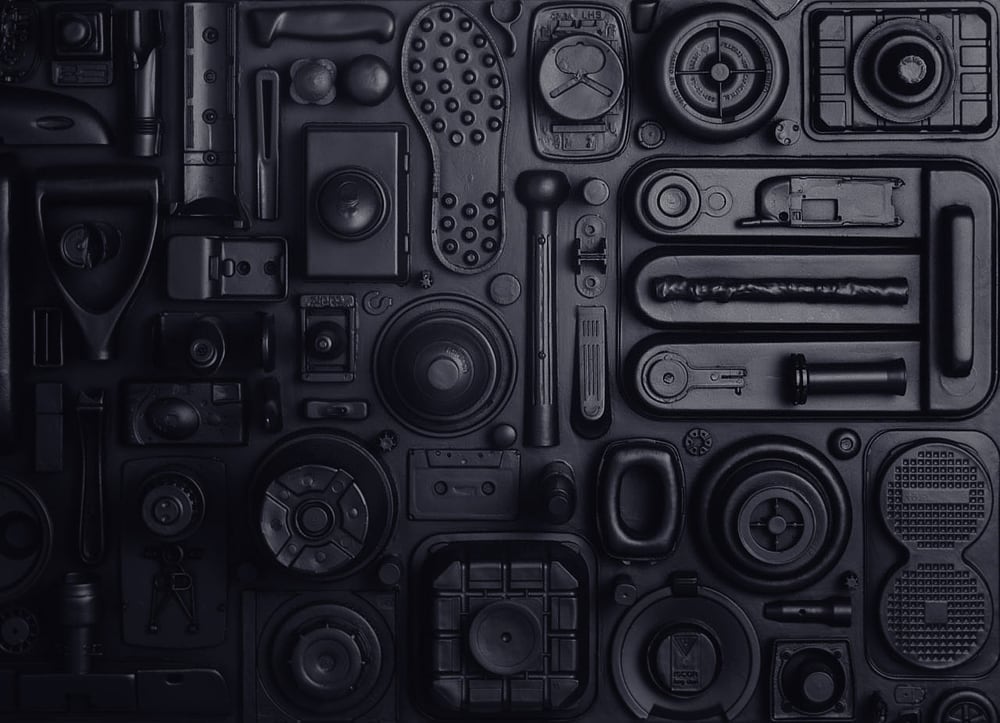