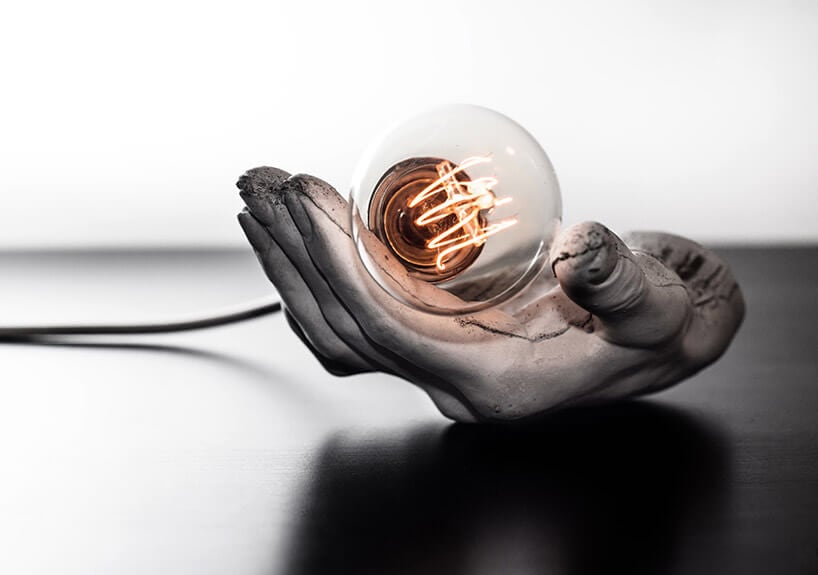 One of the highlights at IDS Toronto is Studio North – a curated area of custom models presented by local and worldwide creatives, presented in a gallery-like setting. As part of this year’s showcase, Italian, Toronto-based designer CEK presented a series of concrete luminaries that carry from the forms of the human body. The sculptural light works each incorporates bulbs within cast concrete faces or hands, creating unconventional interpretations of the human form. CEK’s work combines body parts with bulbs, including sources of light into many characteristics of the human figure. At IDS 2017, the designer introduced a number of luminaries within a booth whose walls presented a reimagined version of Sol Lewitt’s ‘Wall Drawing 51’, joining all the architectural points on the surface with a chalk line. Shown lights like ‘Eureka’, ‘La Mano De Dios’ and ‘Fel_Light_Tio’ each blend cast concrete volumes with electrical light sources. A bulb breaks free from the head of a male bust, a light appears from the mouth of a sleeping figure, and a hand holds a source of illumination within its grip. 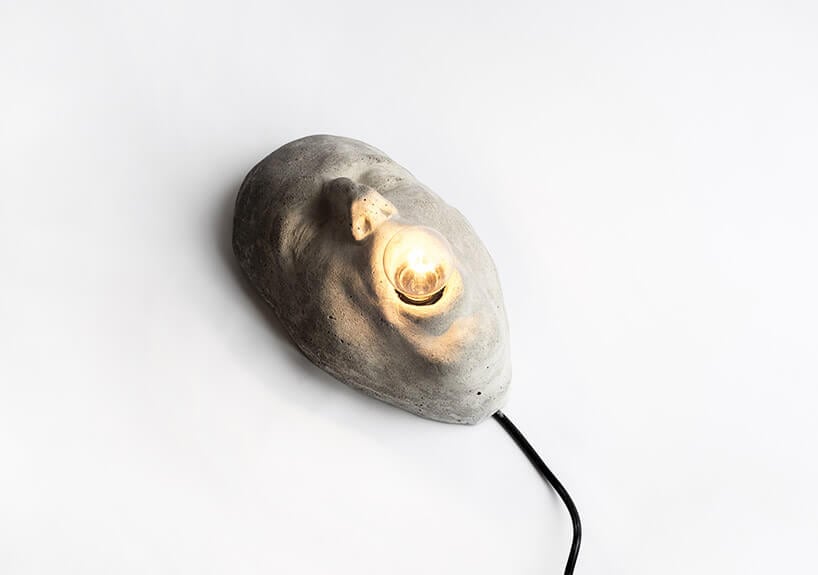 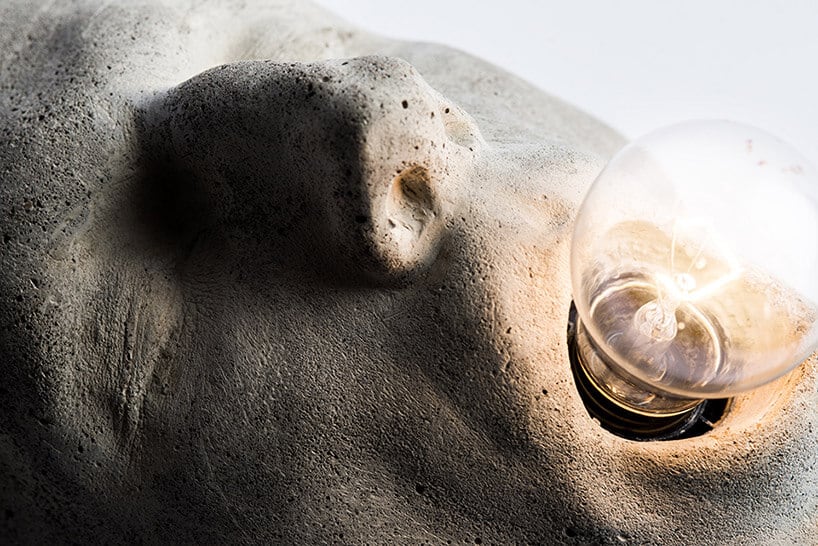 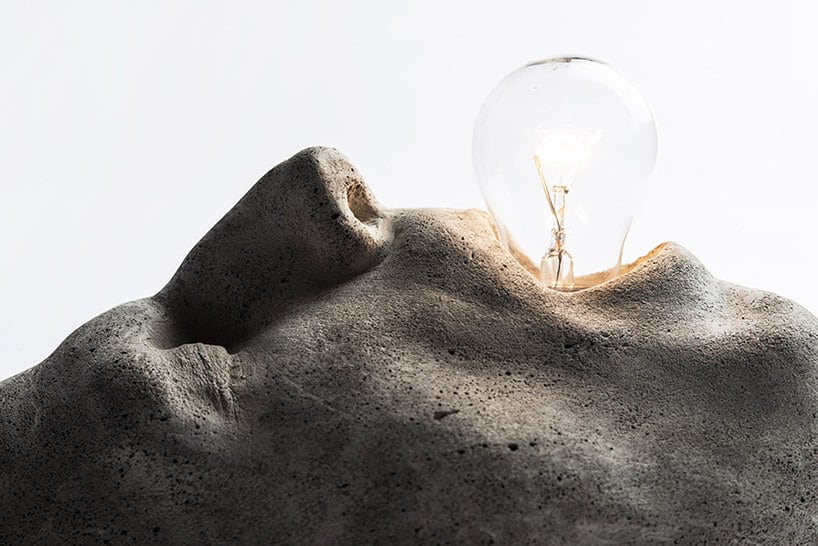 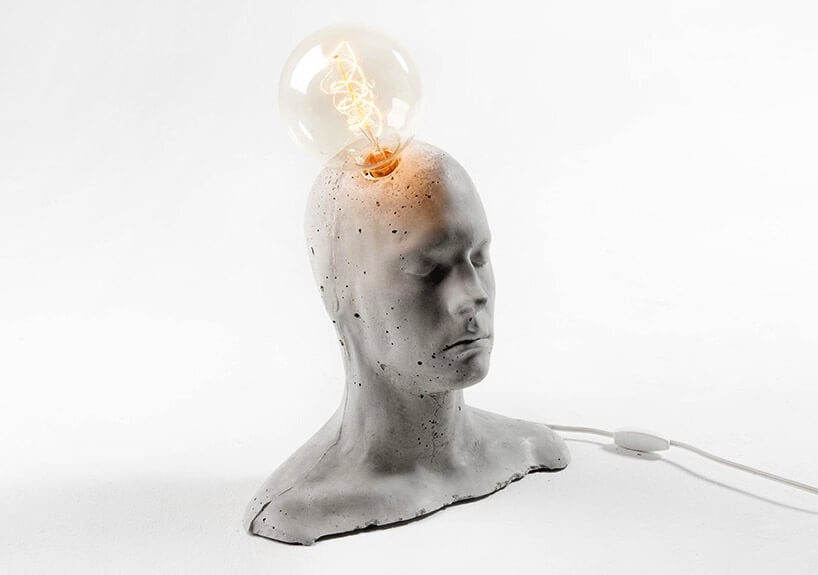 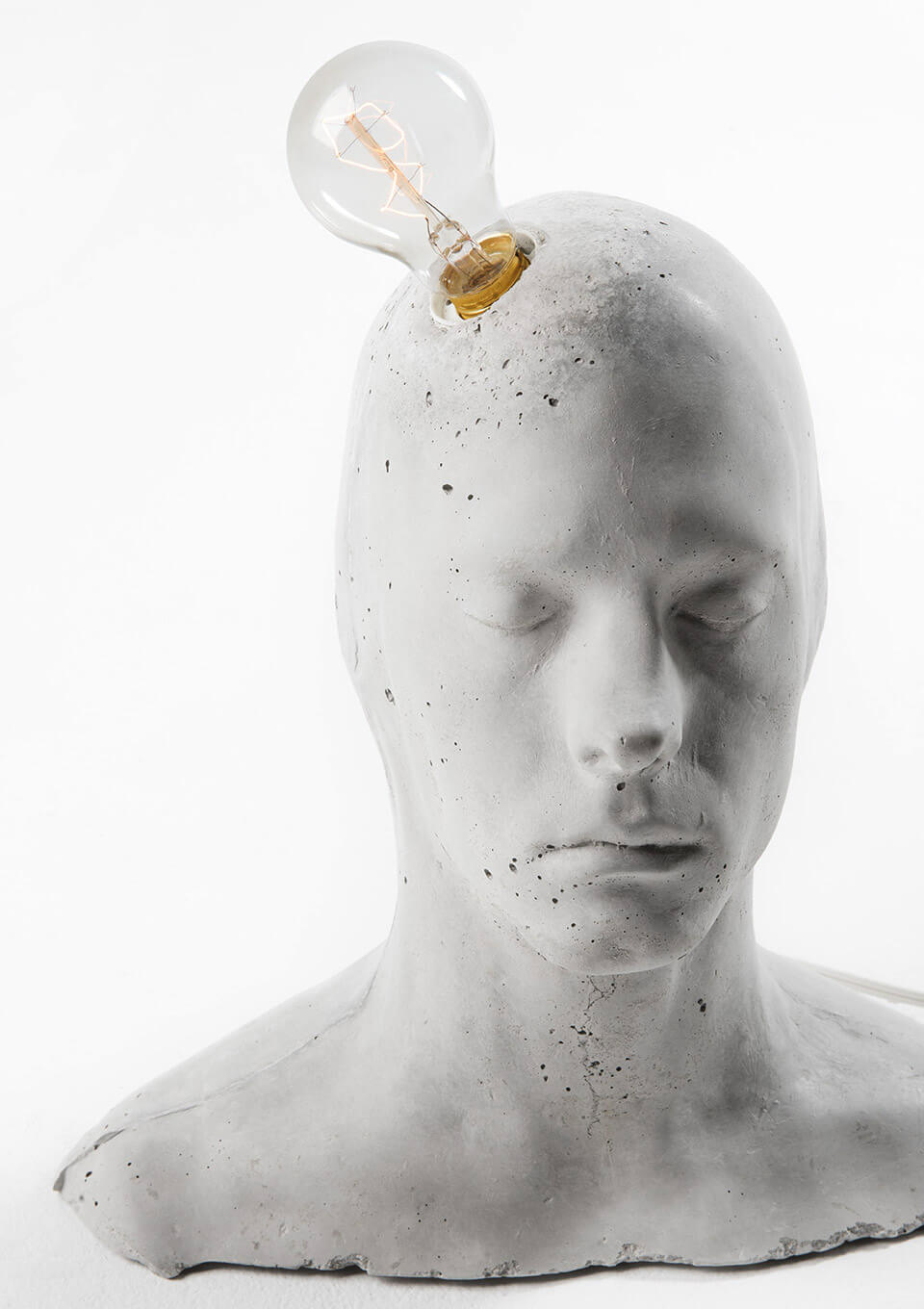 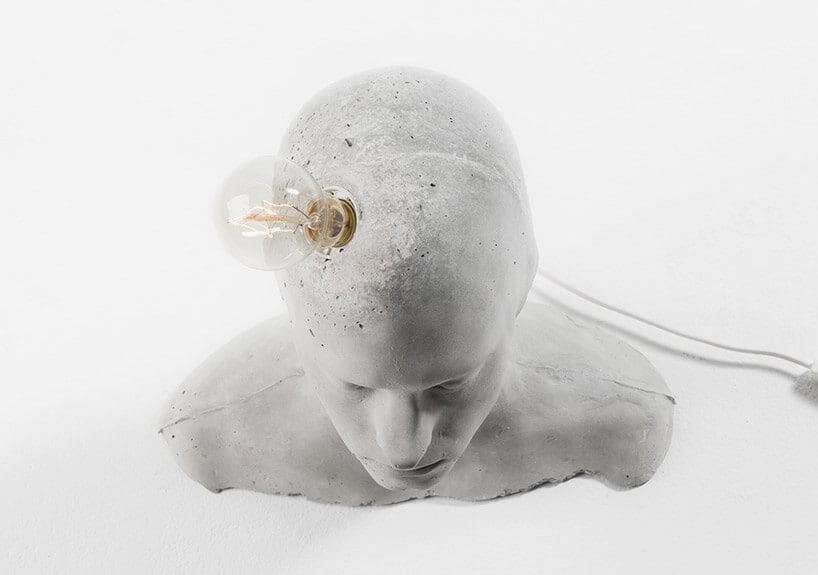 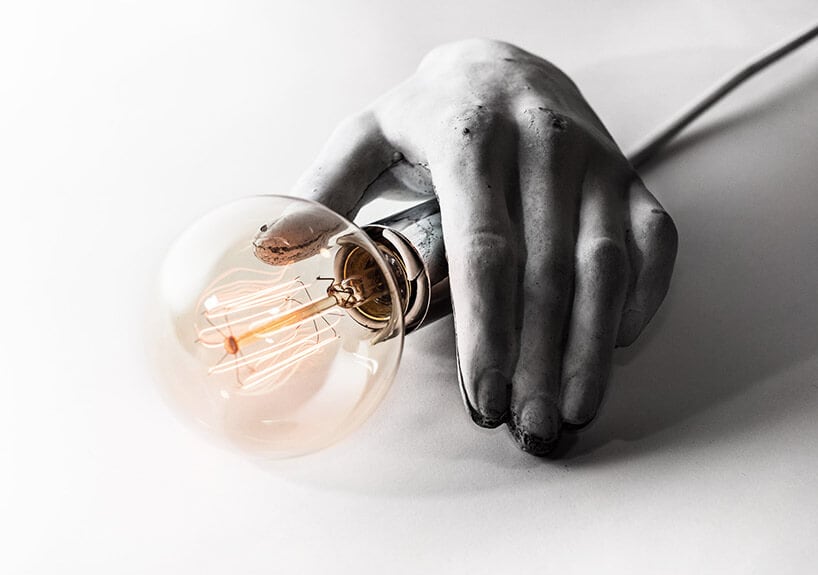 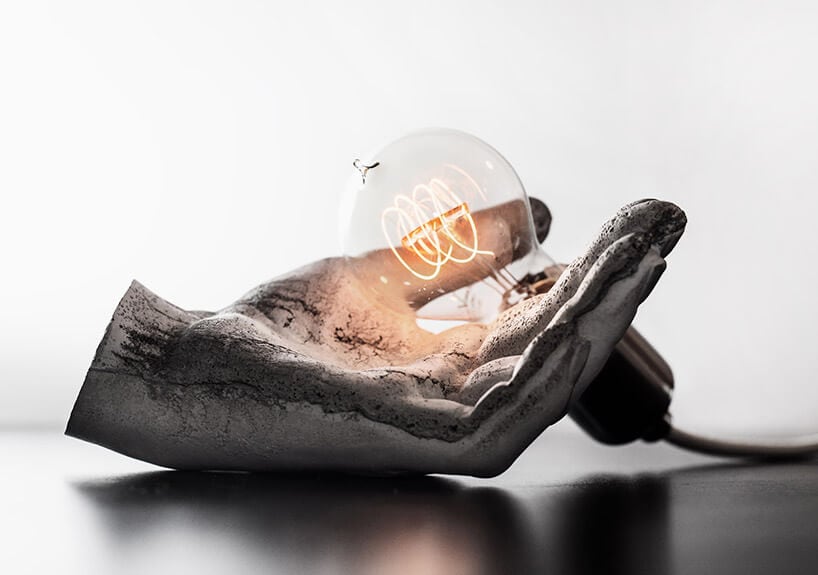 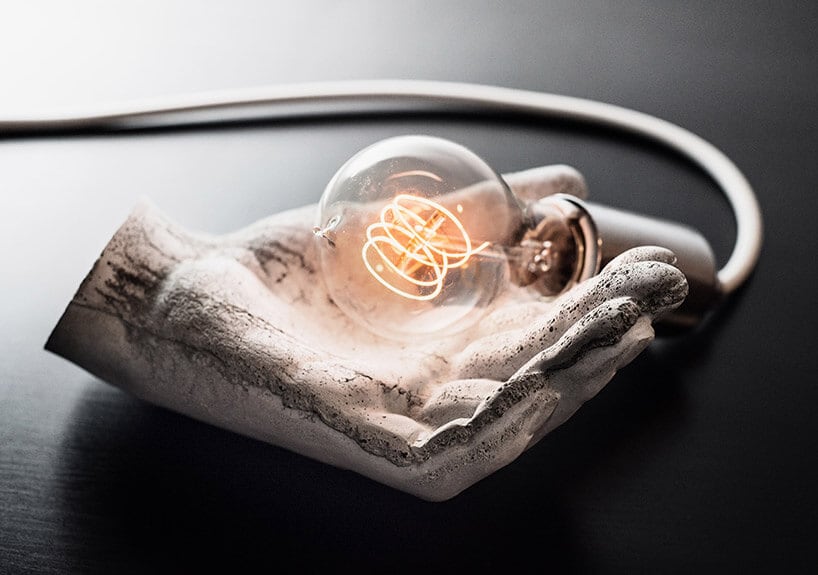