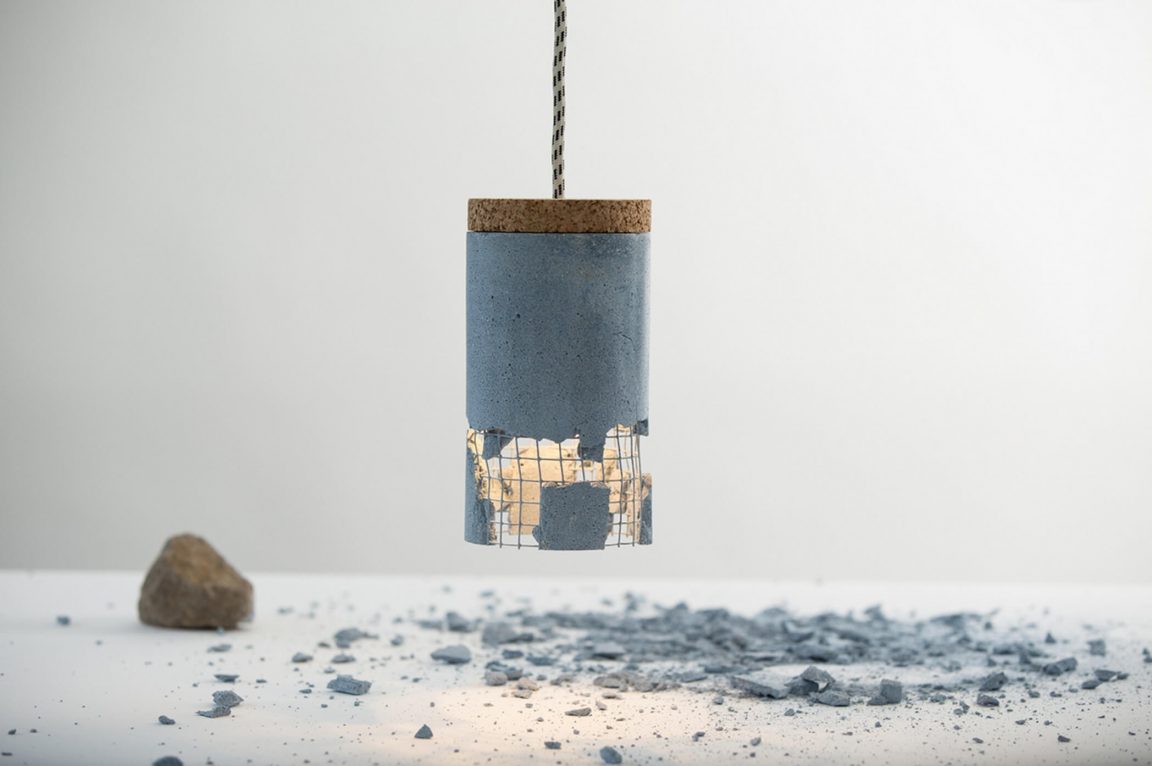 Rock comes with all the Slash concrete lamp by Bucharest designer Dragos Motica. Therefore, the user can crush the shade to reveal the reinforcing steel net.

Unpacking further shows the lamp itself, which Dragos Motica made from birch plywood, an LED bulb plus a reinforced concrete color encased in concrete. The consumer has the choice to leave the lamp as they find it, or use the rock to smash balls of the cement to expose the wire mesh and light bulb inside.

“By dividing the lamp you are becoming the designer of a unique thing,” says Motica. “By leaving it unbroken, you opt for the serialized object because you like it because it is. Thus you are taking a very subjective decision. The lamp is suspended from the ceiling by a textured cord, attached to a carabiner and bolt to enable its height to be adjusted. “The materials are inspired by industrial facilities, construction sites, rope climbing, and spool for high voltage wires. I aimed to use quite common and affordable materials. By doing so, I wonder the final product’s value, its meaning to the consumer. Another reason for using concrete was the aesthetic of refined light passing through busted fortified concrete,” he added.

The lampshade is generated by pouring concrete into a silicone mold and above the cable net. A cork core cut on a computer numerically controlled (CNC) device could be inserted into the concrete form to protect the light bulb when the concrete is crushed.