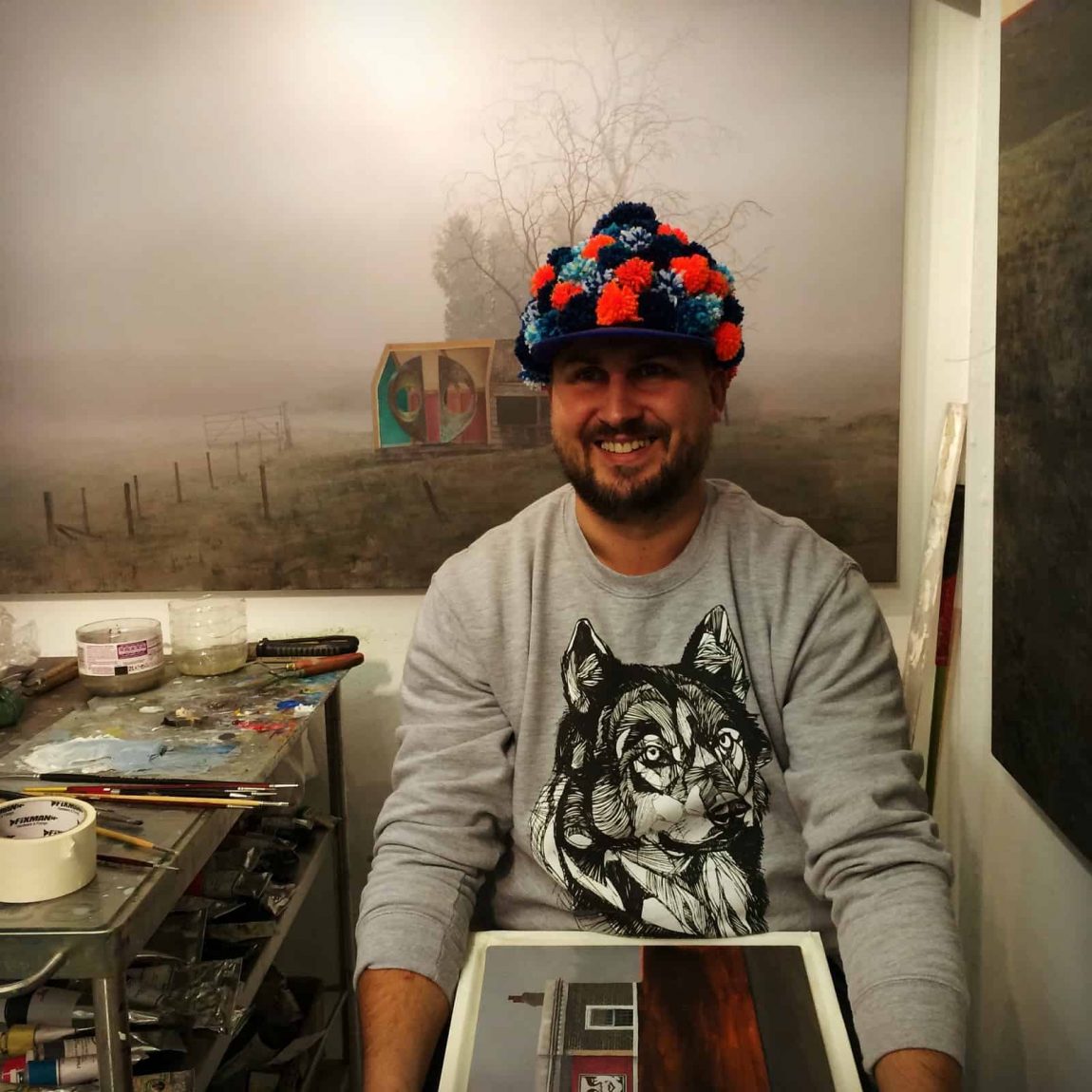 Born in the Highlands of Scotland in 1979, I recall drawing from a young age; obsessively drawing and drawing re-drawing pictures, attempting to attain perfect scale and interesting methods for inventing images.

Through this compulsive process, and drawing on my education in illustration and design (Edinburgh‘s Telford College 1997-99). In the summer of 2001, I took the plunge holding a solo series in Grantown-On-Spey museum with landscapes in watercolors and ink. For the next nine years, I continued with landscape painting achieving some commercial success, holding a variety of shows throughout Scotland, gaining some great commissions from members of their exclusive Carnegie Club, amongst others. But when I was not painting landscapes, I was sketching a different universe. One which had to be researched. In 2010 I relocated to London deciding to use my lifelong nickname ‘Mackie’ to pursue this new idea. I’ve since returned to my real name, however. Only a phase.

In a great 2014, I made a real breakthrough winning the National Open Art Competition and taking part in the John Moores Prize.

Solo exhibitions include ‘Where We Belong’ with Bo.Lee Gallery in Miami Pulse, ‘ ‘You’re shit in the 80s’ and ‘We’re the Coca-Cola‘ at The James Freeman Gallery, London, 2015 and 2016, and The Hayhill Gallery, London, in 2013. My job has been included in several groups shows including ‘Here Today…’ curated from Artwise, Art16 with Bo.lee Gallery, The Royal Academy Summer Exhibition, and the Lynn Painters Stainers Prize.