Artist Jason Ratliff shows the power of imagination through shadow. His whimsical works feature children posing, as their big silhouettes take on the fantastical vision of superheroes like Batman, Catwoman, and Spider-Man. These superheroes, created in a bright and low-poly style, represent dreams and goals.

“It’s about how a kid can be anything they want to be,” Ratliff says of his aptly-titled series, Super Shadows.

Originally, the artist had produced a single piece named Hero, which represents a young boy casting a sturdy “Superman” shadow. Without any real intention of developing in the series, the amazingly positive reply this one illustration received encouraged Ratliff to create a whole collection around the interpretive idea of children with larger than life aspirations. 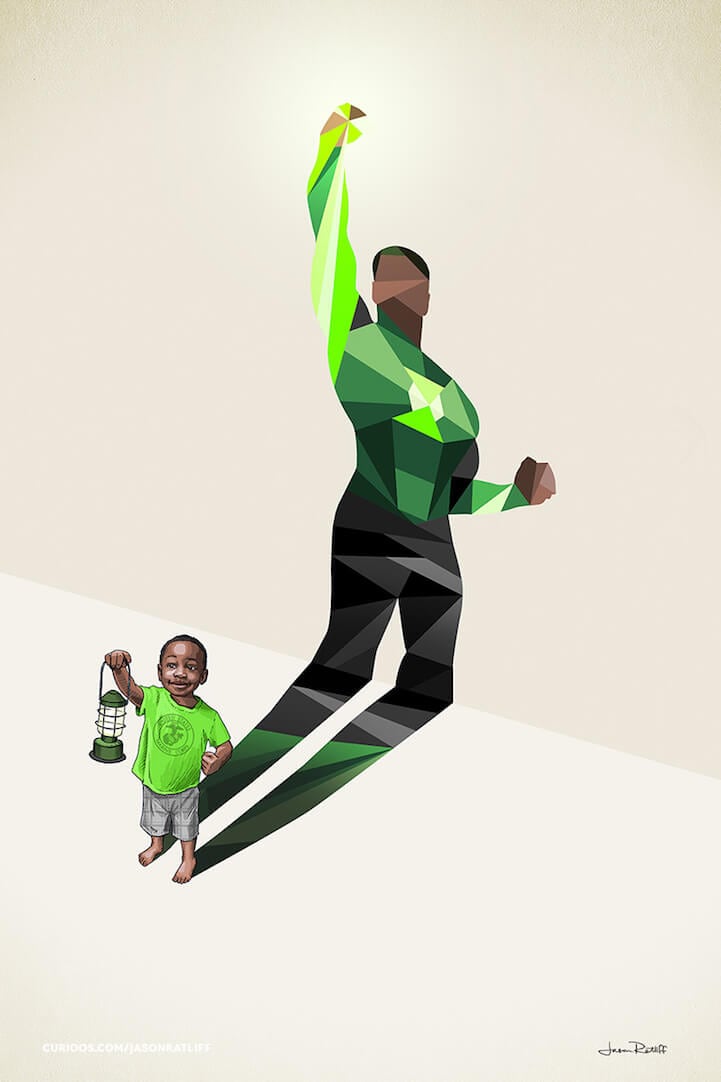 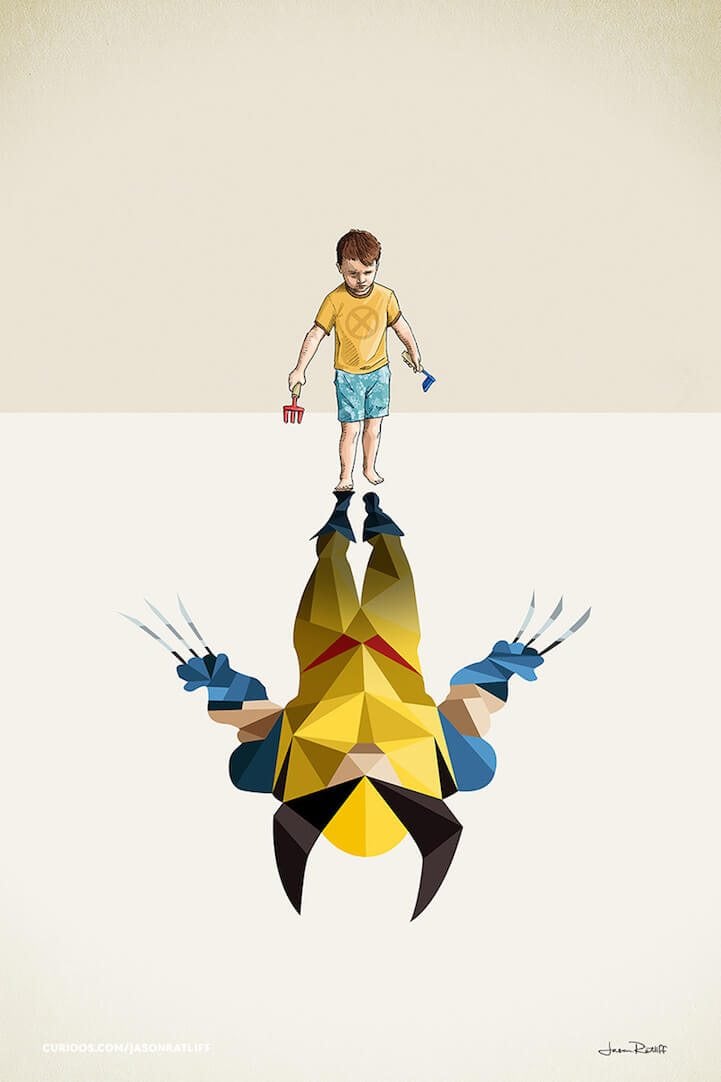 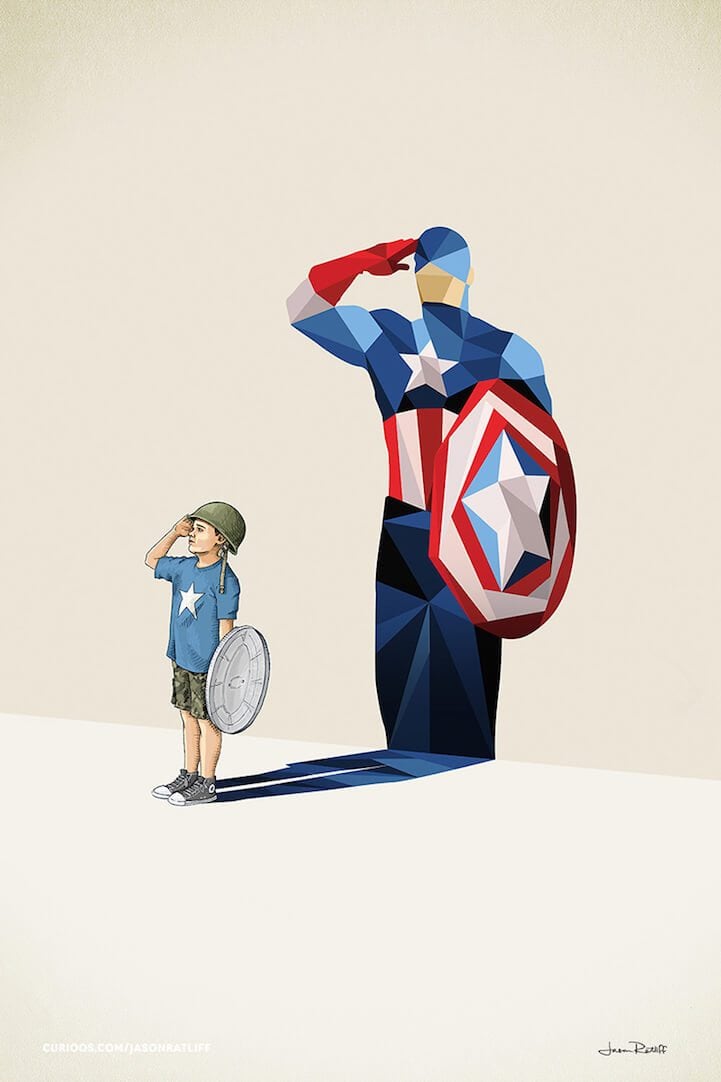 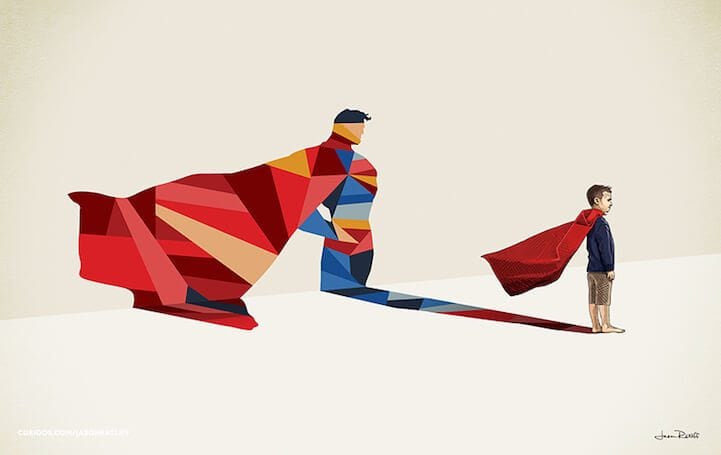 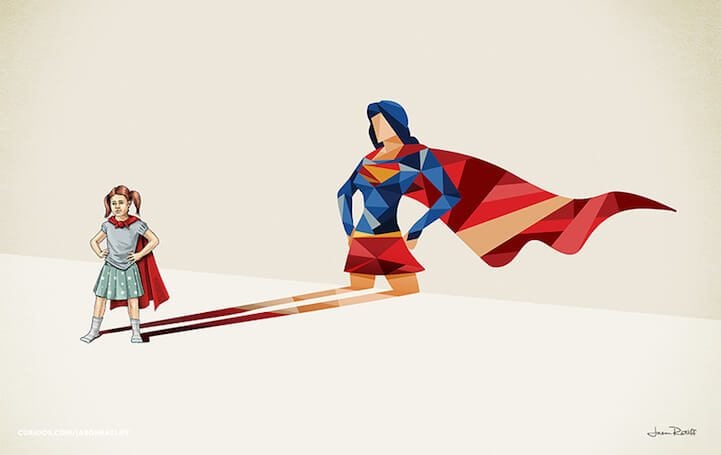 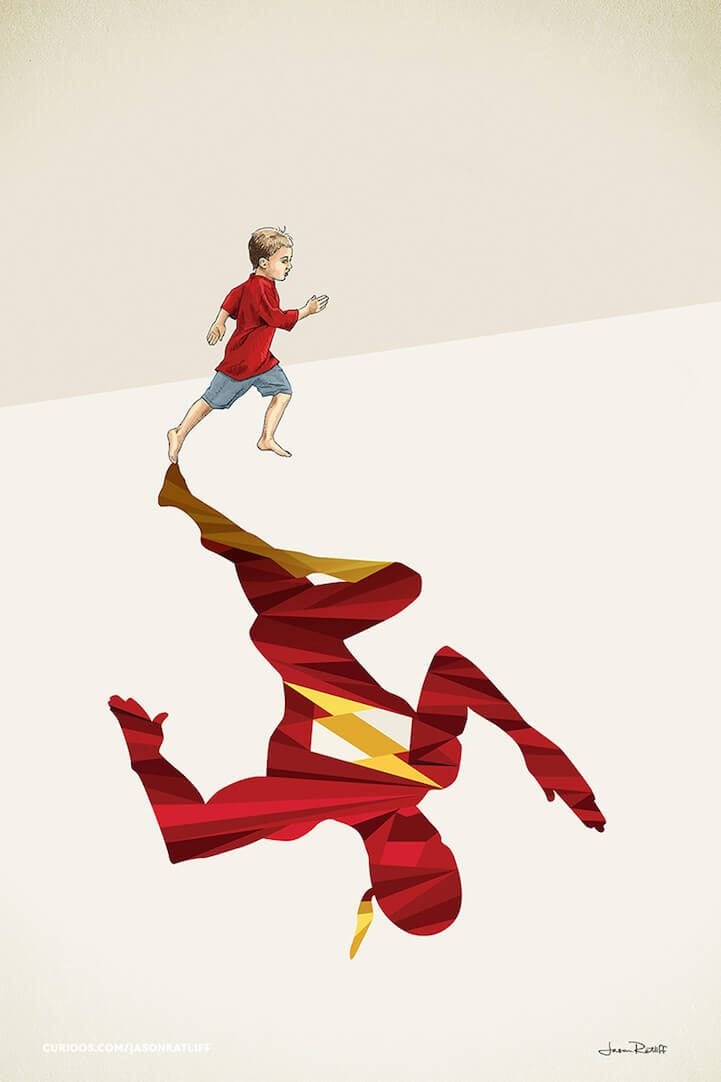 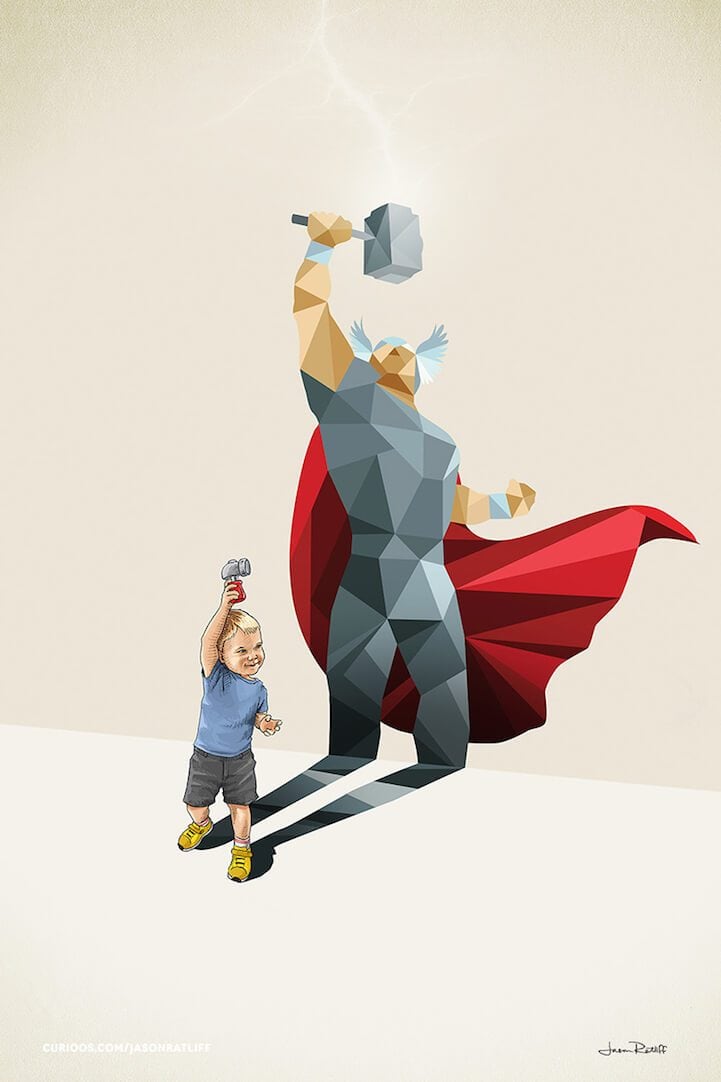