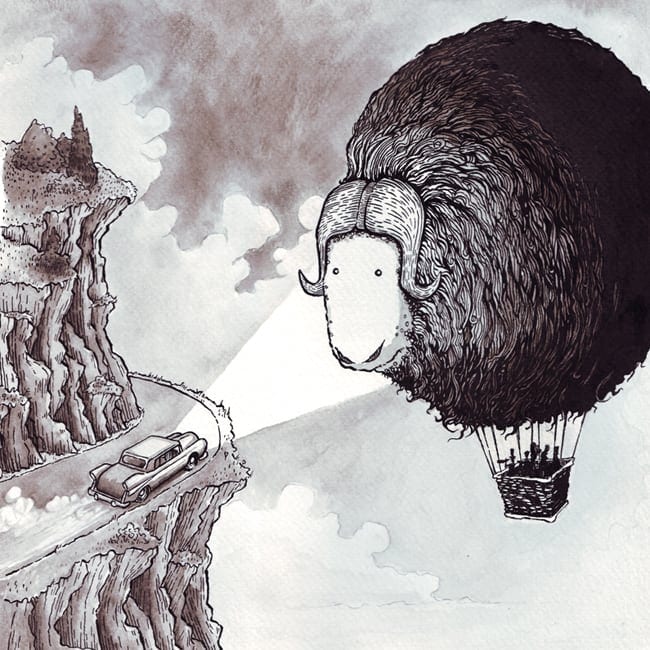 Mat Pringle was born in South London where he spent idyllic childhood climbing trees and drawing dinosaurs. After a few false starts he studied graphic design at the London College of Communication before eventually stumbling his way into the murky world of illustration.

He now spends his time doing fantastical figurative illustrations with occasional epic attention to detail; working predominantly with dipping pen and ink. In the last few years he has expanded into print-making with the guidance of Print Club London but has since set up a ram-shackle screen-printing studio of his own. He still draws dinosaurs only not quite as well.