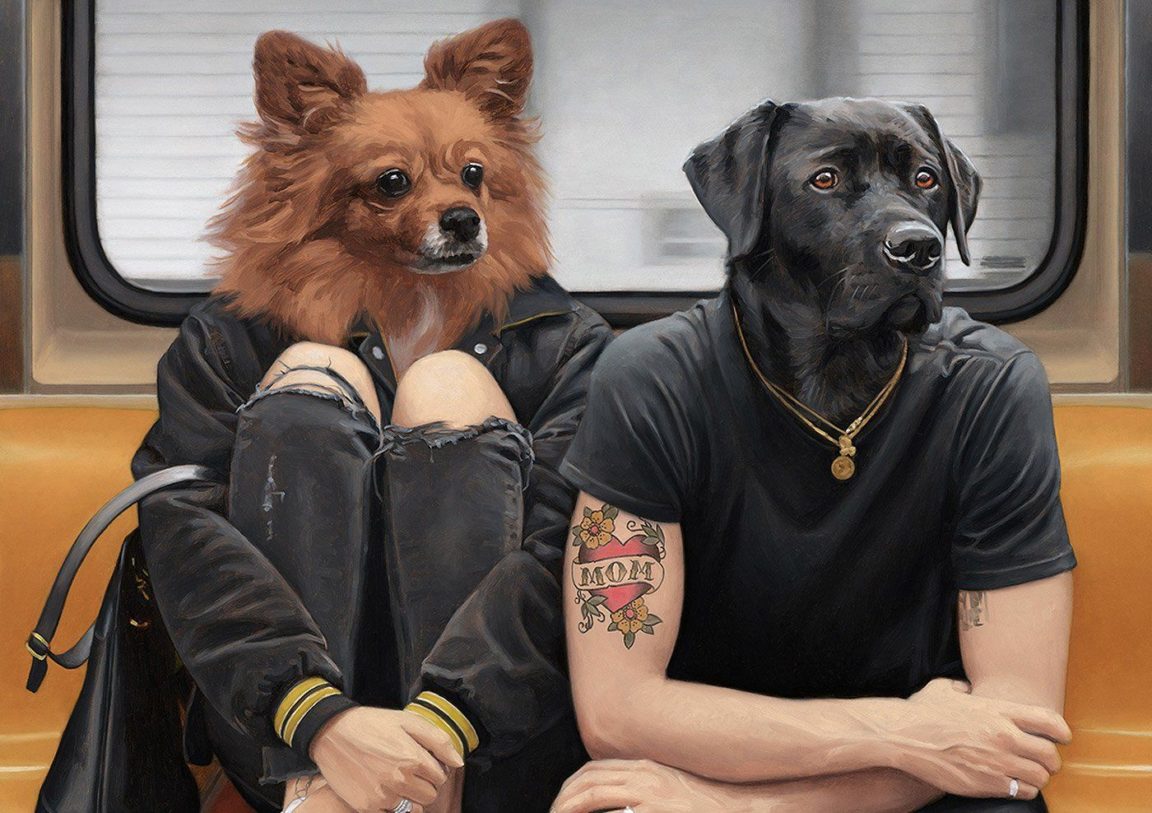 Matthew Grabelsky, previously based in Los Angeles, is back with a new batch of oil pictures of people with animal heads carelessly operating the New York City subway.
The paintings fuse the ordinary with the surreal, as others on the commute and the circumstances prevail neutral to the hybrid beings.
Throughout many years, that the artist spent in New York’s subway as a child, his fascination with Greek mythology begun. Tiny details entailing posters from zoos, T-shirts, stickers, and toys add the entertainment to the art while light rebounding off subway molded sets show Matthews’s technological expertise to paint surreal scenes.
In a recent conversation with Thinkspace Project’s blog Sour Harvest, the artist spilled the beans, saying that his figures will soon get removed from the subway. His concept entails his characters to start on the tube and afterward proceed to the outer world. He plans on setting the painting in different locations all over the whole of New York. He was born and currently is living in LA, he expects to move his art also to this city at a certain point in his life.