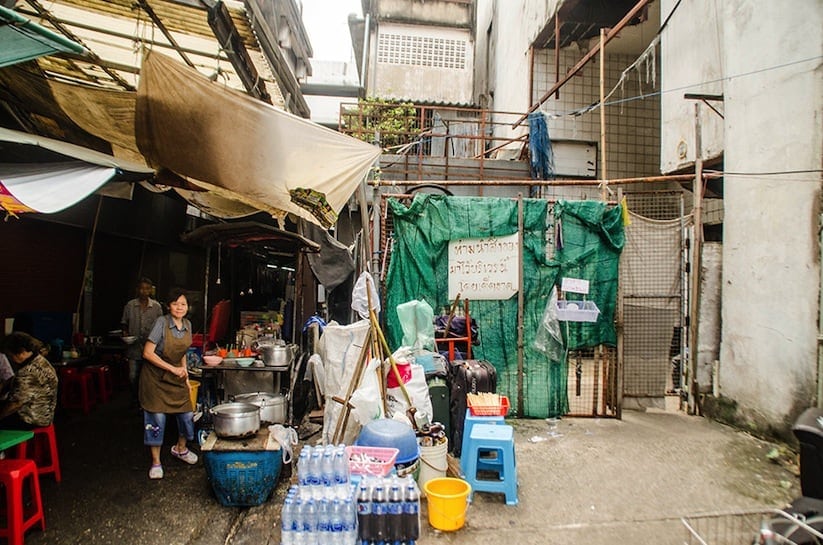 This abandoned mall in Bangkok, Thailand, hides an unlikely secret behind it’s walls – it is home to thousands of fish, which freely roam the mall’s flooded floor. The mall was closed in 1997, and a fire in 1999 left it without a roof. During the rainy season, the mall quickly flooded with water, which created a perfect environment for a mosquito outbreak in the area. To get rid of them, the locals came up with a great idea – to breed freshwater Catfish and Koi fish in the mall’s water so they could eat the insects. Now the mall hides one of the biggest natural aquariums in the world. Professional cook, writer and photographer Jesse Rockwell visited this mall to take some photos, which tell a disaster movie-like story of nature reclaiming the land. 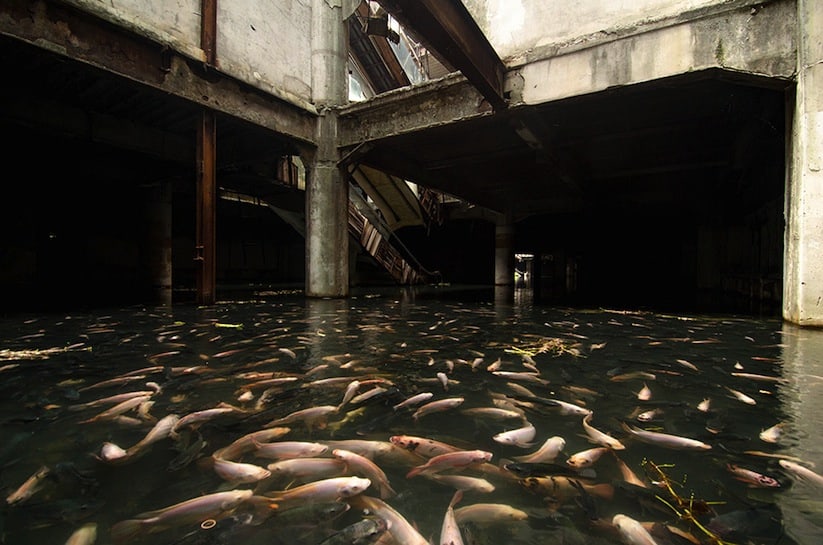 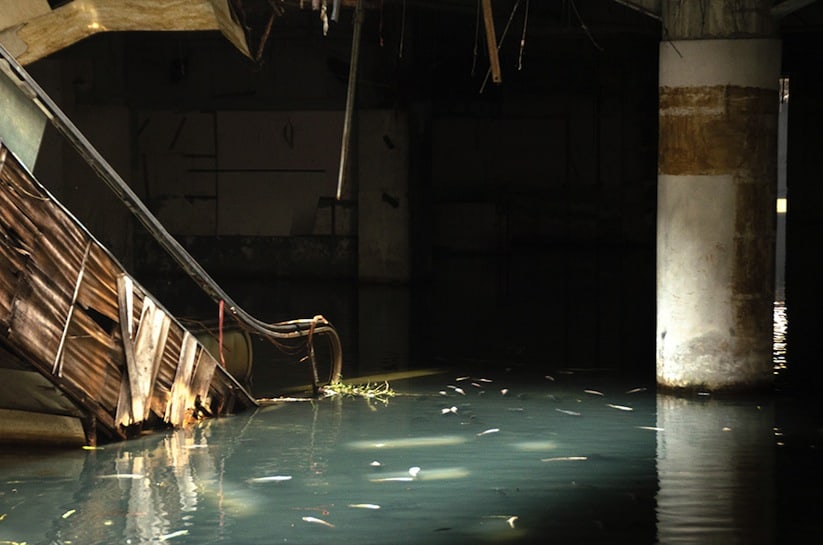 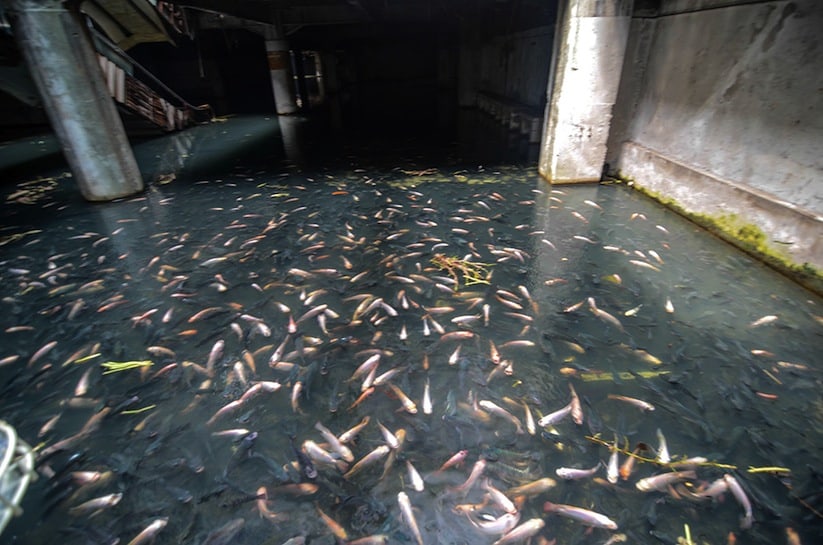 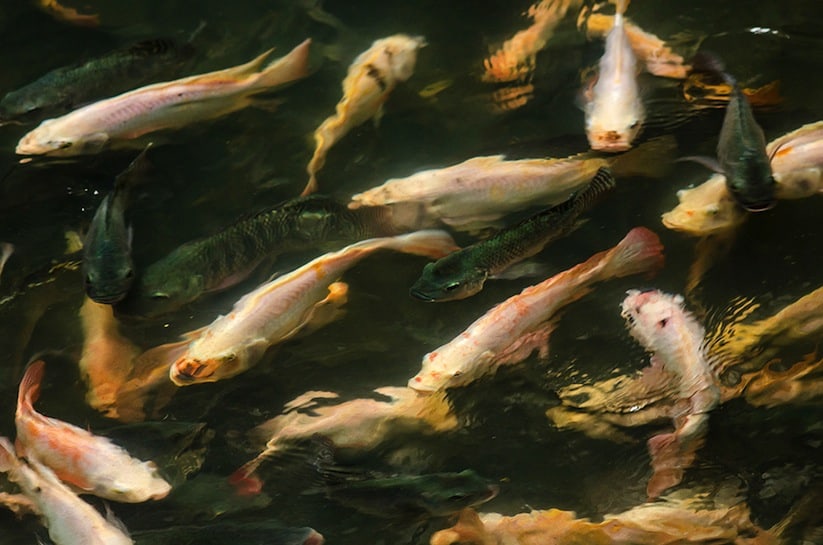